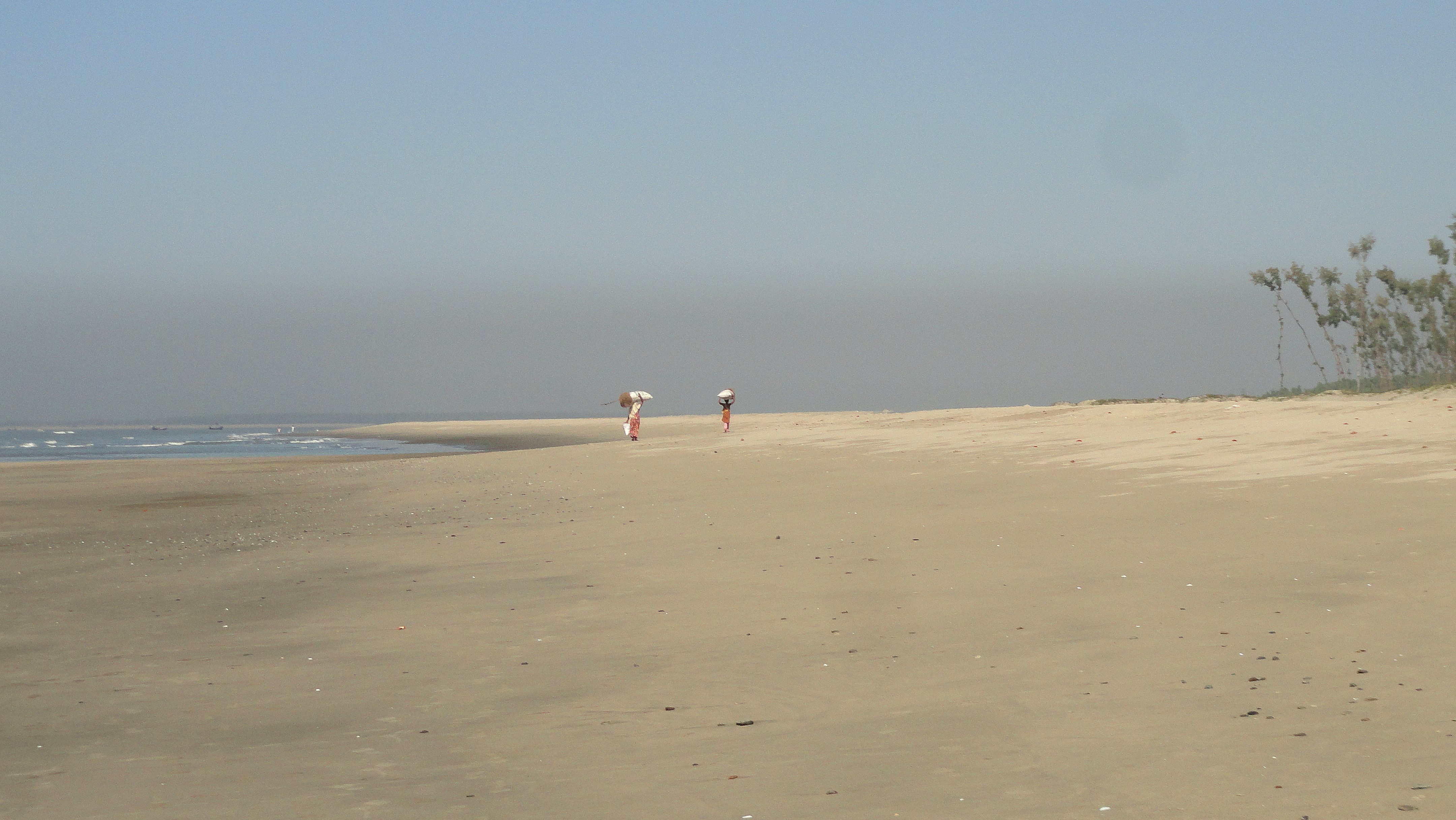 And so we come to the final entry with photos I took on the beaches of Cox’s Bazar town while I was living and working there between October and early February. In this entry are other photos I’d taken on my frequent walks during the weeks of my “Longest Beach” commitment. There’s natural beauty, there’s human trash, there are the enormous early-morning crowds on Friday, and there are many fond memories. Now that we’ve celebrated my mother’s amazing life at an event yesterday, I’m coming back to wrap up my own memories of Bangaldesh and remind myself that while I and my family and friends have been grieving, the rest of the world has gone on with its business, including shells washing up on the shores of the Bay of Bengal, and crowds laughing and joking and playing soccer on Friday mornings. Though now it’s no longer peak season, the crowds won’t be as large. Enjoy. Thanks. 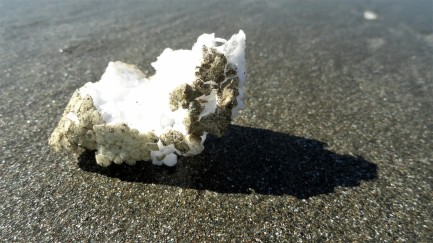 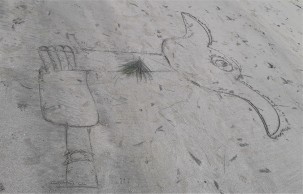 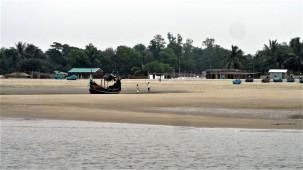 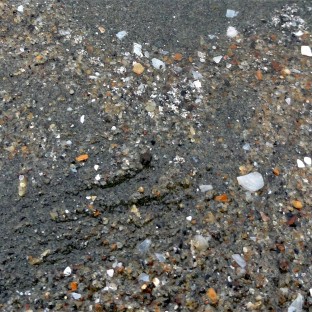 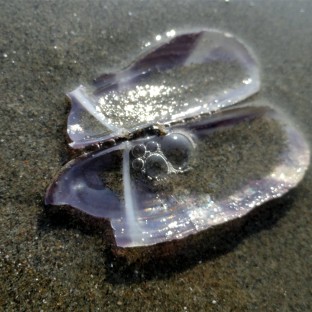 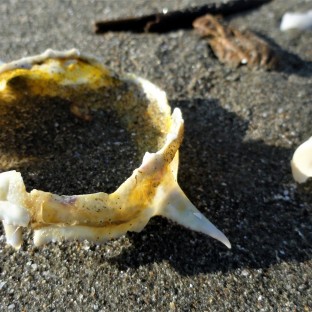 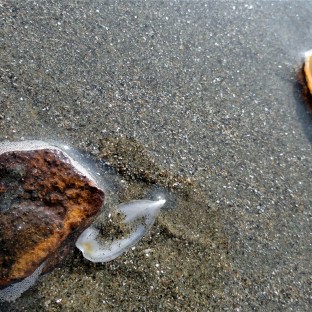 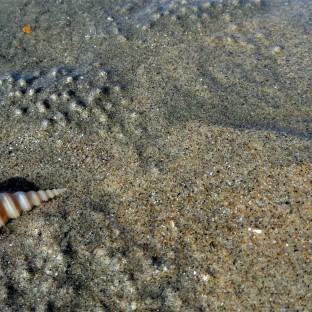 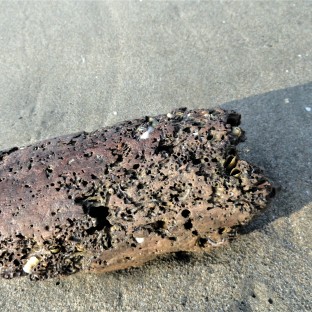 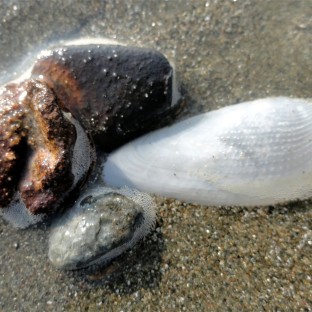 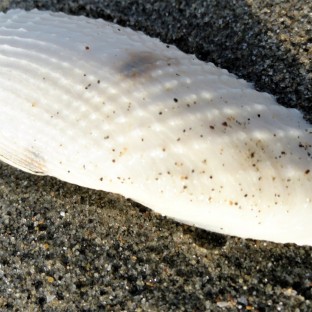 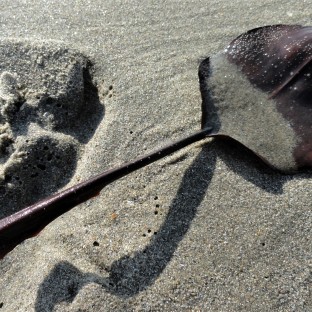 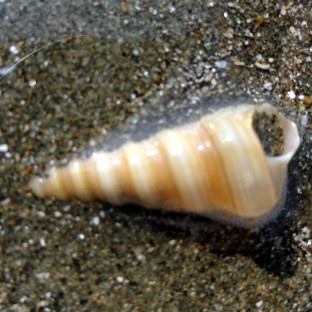 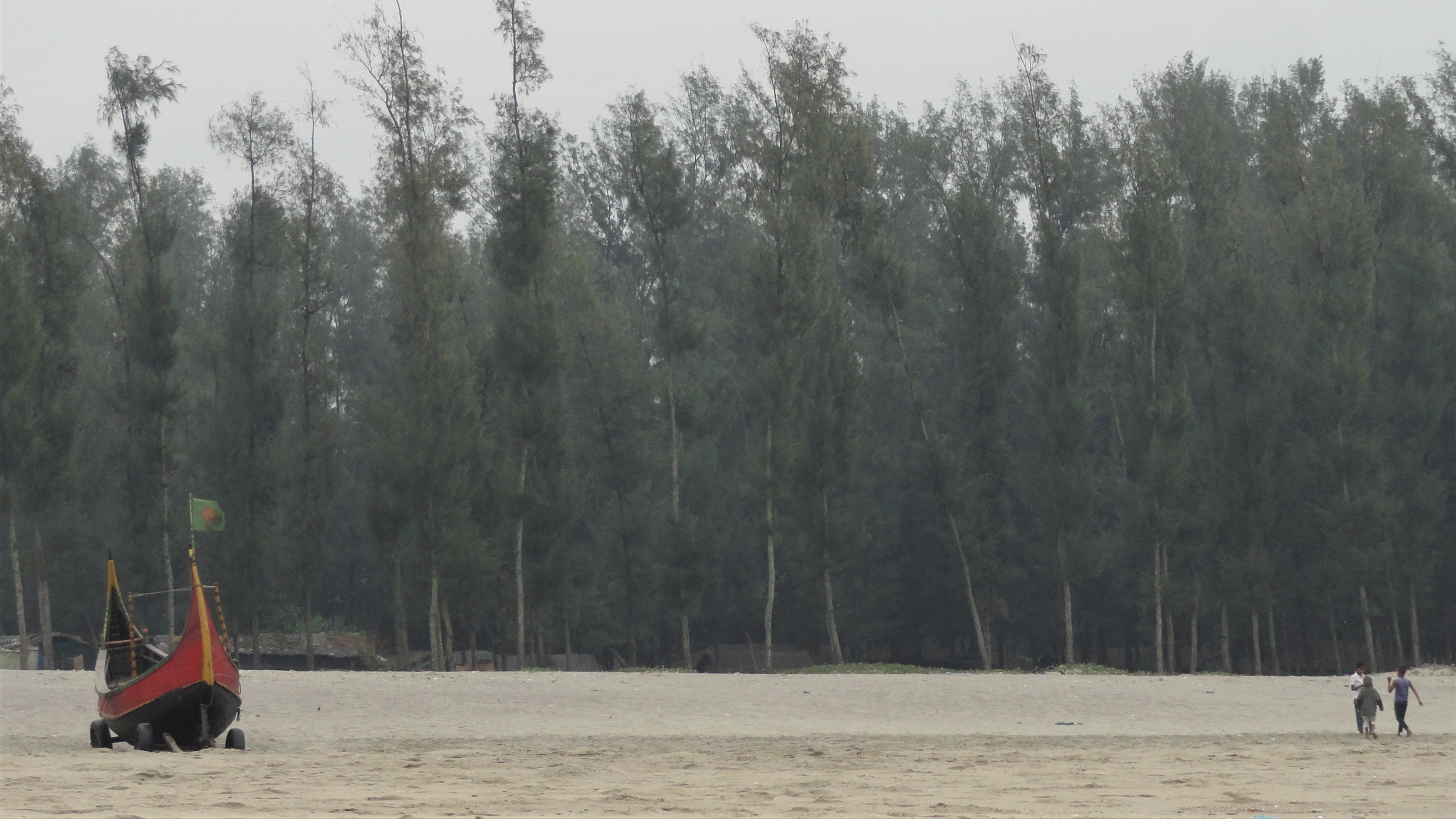 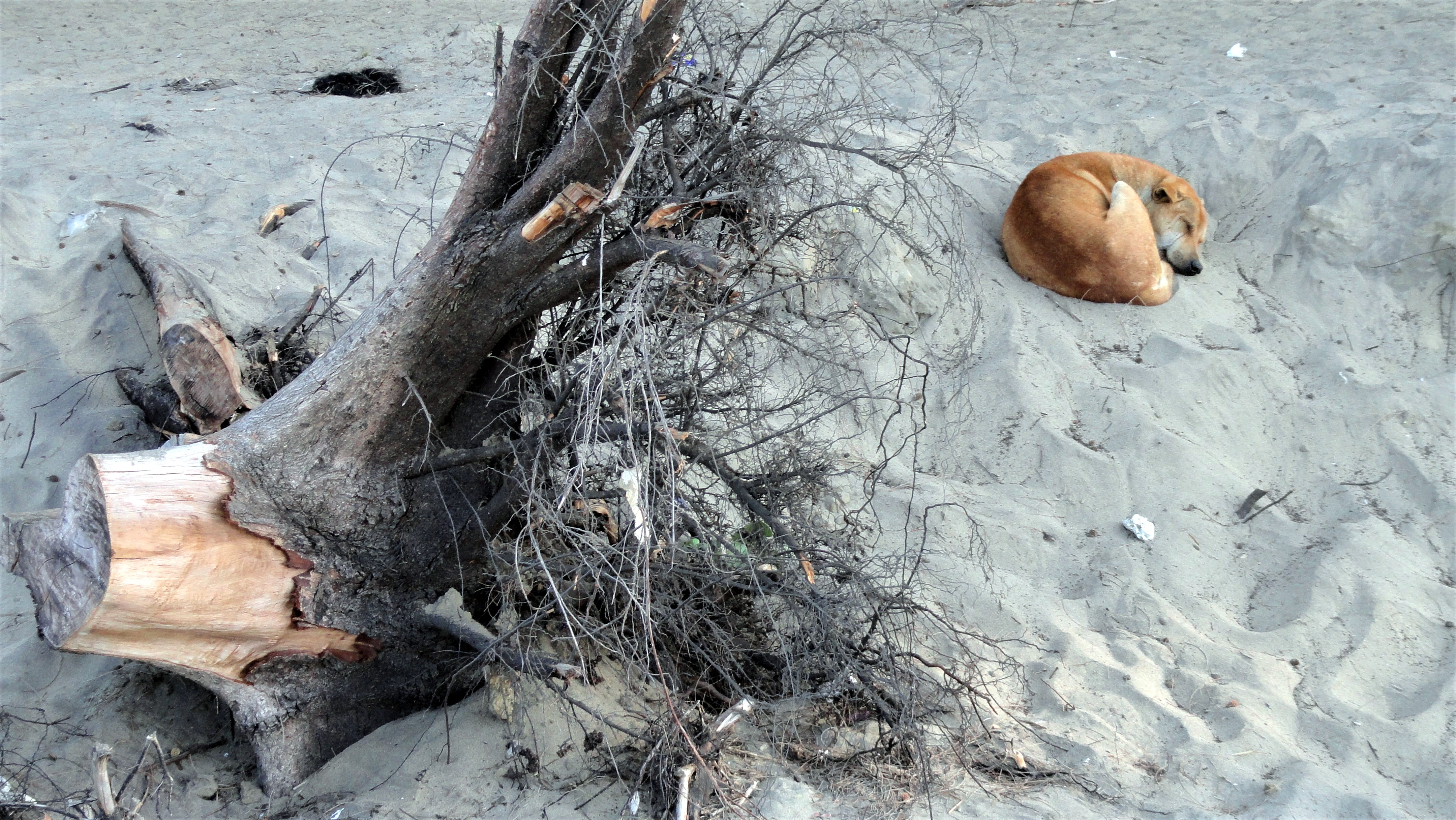 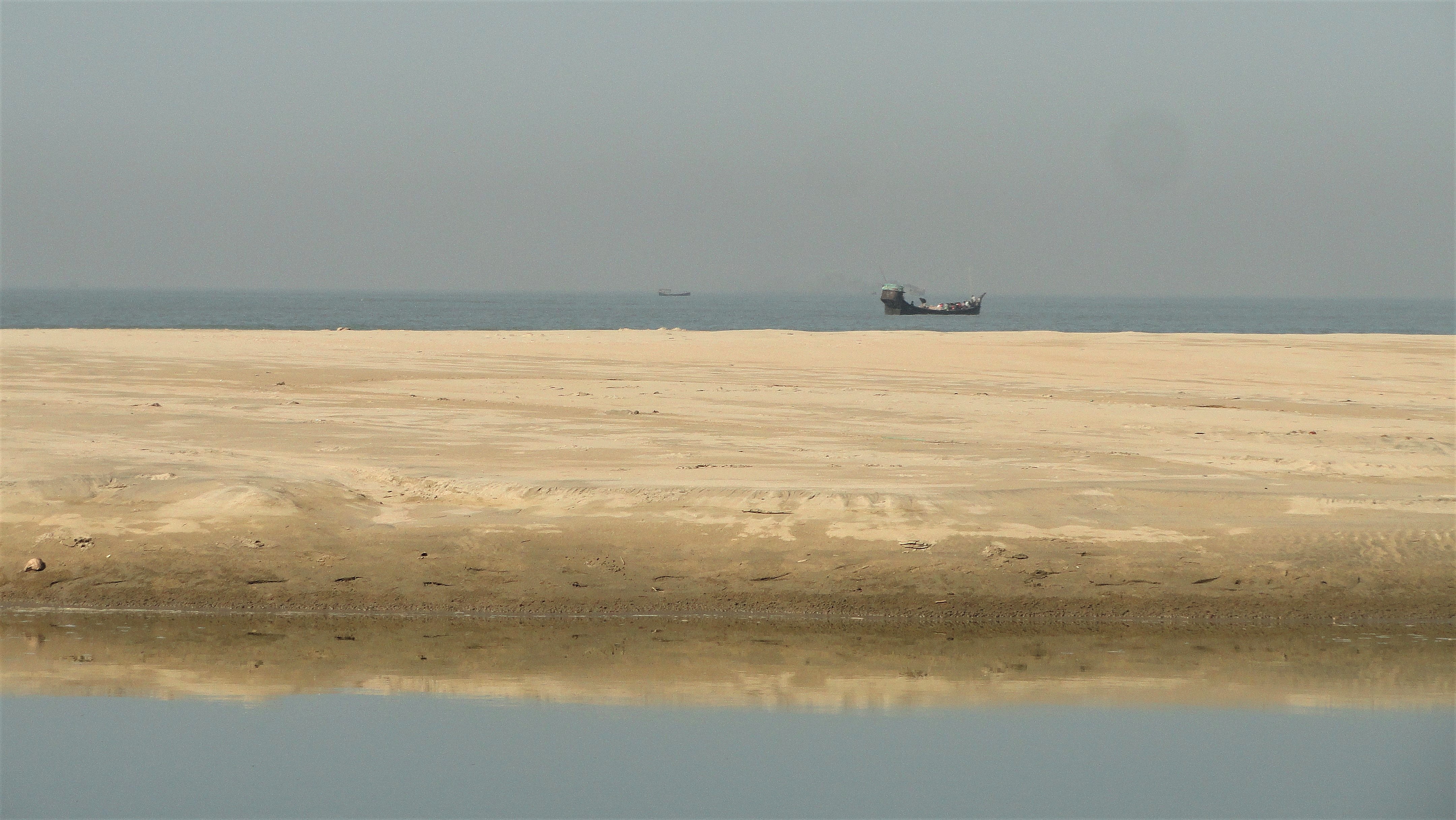 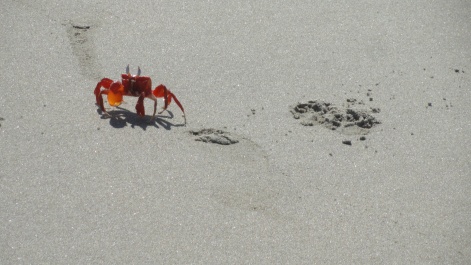 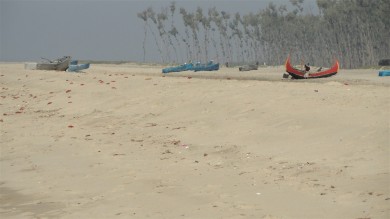 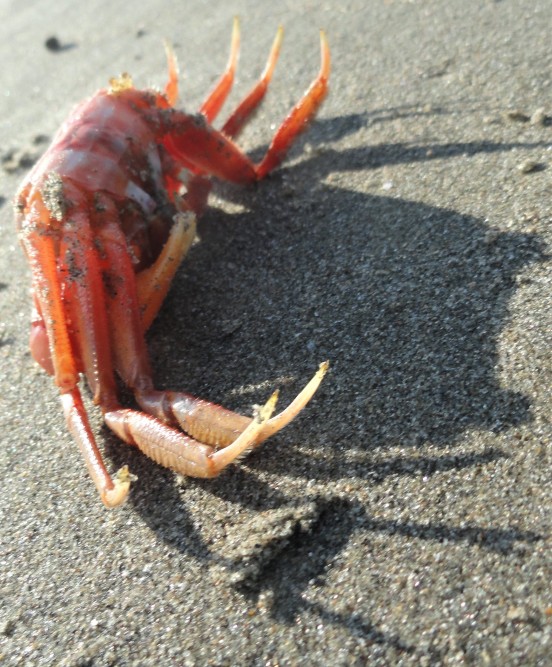 Look closely in the photo with boats in the background: see all those red dots? People used to deciduous trees whose leaves turn red and fall to the ground each autumn many instinctively think: fallen leaves! But no: these are sand crabs, bright red and with protruberant eyes which I’ve never yet succeeded in photographing. I’d need a far better telescopic lens than comes with the pocket digi-cam I carry with me on these beach walks. They evade large moving objects rapidly, by disappearing down holes which dot the beach, like the one you see above to, right. Top left, and below: we think this guy was sick and lost: he was still able to scuttle, but slower than usual, and seemed to have become separated from his burrow. I suspect he ended up like one of these other ex-crabs I’m showing you above. As the Lion King’s song says: Circle of Life, eh?

I can’t say that I *know* this, but my instinct strongly tells me that the pine trees planted along much of the coastline in Cox’s Bazar district are the result of a program to resist coastal erosion. They do not seem at all haphazard, but instead regularly spaced in the manner of trees I’ve seen on tree farms around the world. On a recent beach walk I chatted with a colleague, who at first said he didn’t much like the trees – after all they’re not the most beautiful of trees and they do shield the beach view from a distance. I pointed out what I thought it meant about mature, evidence-based government policy to use what is likely a well-chosen type of tree (I’m betting these trees tolerate sandy, salty and windy growing conditions quite well) used as a bulwark against rising seas in a nation that’s really quite at risk. One could compare that favorably to the mature, evidence-based policy-development skills of certain other nations or national leaders, could one not? 🙂 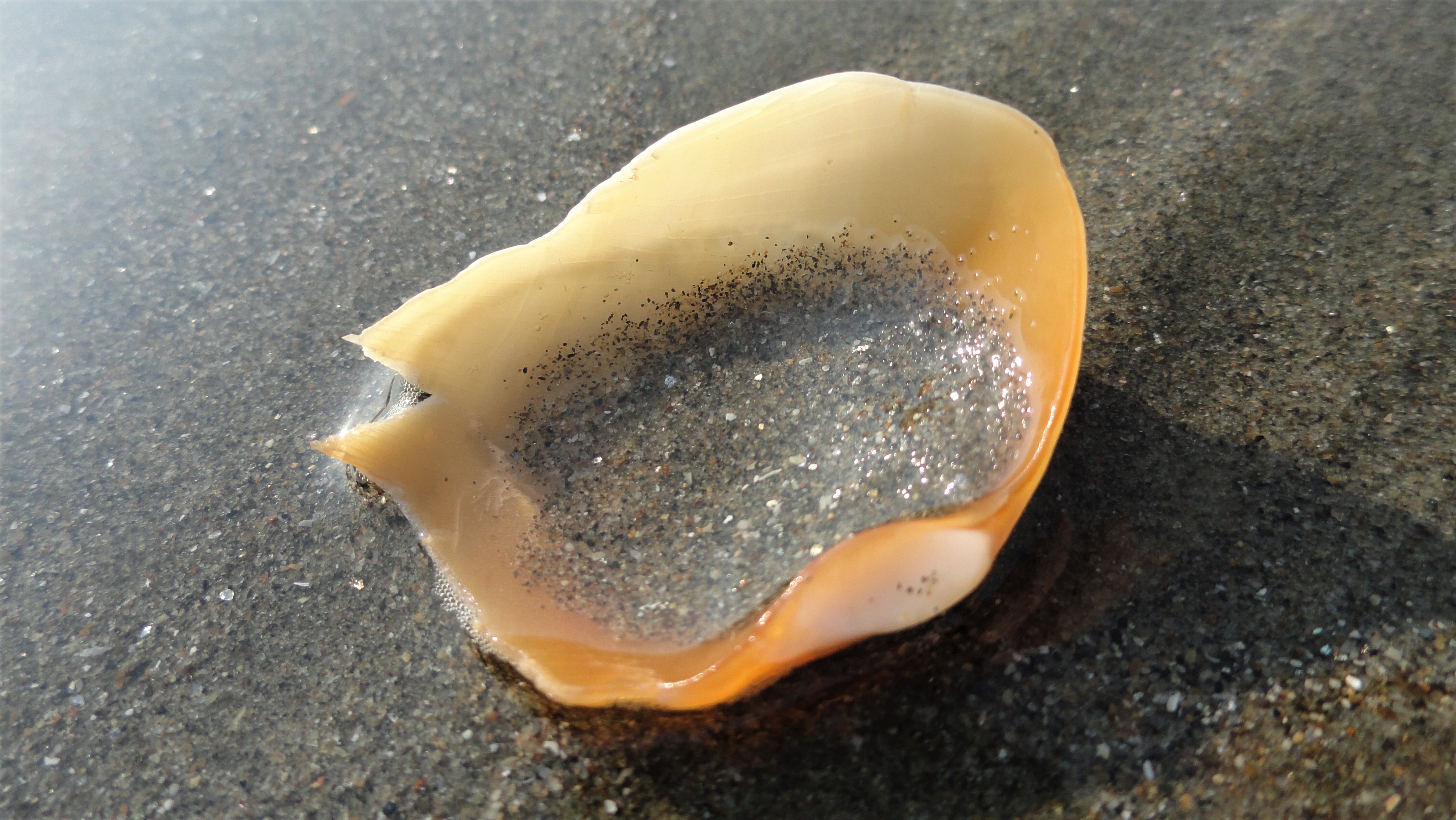 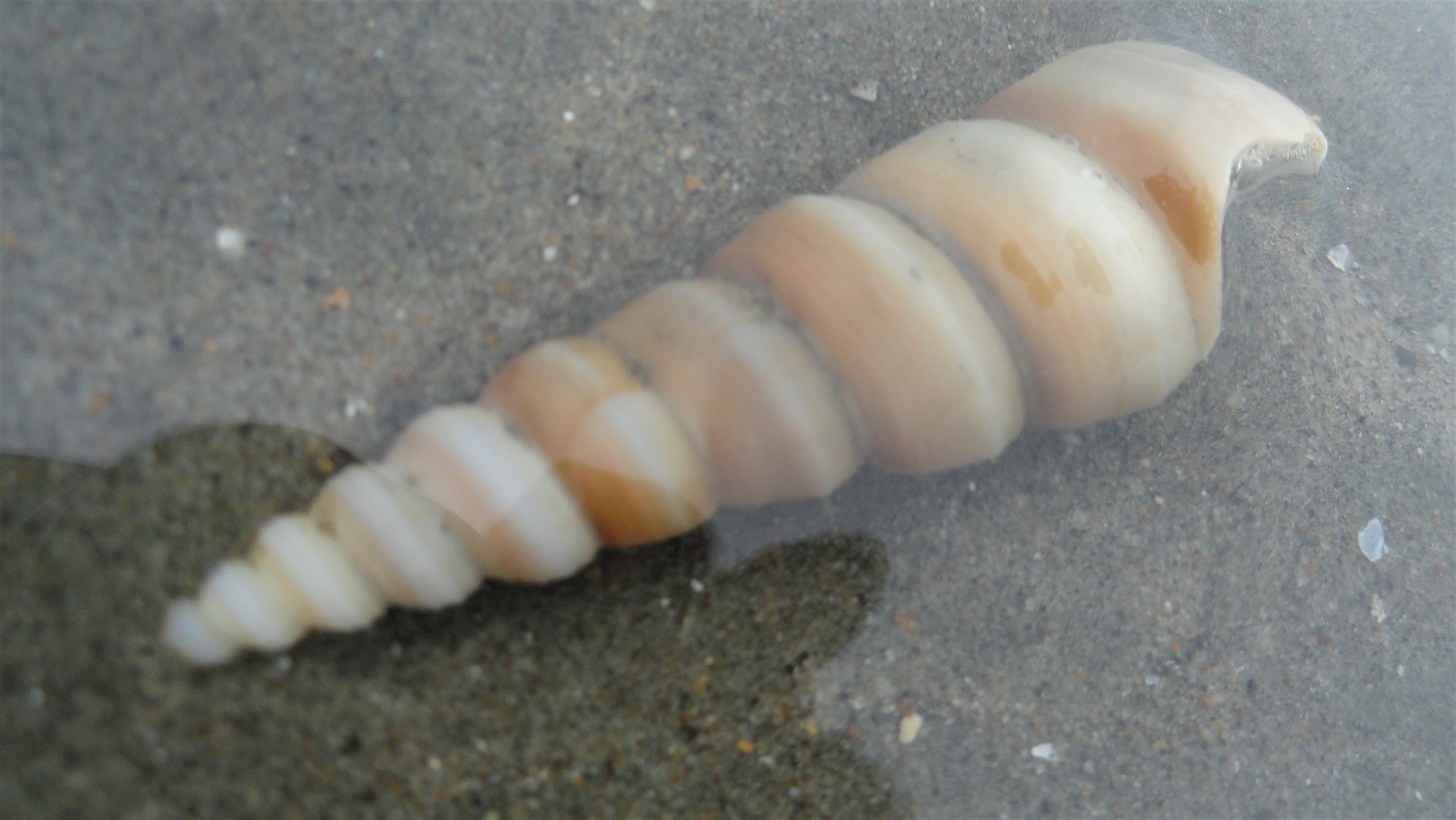 I began my regular beach walks during the end-of-year lull, when many domestic tourists (Cox’s is a major national tourist destination) chose to stay home before the elections. I’ve realized in the past week how many more people are back on the beach: not only do I see more people, I also see more signs of people and their stuff: cigarette packs, shopping bags, discarded clothing. Yesterday was the second monthly beach cleanup, an initiative from the UN & NGO community here to help clean up the longest sandy beach and show support for the local community. It’s also a fun way to meet new people and still get in a nice beach walk! 🙂

Yesterday I saw a few purple shells for the first time. I’d never seen them on my walks here before! 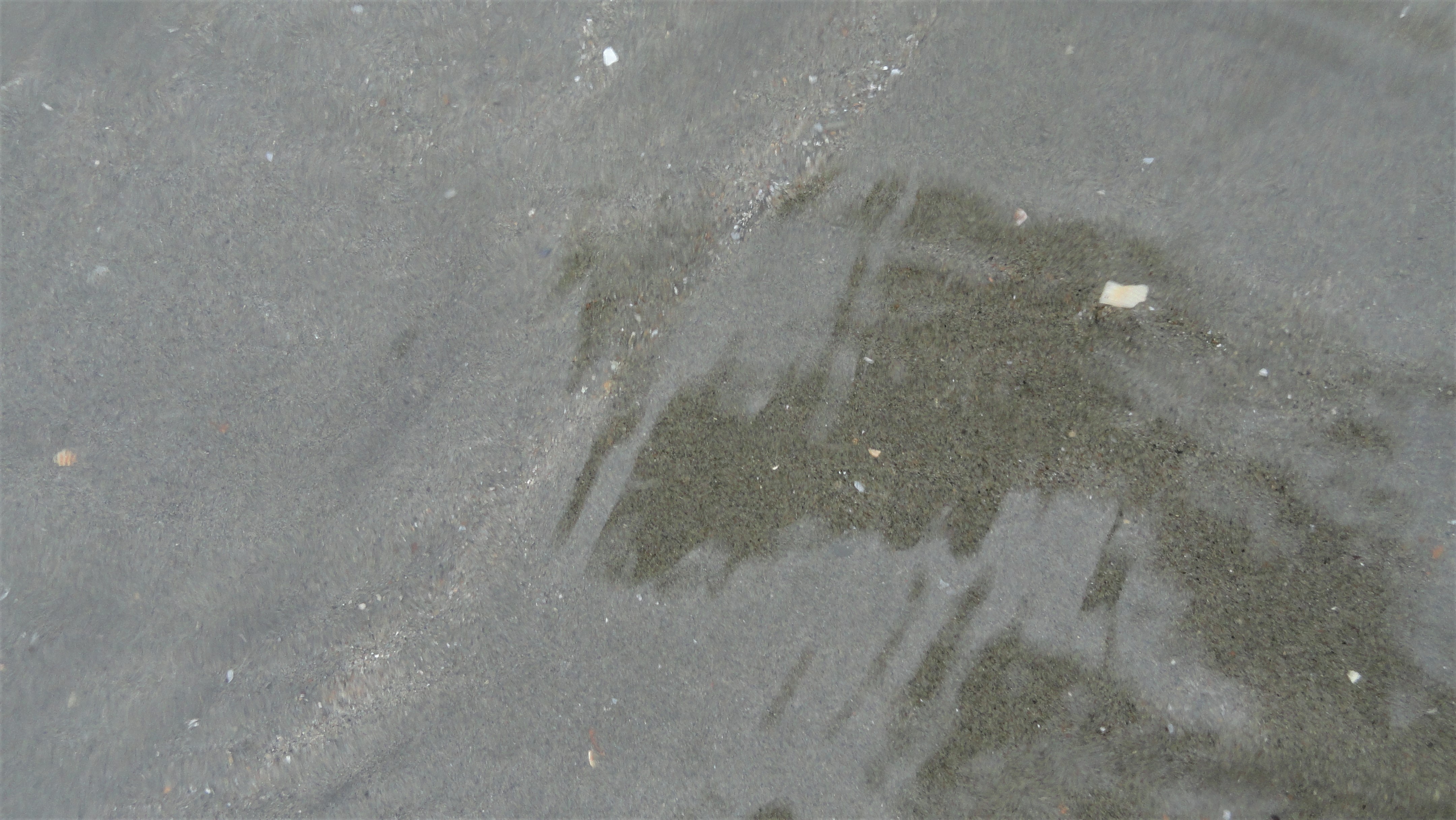