Greeting the New Year in Tahiti

Hello my friends. smw, slt is in Perth, Western Australia at the moment. In a few short hours we’ll hop in our rental car and head south to explore what’s reputed to be a gorgeous area of coastline, mountains and wineries in the southwestern portion of this vast and varied state. More about WA in some future post, but for now I’ve managed to get caught up on some photos from the tail end of 08 and the first day of 09, which doesn’t seem like too much of a lag until you realize I’ve already been in yet another country, and three new cities, since then. Oh well: with any luck, you’ll see more of Sydney, Melbourne and Western Australia in coming weeks. The news from the home front seems good; the house project moves ahead and my wonderful brother has taken the baton from me for the time being; thanks, Steve. I’ll send postcards, fear not. 🙂 Happy new year to you all, and let’s hope we don’t weigh our new president down with so many expectations that he’s bound to fail. Here’s to a much better 2009 than 2008. (Oh, and one small note: I’m on a hotel internet computer that is neither the best nor the worst I’ve been on, but tending to the bottom half; either this fact or some change in blogspot means I don’t have access to the usual formatting choices I’ve gotten used to…so there are likely some errors of formatting and things that won’t look as good as I’d hope. Oh well. Let the pics, if you can see them, speak for themselsves… 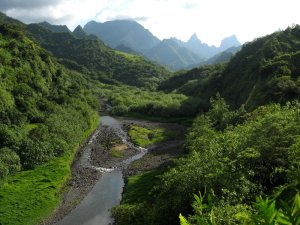 OK, so my January-February vacation this year was supposed to be Australia and New Zealand. But, as I figured out during my short stay there, this is not high season in French Polynesia, and the airlines and hotels still want to bring in business. Wherease in Oz and NZ, it’s definitely peak season. Result: far cheaper airfares if I flew via Tahiti than direct to the two main destinations. Tough choice, but like our soon-to-be-ex ‘president’ used to say, I’m the decider. Thus I spent about 50 hours on land, smack in the middle of the Pacific, in Tahiti. 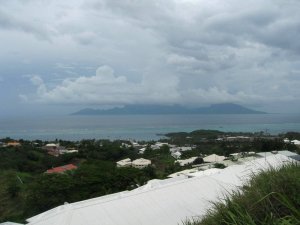 As I’ve learned, Tahiti is the capital and largest island of the absolutely enormous territory of French Polynesia. French Polynesia includes something like 170 main islands in five different archipelagos, spread across an area the size of Europe (literally) in the middle of the Pacific Ocean (going east to west), somewhat south of the equator. They’re literally in the middle of nowhere, quite remote from anywhere else. (This seems to be a theme of this trip; I write this from a hotel lobby in what’s often described as the most remote major city in the world.) And they are, from what little I could see of them – plus all those stories and photos we’ve all seen over the years – truly beautiful. 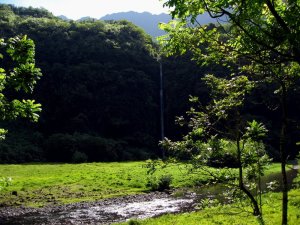 Having only a short time – December 31 and January 1, to be precise – I had just time to take a quaint little bus into the capital, Papeete to explore a bit, then hop a 4wd vehicle for a trip up the principal river valley on this volcanic island with two main portions, formed – like Maui, I presume – by two different volcanoes over the millenia. All of the lovely waterfall and moutnain valley shots are from that half-day trip; the others are from my walks around town, except the sunset beach shots looking out at Moorea (next-door island) and the high-up shot of turquiose water, which came from a walk in the hills above my hotel on new year’s day, where I found myself walking past the University of French Polynesia. 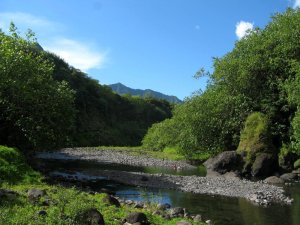 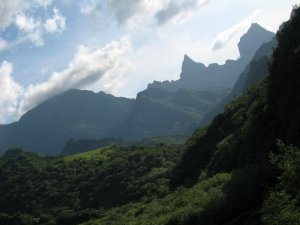 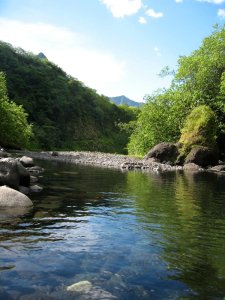 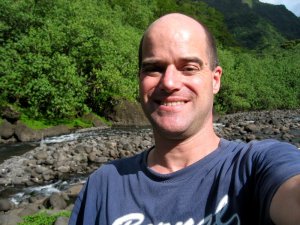 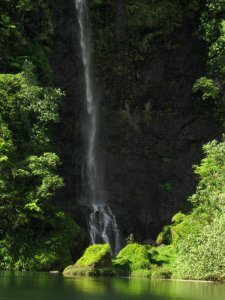 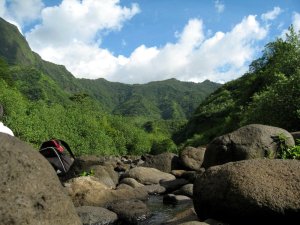 This entry was posted on January 13, 2009 by somuchworldsolittletime. It was filed under Tahiti .