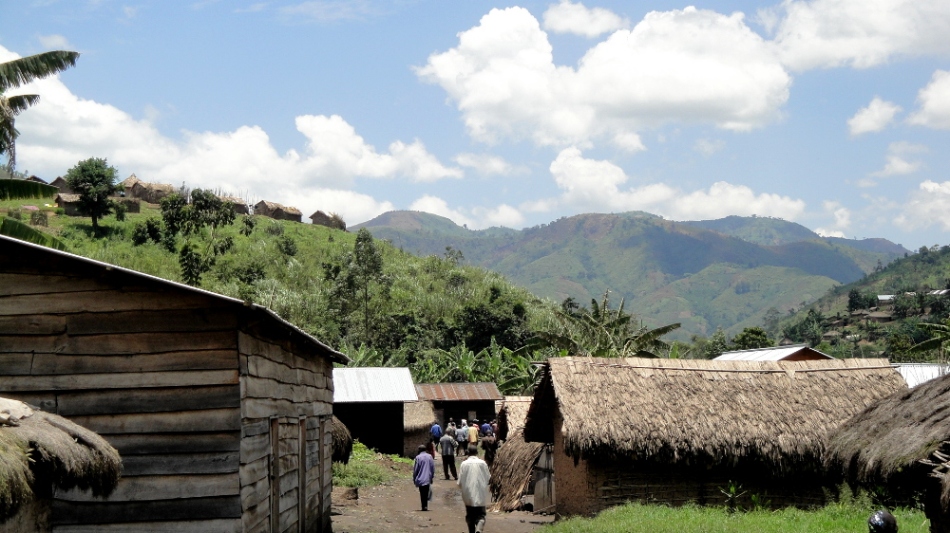 smw, slt has finally made it to a place where bandwidth is both sufficient and reliable enough to permit the posting of photos to the blog. Sadly smw, slt has also been more constantly and consistently busy than ever before in life, so not very many photos have been taken but herewith we share those that have. Last night I sat  with H&G in the stalls at Sadler’s Wells & watched the Russell Maliphant company perform an astonishingly beautiful piece called AfterLight. Earlier in the day while enjoying views of London from the upper deck of a bus I’d been reading a Harper’s article on the tendency in hyper-developed consumer democracies (my words, not theirs) to fight constantly against pain or discomfort or any general acceptance of (real) pain, impermanence or unpredictability. “There is a terrible blindness in happiness. Just as trash, in the consumerist universe, ends up invading every space and reminding us of it existence in countless nauseating ways, so suffering, unable to express itself, has begun to proliferate, increasing our awareness of our vulnerability. The West’s error, in the second half of the twentieth century, was to give its people the mad hope that an end would soon be put to all the calamities; famines, poverty, disease, and old age were supposed to disappear within a decade or two, and a humanity cleansed of its immemorial ailments would appear at the gateway to the third millennium having proudly eliminated the last traces of hell. Europe was supposed to become, as Susan Sontag put it, the sole place where tragedies would no longer occur.”

I think those last words are the give-away: Europe (and by extension the US, Japan, Canada – the G7 or G20 or however many hallowed nations were to be allowed into the new world order’s club of the blessed) were to become that lucky zone of infinite possibility. Literature and popular culture are rife with futurist stories in which the wealthy & powerful invent ever-new ways to protect their own wealth, power and comfort while maintaining their control over the legions of have-nots. And I guess that’s the thing – it feels to me on some level as though Americans, whom I know best, sit uneasily with our unfair access to and domination of the world’s resources, so we invest vast amounts of time into convincing ourselves that not having the latest i-phone app  is a legitimate tragedy. This way we can remain focused on ourselves and our own pains and woes, and ignore anything else in the world.

I remember when I was first introduced to the concept of existentialism, in ninth-grade French classes. 15-year-old Paul was singularly ill-equipped to ponder a philosophy of life’s bone-wearying essential emptiness. Ever the pragmatic optimist, such deeper questions as why am I here, and is there really any meaning anywhere  never grabbed much of my attention. (Young Paul’s answers: a) because Mom gave birth to me;  and b) does it matter, as long as we’re learning & getting good grades & having fun? ) However one side-effect of my current global-wanderer lifestyle in which I toggle back and forth between two worlds that often seem barely connected (even though both have lovely human beings in them and both occupy space on the same rock hurtling through space) is that I find myself pondering the deep imponderables much more often than young Paul did. When minor culture shock – or at least a deep sigh of relief – can be caused by the simple act of crossing from the DRC into Rwanda by walking around the little border-barrier – and then hopping in a nifty modern seat-belted little car to hurtle towards Kigali along the flat, even, paved roads of Rwanda after six jolting hours on the usual volcanic-rock strewn “roads” of North Kivu, you can imagine how other-worldly the view of Oxford Street in full swing from the top of London Transport bus can seem.

Where’s my point? There are two. I’m definitely in some culture shock, but the concerts and dance performances seem to be calming my mind and freeing it from the virtual lock-down its been in. (Did I mention that we’ve been working unusually hard of late? All good, and all important, but one does become a bit tired and work-obsessed.) More importantly, I find myself still troubled by how much we developed-world powerful folks, most especially my sadly blind American compatriates, remain wedded to the dream that we can divide this precious earth and this precious humanity into different worlds and treat some of its places, and some of its inhabitants, better than the others. It’s just not very sustainable, my friends. And if you think that your wealth and comfort have no connection to the lack of wealth and comfort in so many other parts of the world…ask yourself how realistic and logical that is. From what I hear and see when I’m back here in the developed world, it seems a lot of the folks here (developed = where I am now) would benefit – really, in a meaningful way, and I’m not being cynical – from spending a little more time with the other half. And there’s little doubt that a lot of the folks that I work with in my usual work life – whether the populations we serve or the specific people I work with day to day – would benefit from a bit more access to what we have here. It’s not about equal access to i-phone apps; developed-worlders seem constantly to complain about the lack of meaning and the lack of connection. These are not complaints one hears where I work – there the complaints tend more often to be about lack of food, lack of educational opportunity, or lack of treatment or testing for malaria.

It’s about, in the words of the sixth UU principle, “The goal of world community with peace, liberty, and justice for all.” I’m trying to live so as to put meaning to those words. This does not make me a hero (much as a few friends try to tell me it does every so often), it makes me someone who is trying to answer the existential question and greatly enrich my own life by choosing to live in constant awareness that there is, truly, a whole world out there and I am one very small piece in it. And my sense of life and worth and joy and sadness are all much greater when I connect myself with that flawed whole, rather than trying to live my life in some state of semi-perfect numbness, disconnected from contact to other people and other places.

OK, so much for the deepness. Can’t much help it when I’ve done the leap from one side of the global divide to the other, sorry. Readily admit, though, that dance at Sadler’s and vegetarian Vietnamese Pho on Wardour Street are lovely things to have access to. 🙂 Be well. Enjoy the pics. Keep in touch.

..and now for the captions: I don’t carry the camera around much on road trips – for security and other reasons, a good rule of thumb on the roads is to only take what you really need and don’t much mind losing – so most of these photos are from the town of Mweso; but some are from Kashuga and Kalembe, towns where we work with ministry-of-health health centers. I show quite a few of life around the compound in our office hours, including an example of how well we use our front porch for those lazy Sunday afternoons when it’s gotten a bit hot and everyone’s a bit tired. Tip: if you put your cursor over any of the photos, you’ll see the name of the file, which I’ve tried to keep informative. 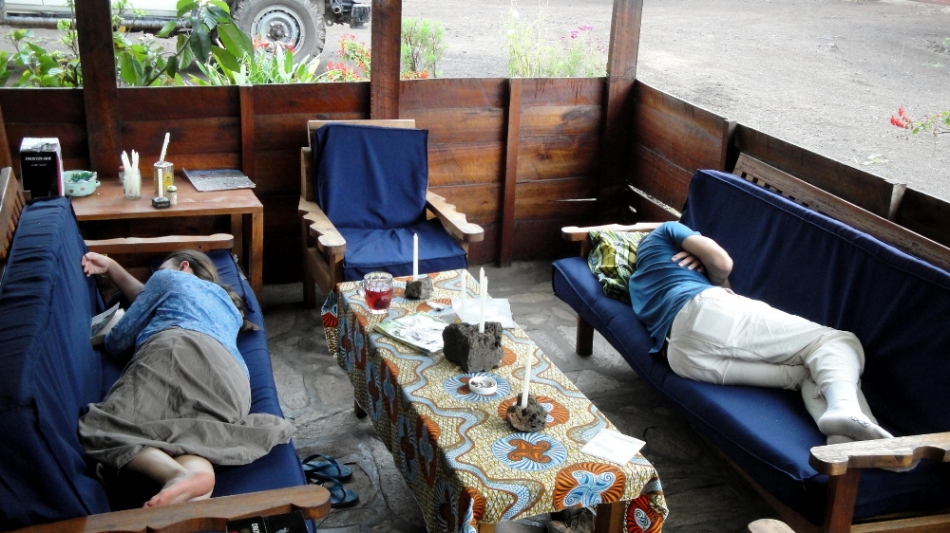 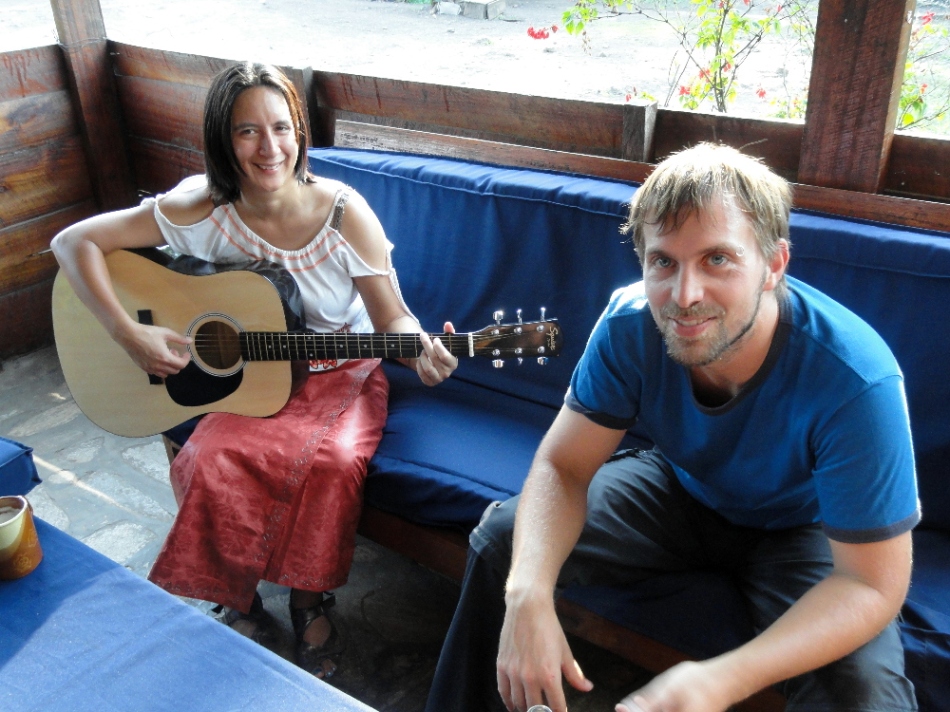 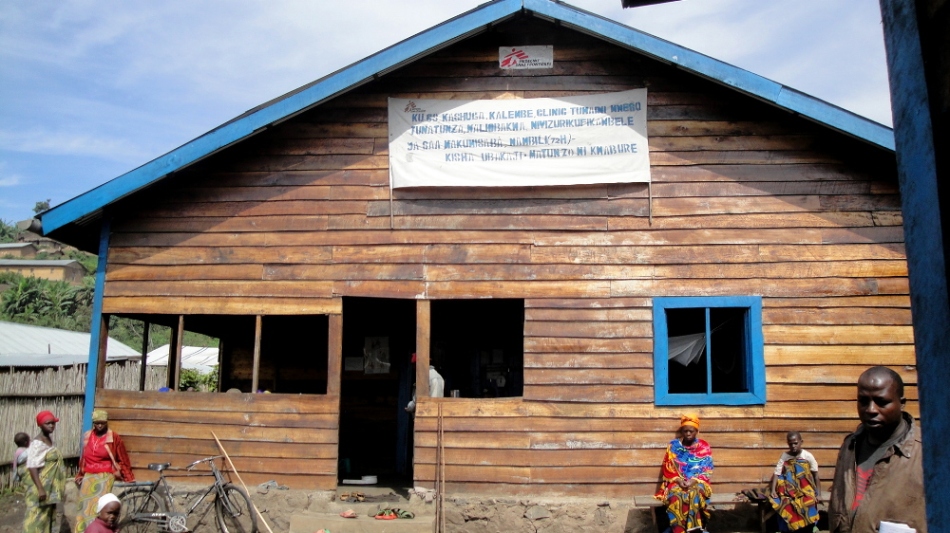 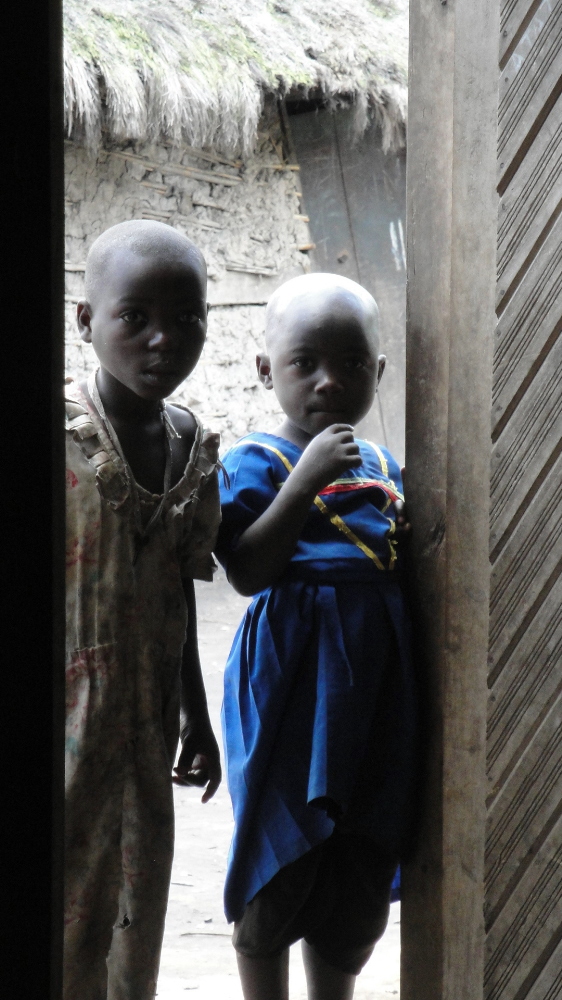 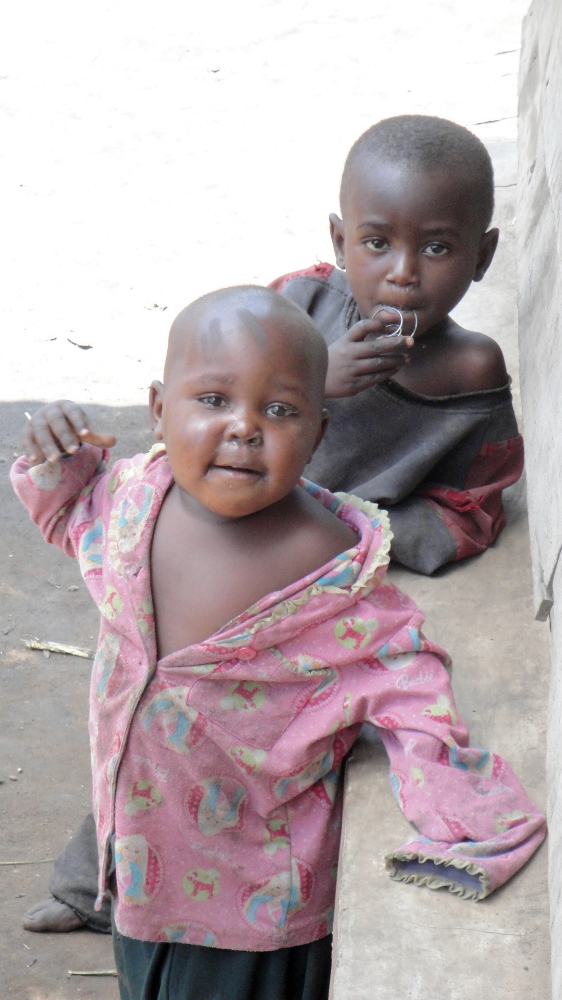 Above: a lovely sunrise view of the front door to our compound and the hills to the west; below, part of our garden (we grow lots of our own vegetables and of our newest expat arrivals brought kale and sugar-snap pea seeds!), and if you look through the fuzzy focus (sorry) you can see some hill in the background and might make out some of the huts from the IDP camp on the hill up there. 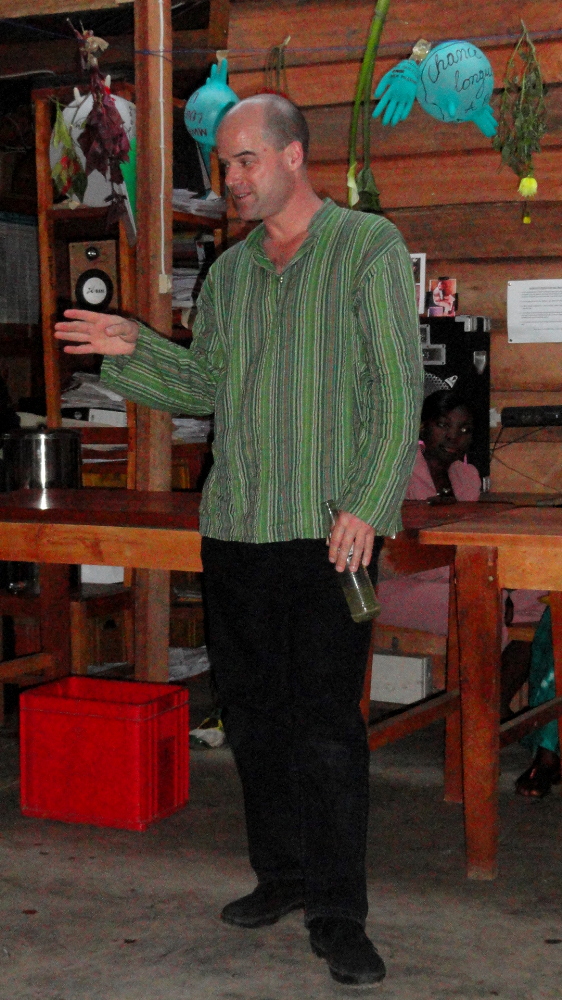 Ok, this may or may not work because the photos keep trying to overlap each other but I try to mix up the layout a bit…anyway if it works out you’ll see this caption in between two shots of me talking at the farewell party for my successor (back in December), then down below a shot of the whole team as of late January; of this team which I inherited only three still remain and one of those will be leaving the day I return. (Sob. Constant turnover, a fact of life with us…) 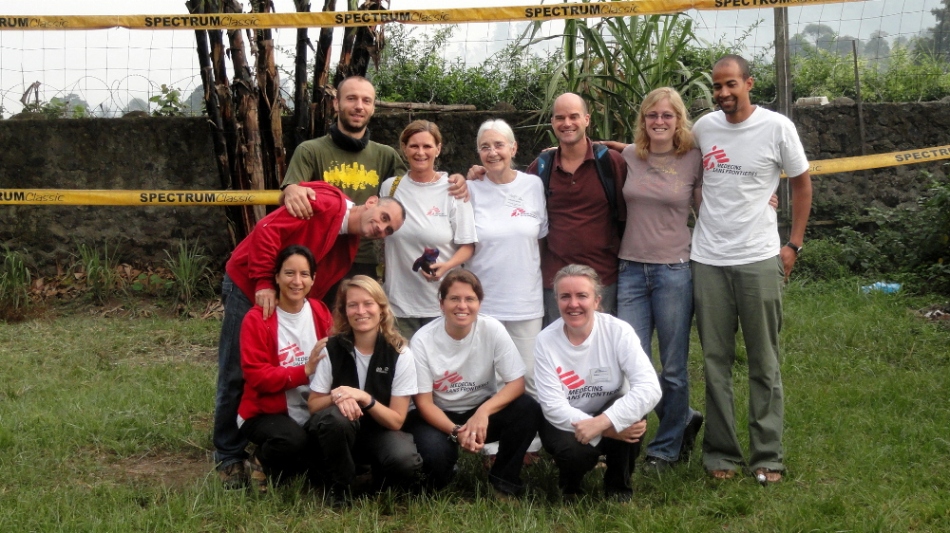 Below, a few other shots from that farewell party.

This entry was posted on April 5, 2011 by somuchworldsolittletime. It was filed under DR Congo .