Sunday afternoon in Port au Prince. There’s a great big mass of clouds, wind and rain named Hurricane Matthew, currently a few hundred miles south of us in the  Caribbean and slowly working its way north. Seems that tomorrow, parts of Haiti will see massive rain, probably flooding, and very likely substantial risks to homes and lives and communities. For now, not much to do but wait: hasn’t yet started raining. My tennis buddy is taking a weekend in the mountains, so I’m at loose ends while also behind on both sleep and de-stressing recreation.

So I started thinking about all the clouds I’ve looked at from airplane windows the past two months. Figured I’d share some of them with you.

Trip one: late July (all the files are named yymmdd so you can tell which flight it was, and numbered in sequence, so if you think of the plane’s route, you can guess as I do roughly what we’re looking at – some landforms are obvious, others less so), the first time on a flight from PaP to Maimi that we went as far east as we did. Usually, the flights have passed just west of Ile la Tortue; this time the plane clearly diverted to the east, and I think it must have been to avoid a storm system: I think the first photo you see above is that storm system. Nothing like Matthew…but certainly on that day, flights were delayed all across North America due to storm systems, and we here had our little flight adjustments as well. 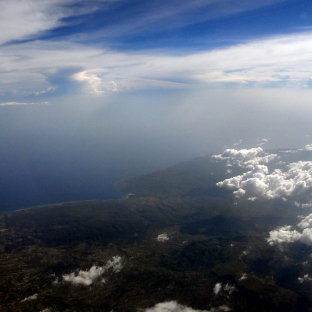 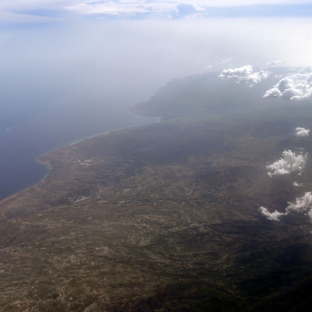 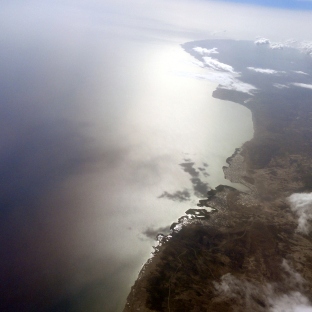 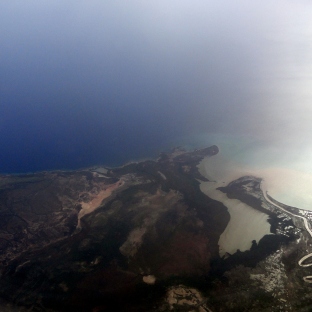 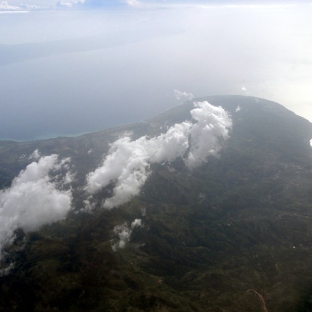 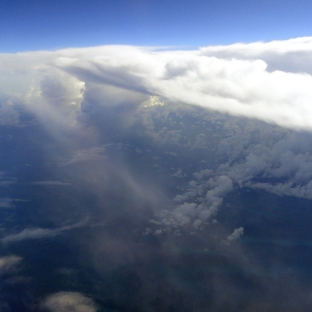 Trip two: the return leg from Miami to PaP, from the same vacation trip, in later August. I just love looking down at the islands, sandy bottoms and coral formations of the Bahamas. Then watching the shores of Haiti creep slowly closer and become landforms, towns and cities that I recognize and can place on a map. 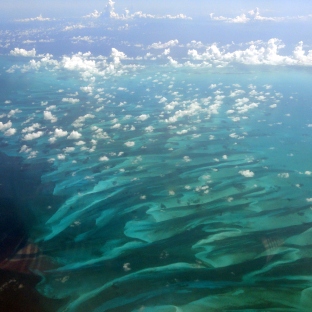 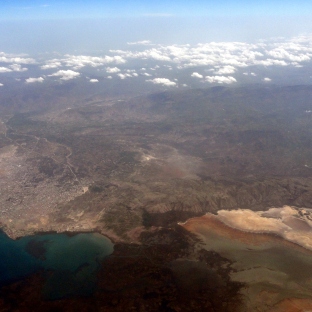 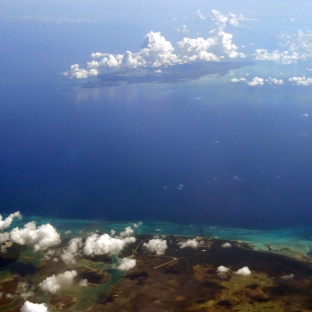 Trip three: from JFK down to PaP this time, leaving quite early in the morning on a clear Sunday. Saw the moon rise; saw rainbows in clouds as we approached a somewhat cloudy Haiti. Saw deforestation runoff coming into the bay near Port au Prince, and the bump of the Commune de Carrefour just west of downtown PaP. Saw the mountains to the south of downtown PaP, which I’ve explored a bit by car and on foot. Again – numbered in sequence from sitting on the runway at JFK, to a view at Jamaica Bay as we took off…and all the miles of ocean, clouds, moon and rainbows and bays and islands between. 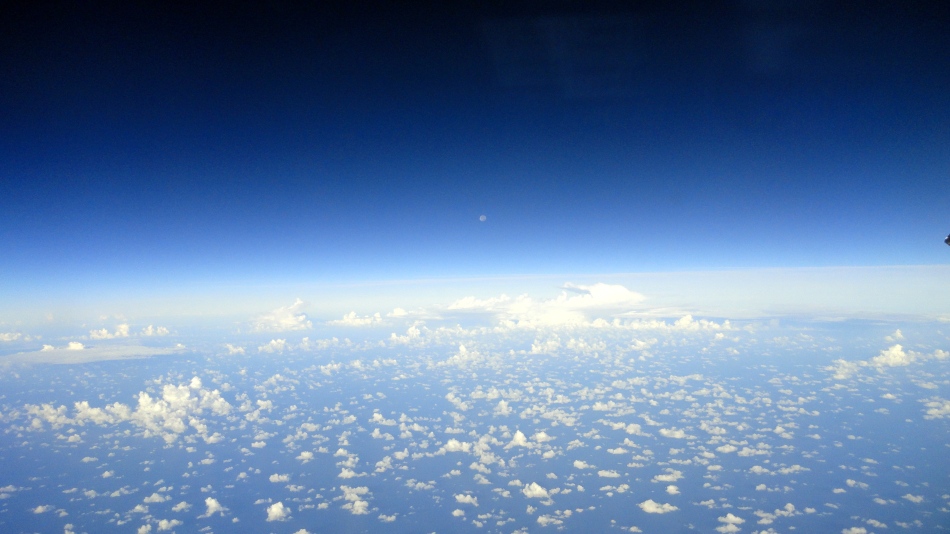