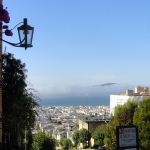 I’ve known the city of San Francisco for so long – from a childhood summer in Berkeley, from living in the city and/or staying for long period quite often in recent decades – that I tend to assume everyone is aware that it’s surrounded by water on three sides; that it’s full of hills which give beautiful views of its other hills, of the bay and the ocean that surround it, or of lovely San Bruno Mountain which draws up its southern border…that it’s full of beautiful Victorian houses nicely maintained and painted for the most part…that it is chock-a-block with parks at the tops of many those hills, giving thus even better views with greenery and flowers in the foreground, hills and Victorians n the background. But I realize, when I return to work and my international team of folks from Haiti and around the world, that my little corner of the world is one to which most people actually have not yet been. And so herewith some photos from lovely sunny days where I enjoyed the freedom to stroll at will and to pull out my camera any moment I felt like it. They’re all named in a way that intends to inform you of what you’re seeing. I hope you enjoy the photos as much as I enjoyed those strolls :-). 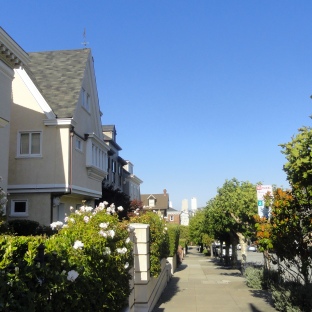 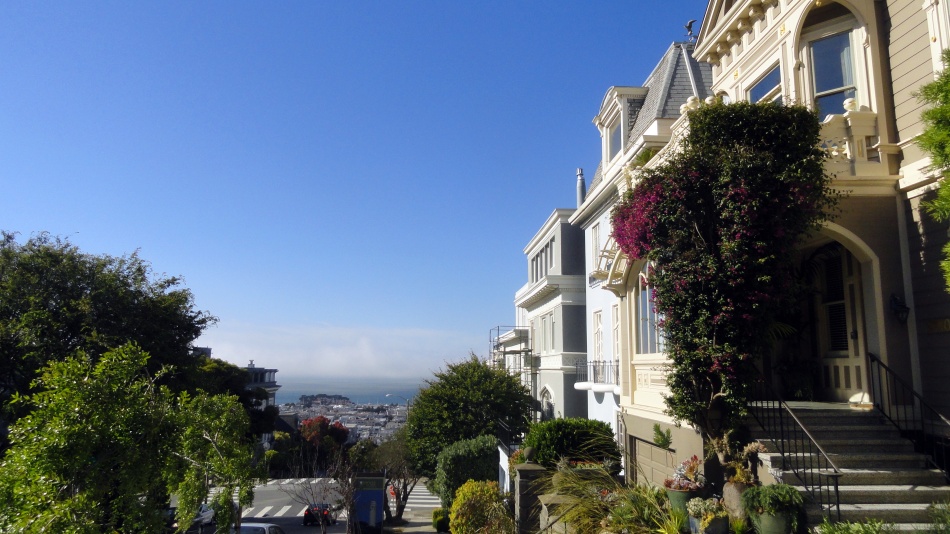 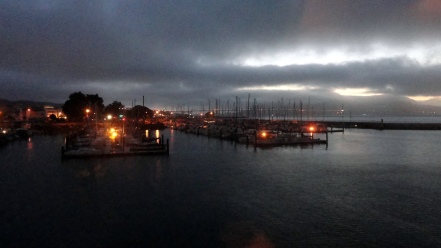 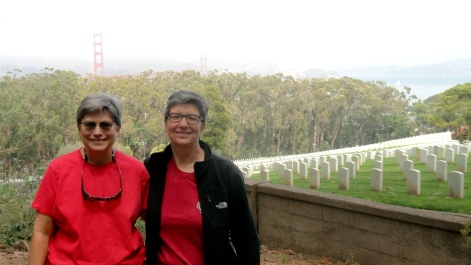 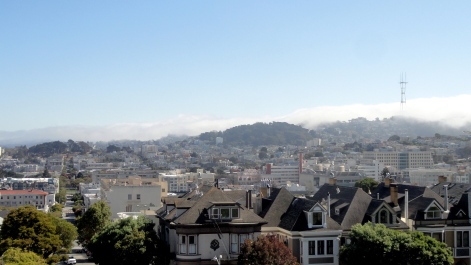 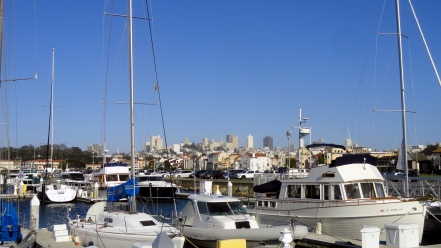 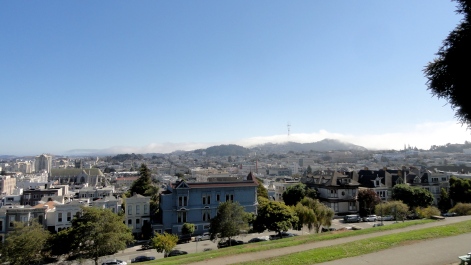 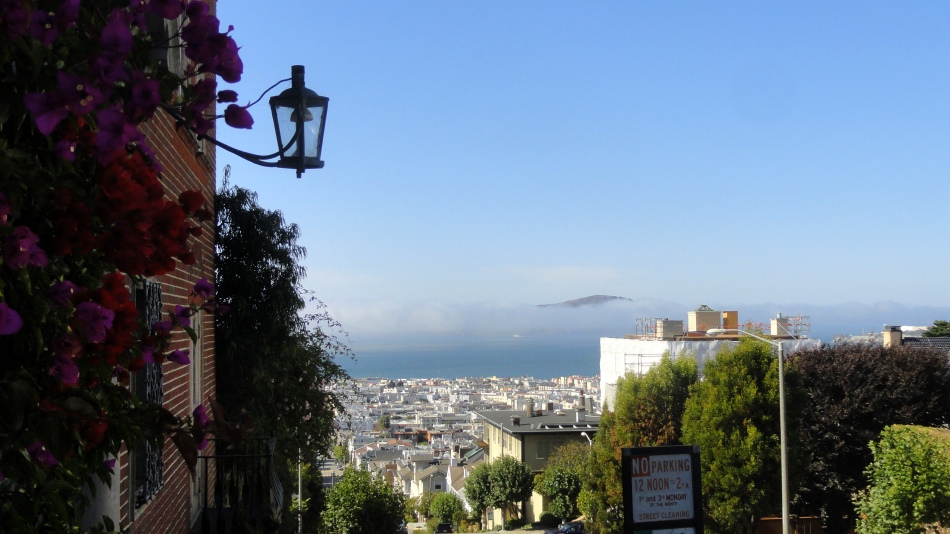 Other Angles on SF

Between assignments, I’ve been a wanderer since I first filled up the storage space in January, 2005. People viewing my life from outside often express envy of how much I ‘get’ to travel: comments along the lines of “oh, it’s so exciting that you get to go to all these places and travel so much.” People who know me a bit better, or people for whom, like me, going to work = packing a bag with (one hopes) sufficient saline solution & undergarments for a year’s assignment in a remote location of which one has, so far, only indirect knowledge, understand that the travel is the part I hate the most. And that the rootedness that comes from identifying one solid piece of earth as one’s spiritual and physical home is what I envy everyone else the most. Be that as it may…the participant observer is an identified role in sociology and anthropology, and as someone who increasingly feels reasonably comfortable many places, but at home nearly nowhere (aside from a few places like SF Bay area and LA’s west side), I do have a certain distance from what I observe in most places. And what I observe in the US is always most fascinating and too often disturbing, since it’s the place o’ my birth and so on and so forth.

Some recent observations, for those outside the US who’ve missed it:

Our supreme court’s decided that companies (on whom most of us rely for our health insurance, crazy though that seems to anyone from a sane nation) have the same right to religious freedom that individuals do – and they get to express that right by dictating what forms of family-planning and possibly other health care choices their employees (and their employees’ family dependants) may make within the insurance plan. To  illustrate the broader socio-political insanity this ruling might unleash unless the country gets to single-payer soon, I’ll take a short quote from Justice Bader Ginsburg’s strong dissent from the narrow majority’s decision: Would the exemption…extend to employers with religiously grounded objections to blood transfusions (Jehovah’s Witnesses); antidepressants (Scientologists); medications derived from pigs, including anesthesia, intravenous fluids, and pills coated with gelatin (certain Muslims, Jews, and Hindus); and vaccinations[?]…Not much help there for the lower courts bound by today’s decision.)

This follows by a few years the same court’s decision that companies have the same right to freedom of expression that individuals do – meaning they can buy all the elections they want now, pretty much, as in campaign donations and campaign advertising are pretty open game for whatever rich & greedy corporation wants to drive “public” policy its way.

So, to review: companies can (and do) buy as many politicians as they want; and companies can (and do, now) ensure that their employees receive only the health-care services that the companies’ owners approve of. (And oh btw, for those believing this is a ‘narrow’ ruling – check out the definition of closely held, and what % of Americans work for such a company. Not so narrow, eh?) Ah, ‘democracy.’ And lots of my American friends ask how I can stand to live & work in so many other countries where corruption and greed are so rife…

But at least there’s always SF to go home to. Indeed, I guess the fact it’s such a successful, happy & healthy city because of its openness to heterogeneity and its willingness to embrace the importance of good, common-interest governance to the health & welfare of society & individual citizens (i.e. not just big companies & their majority owners) is precisely what’s always made it so very scary and threatening to the Koch-funded tea-party types. Oh well, their loss, unless they succeed in dragging the rest of us down with them. Enjoy the views, folks – I realized I’ve actually shown very little of SF in these pages over the years – not quite sure why, but here’s a bit finally. 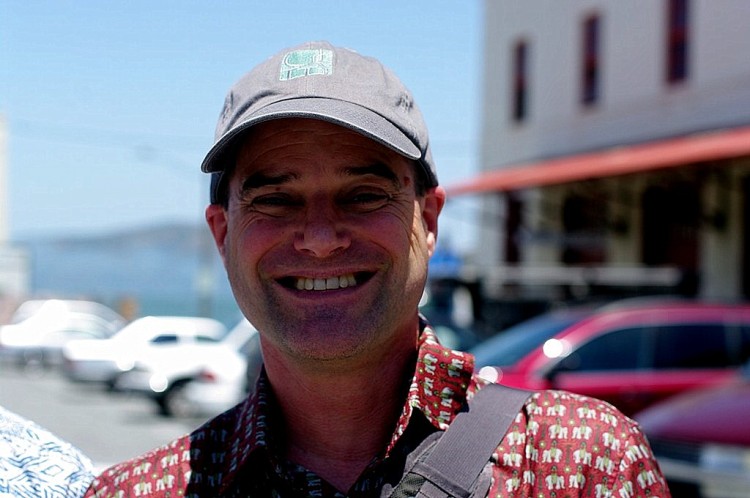 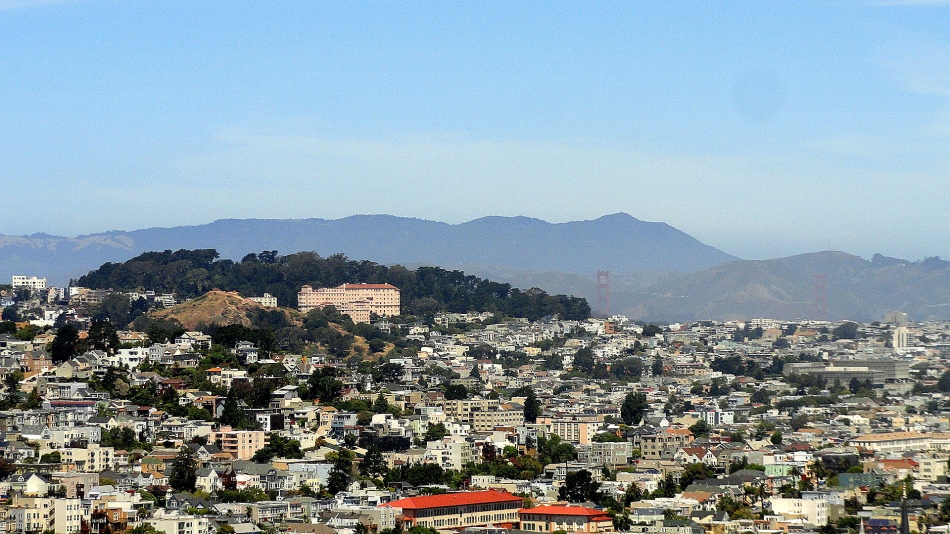 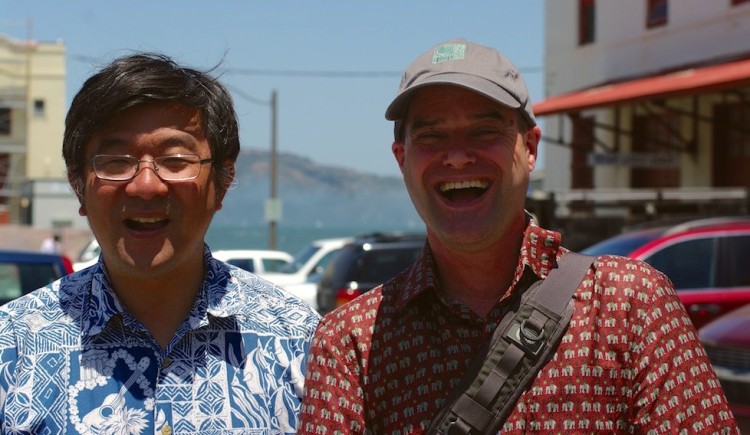