Lingering in Lovely Lisbon – Part I

Rather like the endless beauty and discovery I found below sea level at Osprey Reef in the Coral Sea, I found that nearly every street corner I turned in Lisbon revealed a new vista I didn’t want to forget. And I walked a lot – as I always do when I arrive in a city where walking carries little risk of being mugged :-).  Much as I surrendered to lovely Lisbon and went wild with the shutter of my camera, I am surrendering to the reality that it’ll be a while until I’ve sorted all of the photos from Lisbon, and so I’m posting the first half now. You the wonderful readers of smw, slt can determine whether you see the rest of the Lisbon shots. What remains to be sorted are the final day’s shots, when I went inside the Castelo: that’s the old fortress atop the green hill you see above, and which you’ll see in various shots below. I spent most of a lovely sunny day exploring that old fortress which began as a Moorish fortress and became the seat of power in the newly-formed independent kingdom of Portugal in the mid-12th century. Then there’s a sub-chapter I’m considering, which could show you ceramic sculptures and tiles, along with some peacocks, peahens, and tree fungus from a visit at the city museum. Let me know if these are more than enough Lisbon, or if I’ve piqued your appetite enough that you’d like to see more. Believe me that I’ve edited out a ton of photos…and I’m still left with a lot.

Needless to say, Lisbon floats in a rich sea of history. The cathedral, seen with a street car in front of it above, is the oldest intact building now extant in Lisbon. It was built on the site of an old mosque shortly after the Christian armies captured this region from the Moors who had been in charge for the past several hundred years. (And we wonder why religious wars still mar our world today?) The lovely plaza below was designed and built after the massive earthquake which destroyed most of Lisbon in the mid-18th century, and is named after the Marquess of Pombal who led the rebuild and gained great power during that period, helping reduce the influence of the nobility and strengthen the monarchy in a manner that, by the history I’ve read, helped create a bit more modernity and progress for Lisbon & Portugal. Further up, you see a panorama of Commerce Plaza right by the river at sunset: situated by the river where the trading ships used to anchor, this is a monument to the importance of tiny Portugal’s vast sea trade and exploration history. Let’s remember that in the 15th, 16th and 17th centuries Portugal and Portuguese explorers and sea captains helped lead the European exploration of most of the globe. Walking the streets of Lisbon, one is constantly reminded of this history. It’s a lovely modern city with a ton of history in its hills, streets, and river-fronts.

Look closely at the shot below and you will see my shadow. I enjoy fitting in indirect self-portraits like that. 🙂 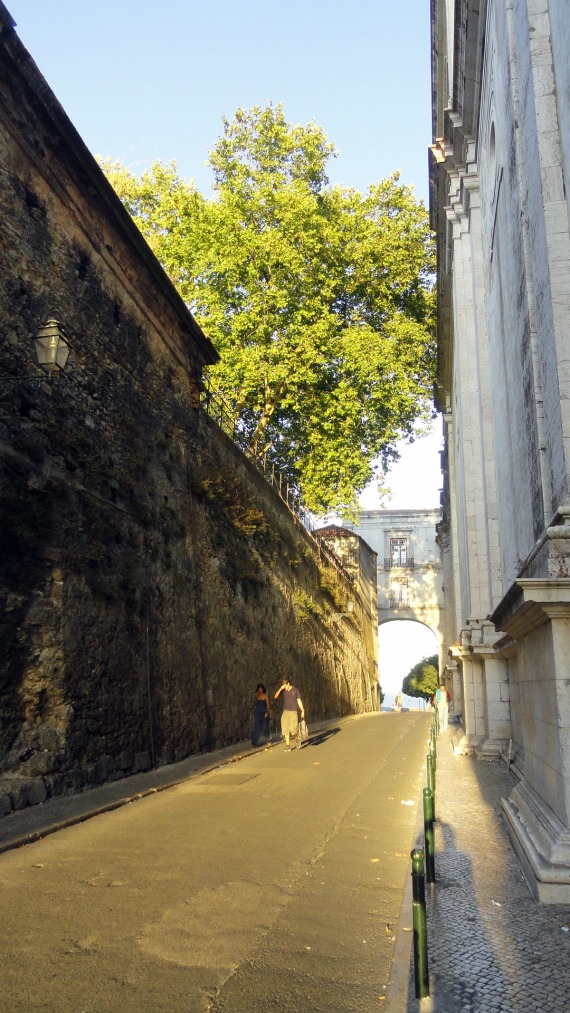 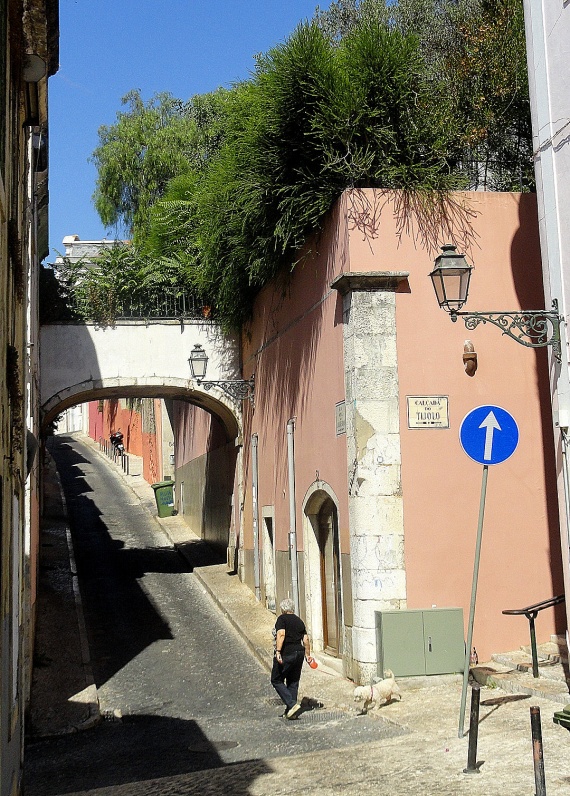 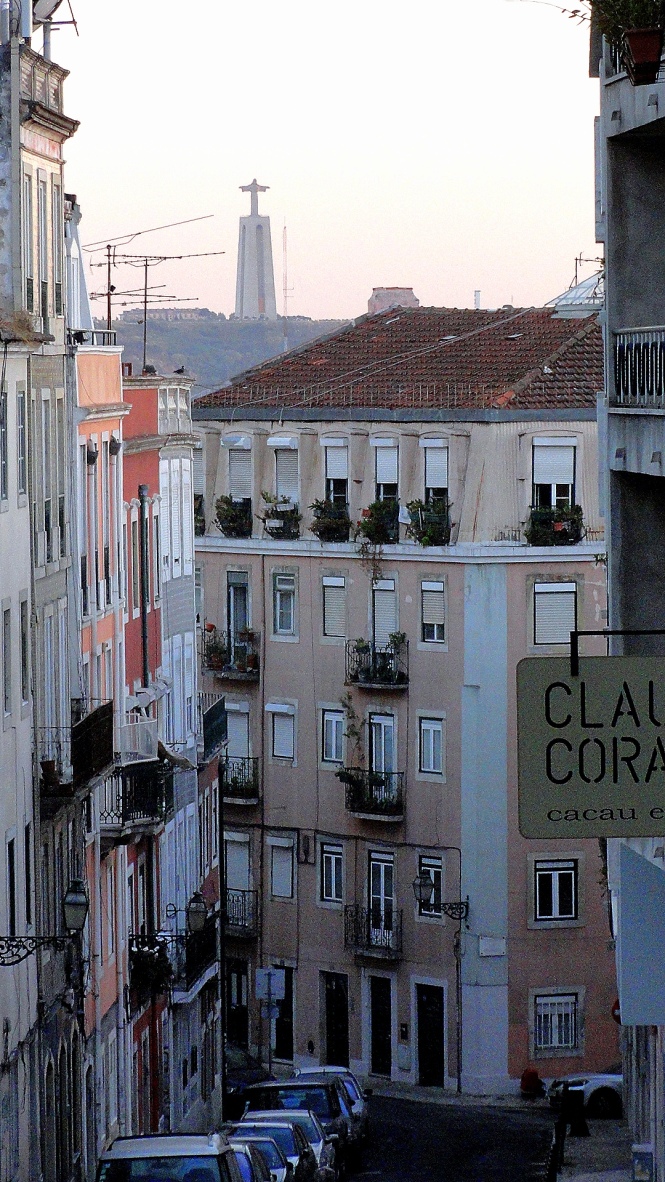 This evening at Commerce Plaza was full of neon-shirted people about to participate in some major “Lisbon Week” athletic event…I never found out more detail, but you’ll see all the neon shirts and that’s the best explanation I have. “Lisbon Week” is some sort of local discover-Lisbon festival, from what I gather. 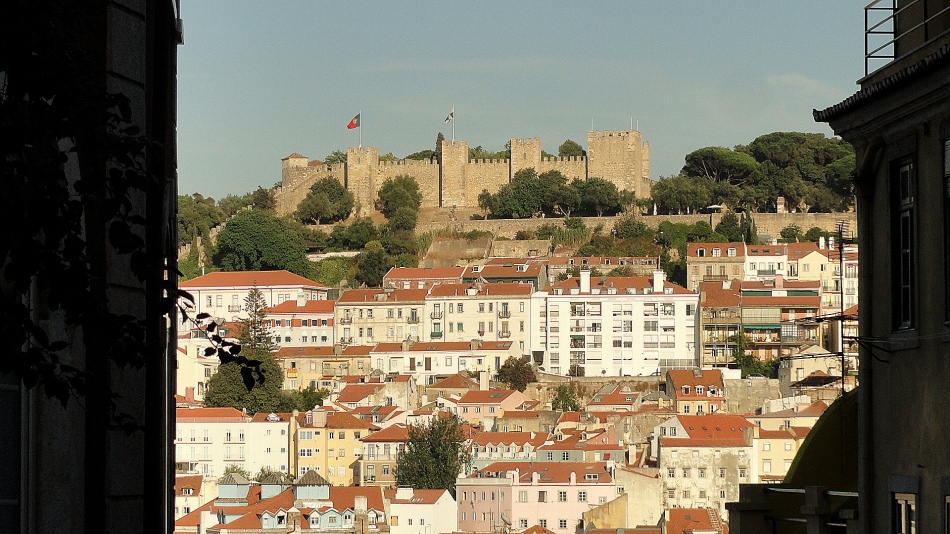 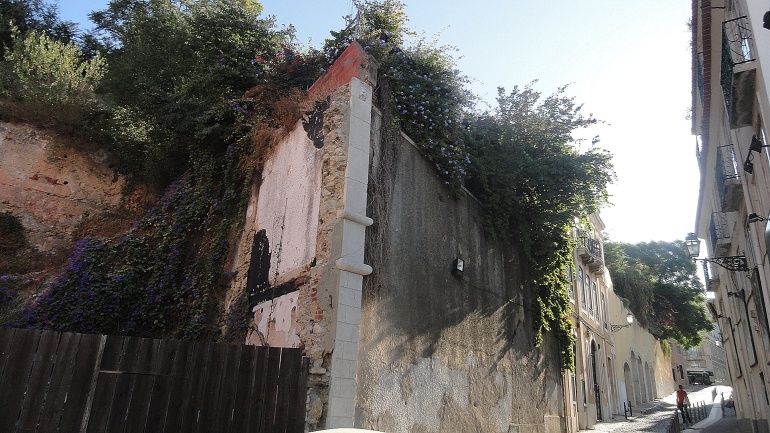 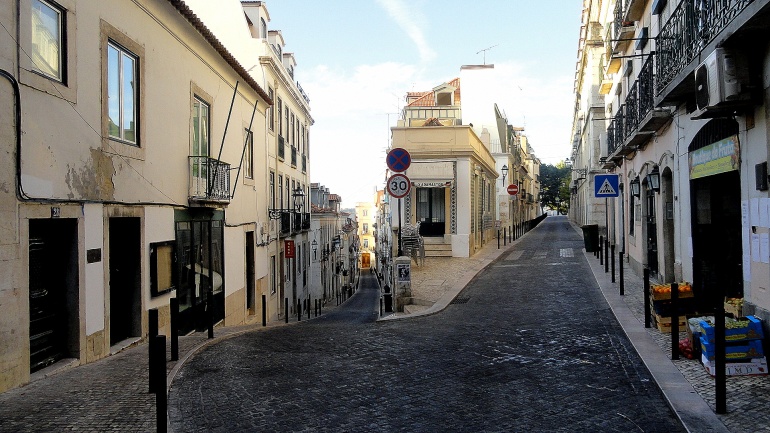 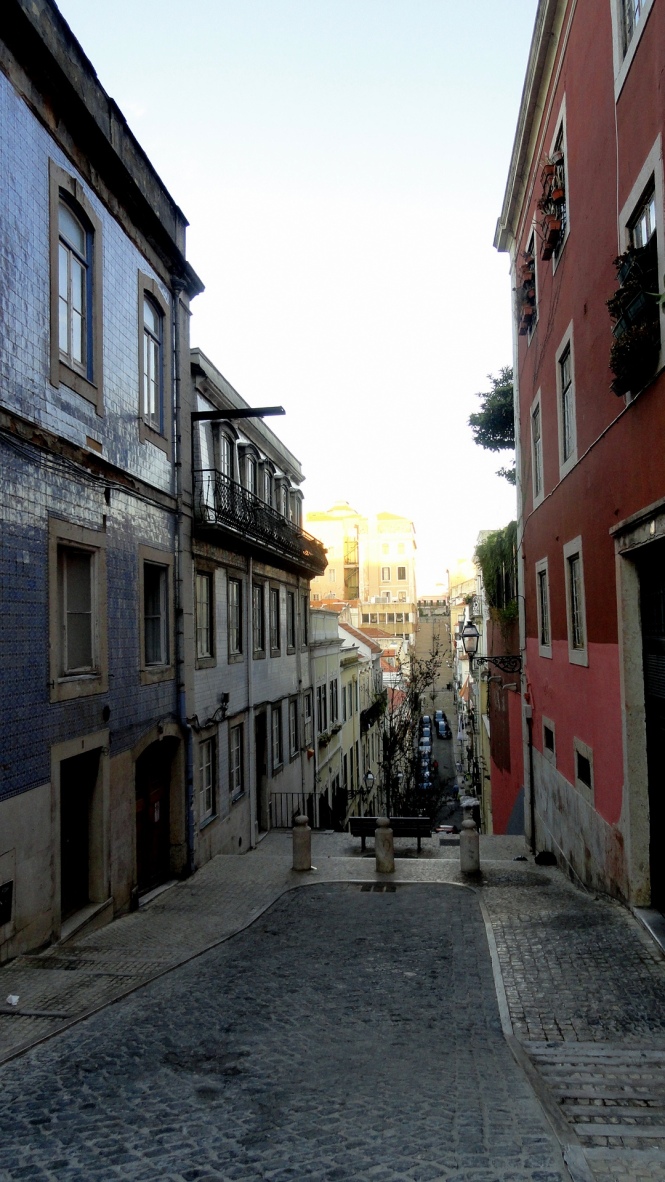 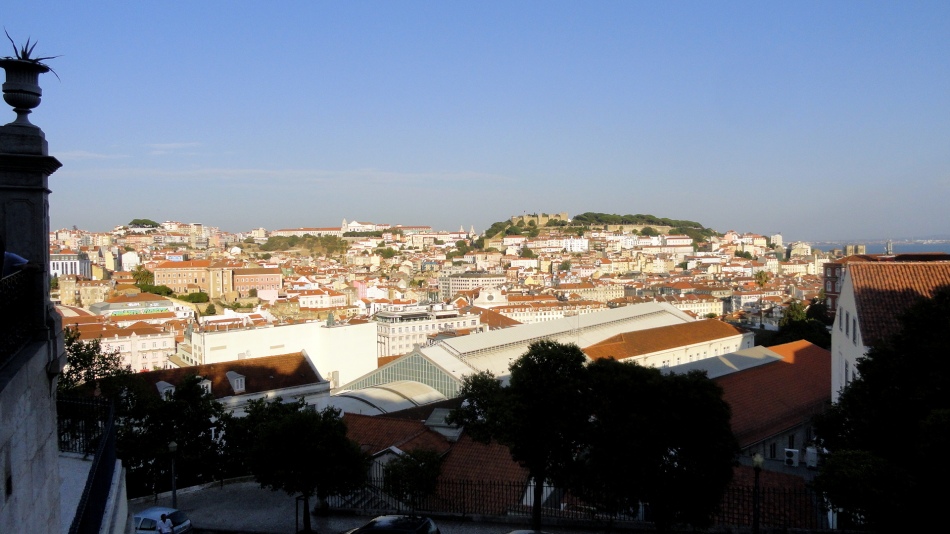 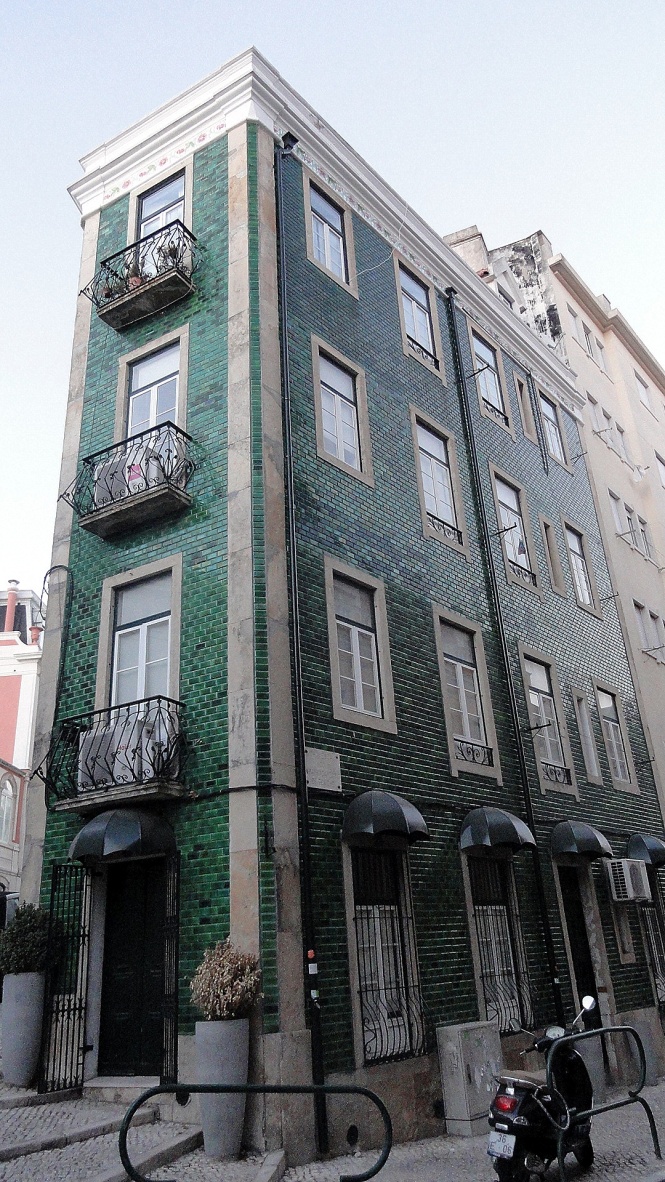 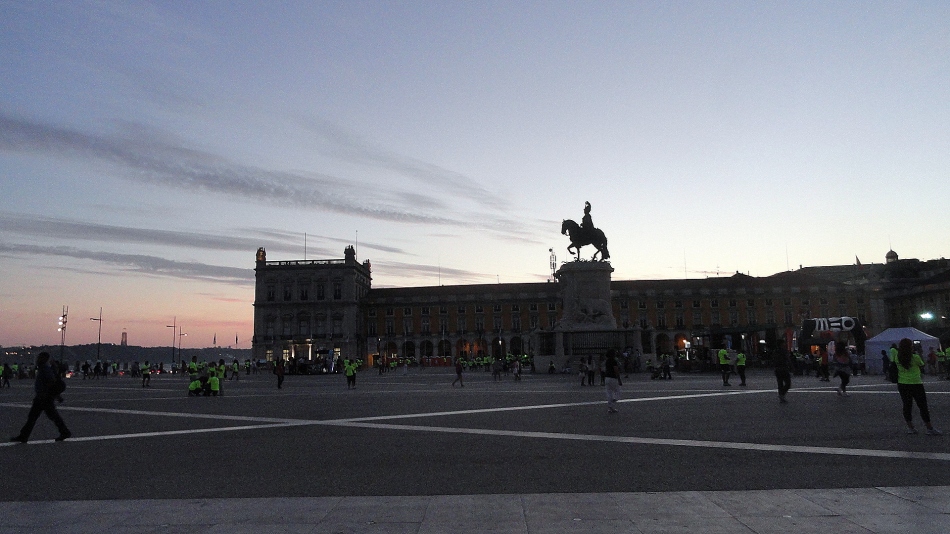 Being a very catholic country by history and tradition (at least since they ousted the Moors from whom they no doubt derived so much of the the tile and decorative-arts tradition that still thrives), one finds Misericordia in street names, buildings, etc. From my Unitarian-Universalist, English-speaking background, I thought it all sounded a bit depressing. Then I did a wee bit of research and learned it’s Latin for mercy, compassion. Kewl, huh? 🙂 Oh, and about that monument across the river – never did any research on it and never crossed the river myself, sorry Next visit. But it’s got a nice dramatic look on the skyline, doesn’t it? 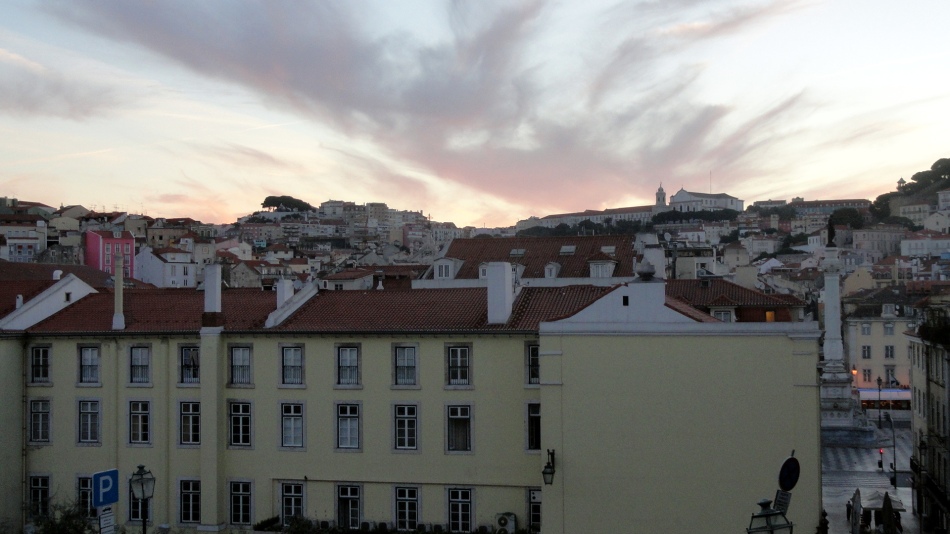 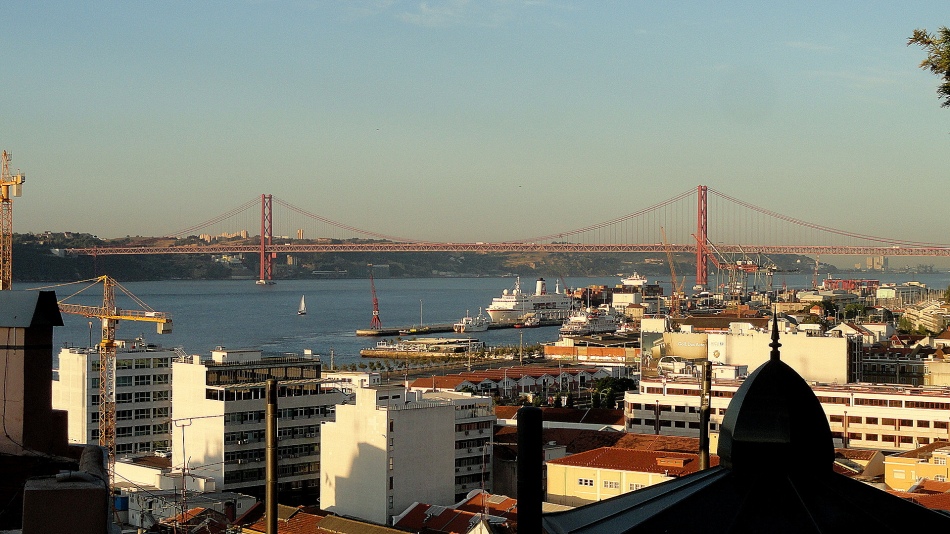 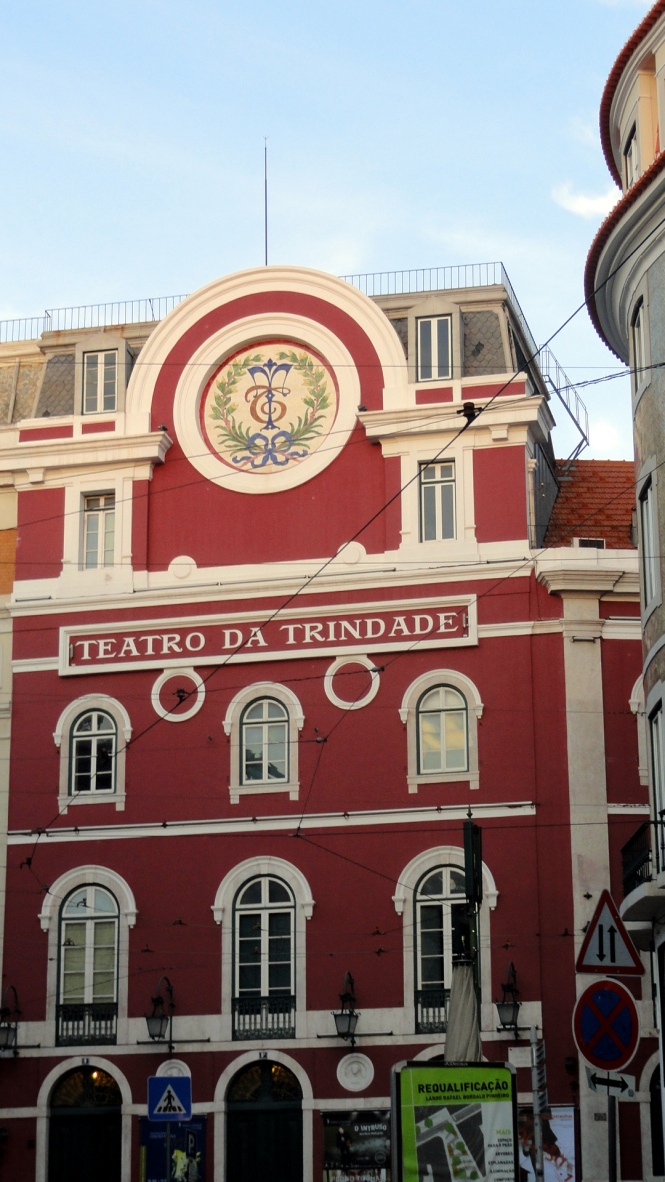 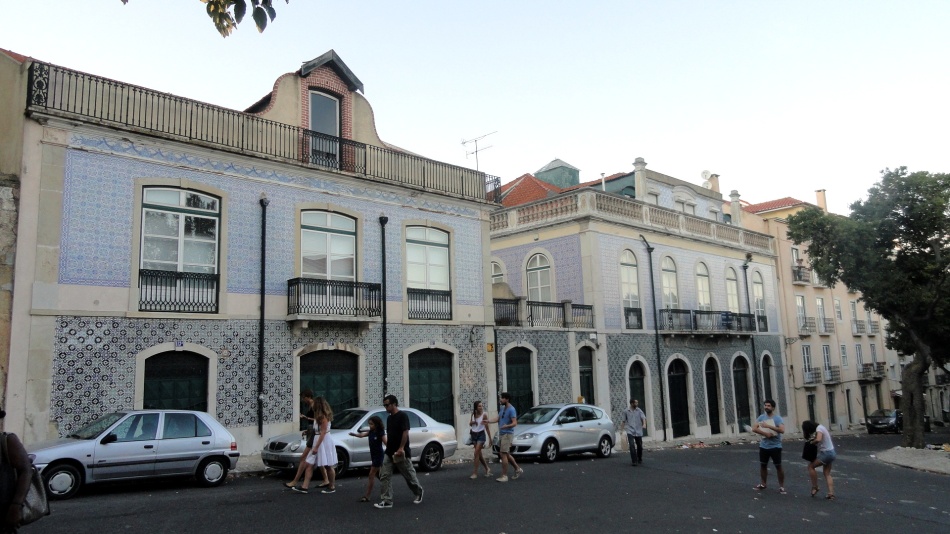 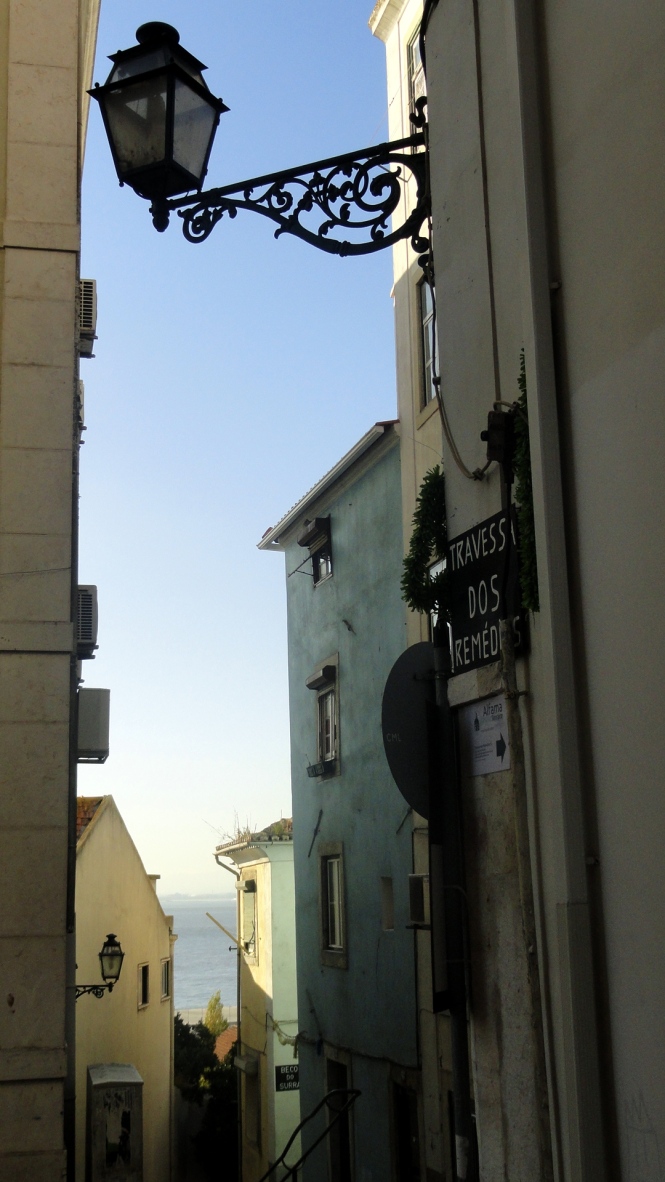 This entry was posted on October 6, 2013 by somuchworldsolittletime. It was filed under Lisbon, Portugal and was tagged with alfama, bairro alto, castelo sao jorge, lisbon commerce place, marquess de pombal, tagus river.