Ferrying Across the Cook Strait 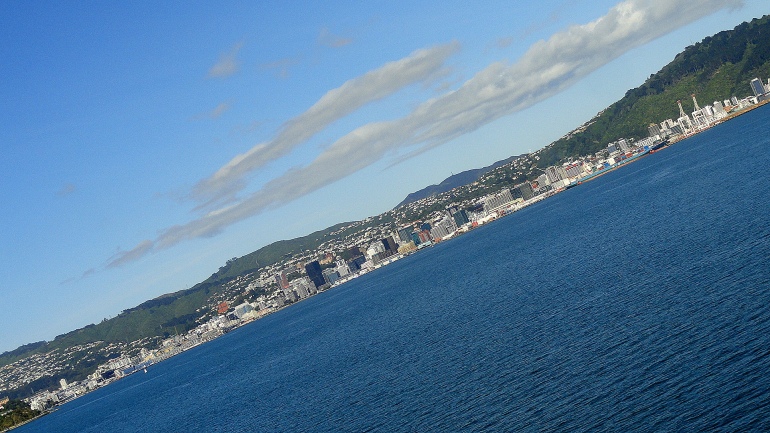 smw, slt is spending the end-of-year holidays (solstichristmakwanzakkah, you know) in the company of my mother and one of my brothers, along the shores of lovely lake Wakatipu here in Queenstown, south-central South Island in the lovely nation of New Zealand. NZ rocks: I first visited here four years ago and l o v e d it; I’d move here in a flash if I met the right reason and/or if nearly everyone else I know in the world didn’t live at least a 12-hour flight away.  NZ is very nearly the same size as Colorado in land mass — one key difference, of course, being that NZ is composed of a handful of big islands and hundreds of littler ones floating in the South Pacific, where poor Colorado remains firmly landlocked until global warming truly does its worst to us all — and has roughly 20% fewer inhabitants than Colorado. It has mountains as high, but unlike CO it also has fiordlands and tons of interesting glacial lakes, volcanic cones, a sub-tropical north, world-class wine regions, two species of indigenous penguin and the only mainland-based colony of ablbatross in the world (mainland meaning a large island with a big human population), and a LOT of fur seals. All of this adds up to many choices of wonderful places to visit in a short two-week holiday, which is all we have time for now. We started out in Wellington, capital of the this kewl little country showcased above and below; thence we hopped the ferry across the Cook Strait to the northern end of South Island. It’s this journey which is documented in this first post from my end-of-year holiday.

I apologize that these NZ posts will, of necessity, be broken up over several entries. I’ve got tons of shots of penguins, a few of flying albatross; I’ve got photos of waterfalls and fiords still to be sorted and color-corrected, and I really do ditch more than 75% of the shots I start out with. So there’s much sorting to do before I come up with another post for everyone. With luck I can post those as a new-year card to everyone. At the moment, it’s Christmas morning here and it’s lovely to be with family again. The news break is just carrying the update on South Sudan, which had started to look worrying before I left PNG for holiday. Since I’ve many friends working there, and in Central African Republic where tens of thousands continue to be affected by insecurity and violence, I find myself as usual a bit conflicted this Christmas morning: grateful that I can sit in luxury and comfort, surrounded by family, by the lovely shores of Lake Wakatipu (say that, slowly, out loud, a few times to start your day: it’s great fun, and yes rather juvenile)…and at the same time rather heavy of heart at how the world is so sorely and sadly divided into zones of privilege and comfort whose inhabitants tend to be unaware and unappreciative of how very lucky they are, and too much of the rest of the world where families struggle to stay alive, secure, healthy and well fed. I wish for us all in this sadly fractured world, as always, a bit more peace, health, and security in the year to come. Hugs, one and all. 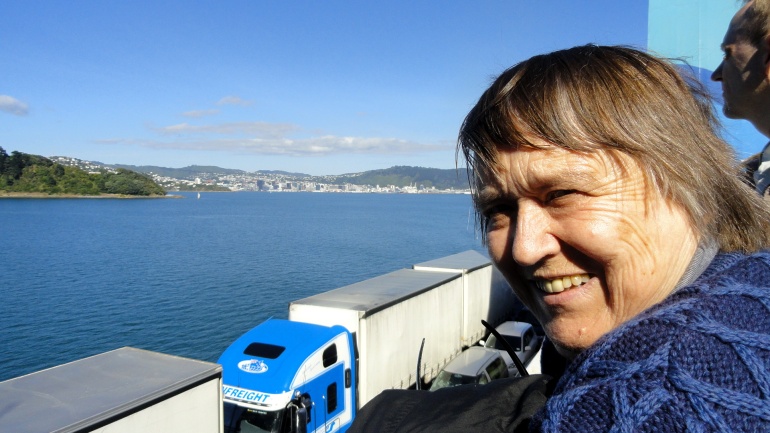 Above are some of the shots exiting the complicated harbor at Wellington, whence one crosses the Cook Strait and tucks into Tory Channel, one of the many inundated valleys that form the Marlborough Sounds region on the northeastern coast of South Island. If it lays out as hoped, below you’ll see a shot where we’ve entered the Marlborough Sounds and left the rough choppy waters of Cook Strait behind; and a few shots of the drier, pastoral hillsides along the sound. Then at the end you’ll see a bit of an opening where the ship turns sharply right to enter the main channel of Queen Charlotte Sound, then sharply left again to enter Picton harbor; I took a shot looking back at the curve of our wake as we bid adieu to Tory Channel. And then, at the end, the shot Steve & Mom got suckered into buying when they did their Glow-Worm Cave Tour at Te Anau in the Fiordlands — having done that tour a few years ago, I didn’t repeat it but instead cooked them dinner. Ah, such a tour host am I… 🙂 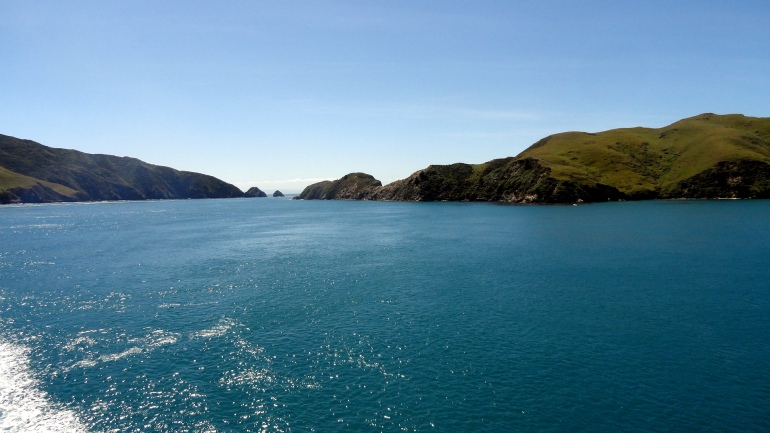 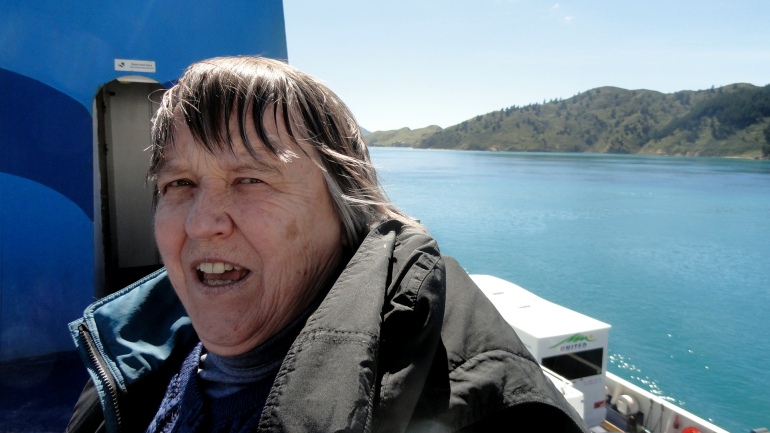 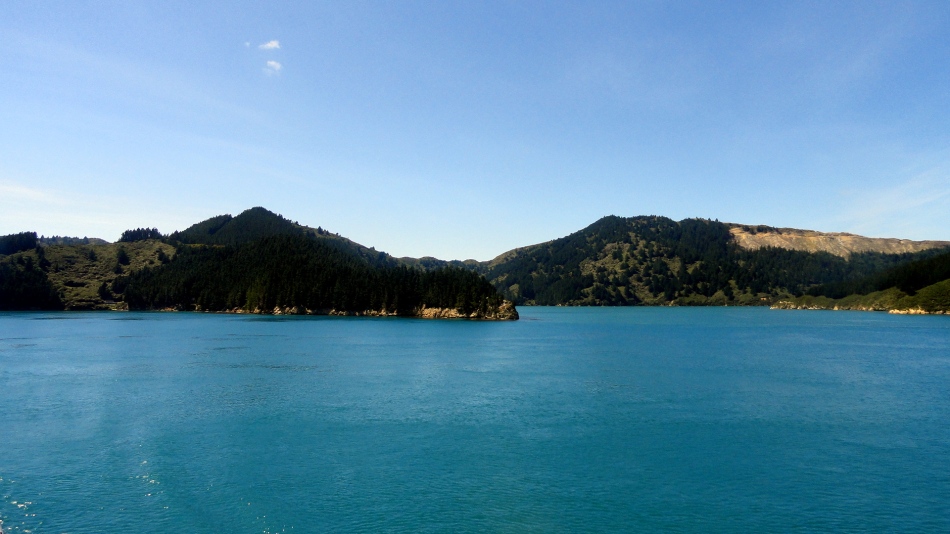 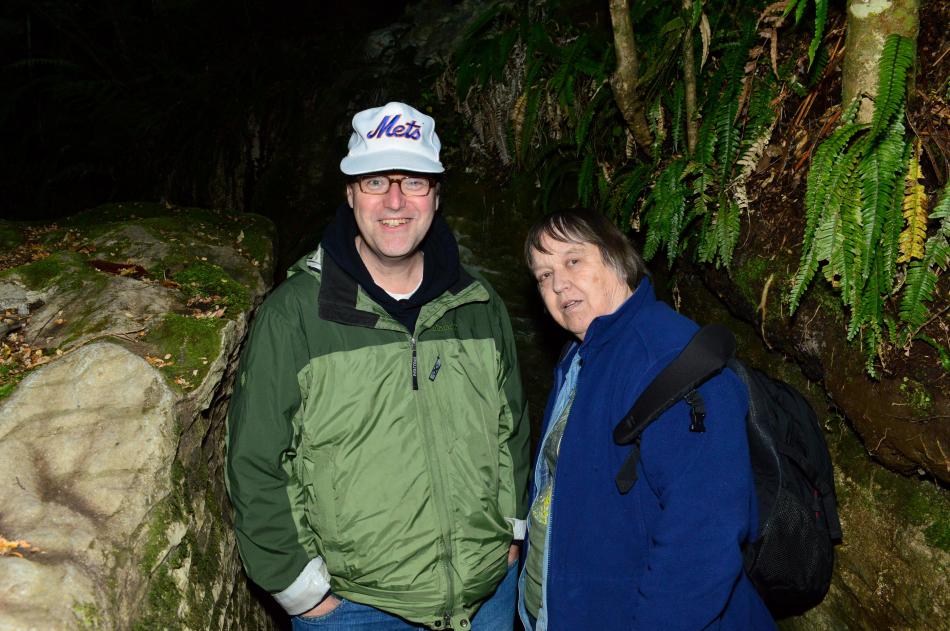 This entry was posted on December 25, 2013 by somuchworldsolittletime. It was filed under Queen Charlotte Sound, Wellington and was tagged with cook strait ferry, tory channel.