For those who’ve wanted more updates, a few photos from my biking excursions on a favorite road at then northern edge of our beloved local state park, which apparently became the fire line when the Glass Fire got closest to my home earlier this month. As I write this, we still haven’t had rain but seem to have made it intact through another week of high winds. I will not invite into the universe the words of the thing that high winds make us fear: use your imagination, please. And then, imagine rain and a world where scientific evidence drives public policy to build a future that our own future generations inhabit healthfully, in fruitful coexistence with all of world’s mysteries and species. These shots were all taken in a short stretch along Channel Drive on the north side of Annadel, where some private homes abut park land. The hills in the background, in the shot with the horses, are in the Mayacamas range, previously featured in the “twice burned” post. That particular property is less than 1/2-mile from where the bottle and burned brush are. Clearly, that house and all others in the area fell under emergency evacuation order the night the fire grew so fast. 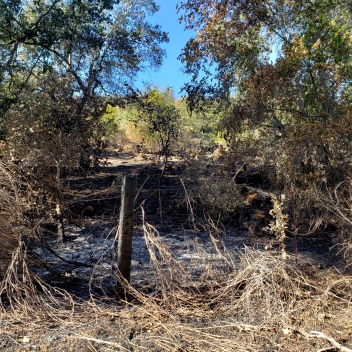 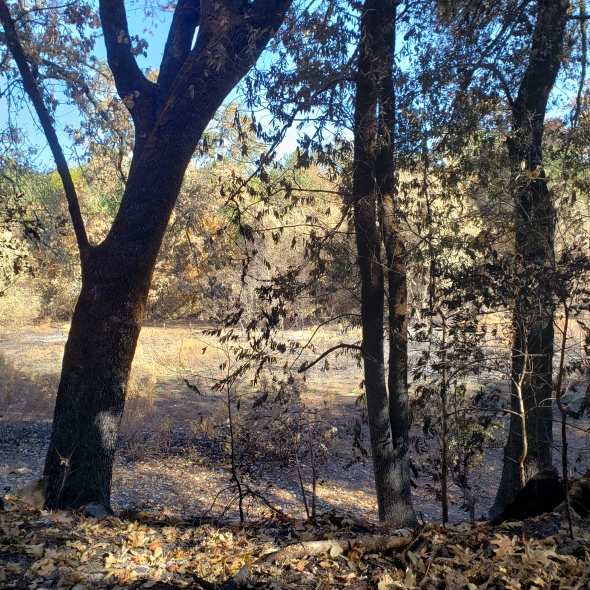 This entry was posted on October 29, 2020 by somuchworldsolittletime. It was filed under California, SF Bay Area, Sonoma & Napa, United States and was tagged with Annadell State Park, Glass Fire, Santa Rosa, wildfires.