If  you’ve visited our pages in the past, you’ll have seen many photos taken in and from Annadel State Park. All of these photos fall into that category, most taken on a lovely, long, meandering solo hike with which I greeted this new year. Some of these were taken on later visits. Many are taken in the southerastern quadrant of the park, an area I’ve not visited since it was badly burned during the Nuns Fire in late 2017. This is partly because trails were closed for many months and then I was out of the country; partly because I was worried about what I’d see; partly because I usually bike into the park, and try to avoid the smaller trails during mud season, to help reduce erosion. Be that as it may: herewith a sense of what we see when we explore our closest park here, three years after this part of the park burned. To be clear – the shot above here shows you Mt St Helena and the Mayacmas range, north of Annadel, all of which were affected by two different fires: the Tubbs, also in 2017; and the Glass, just last year. I’ve put plenty of photos up which show you the ridges of the Mayacamas which have now been twice burned in three years. The charred trees you’ll see further down were burned in the Nuns, not those other two fires. If any of my readers are still acting as though one can doubt or question the science of climate change…hello? 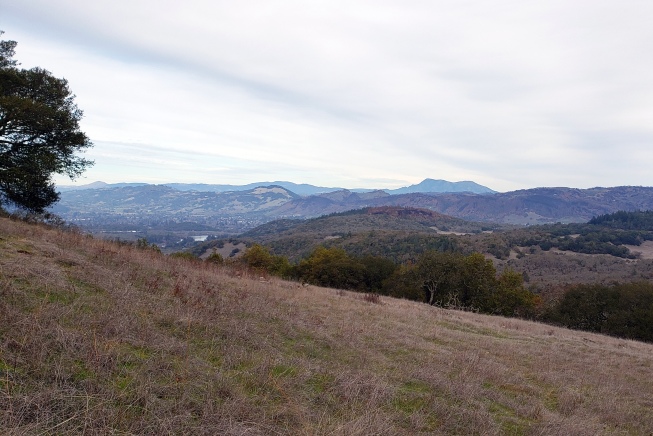 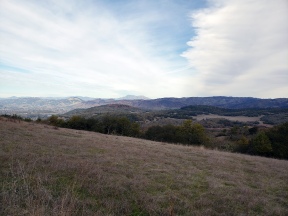 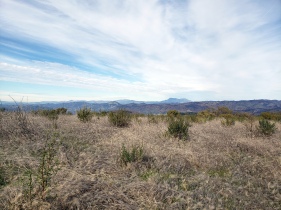 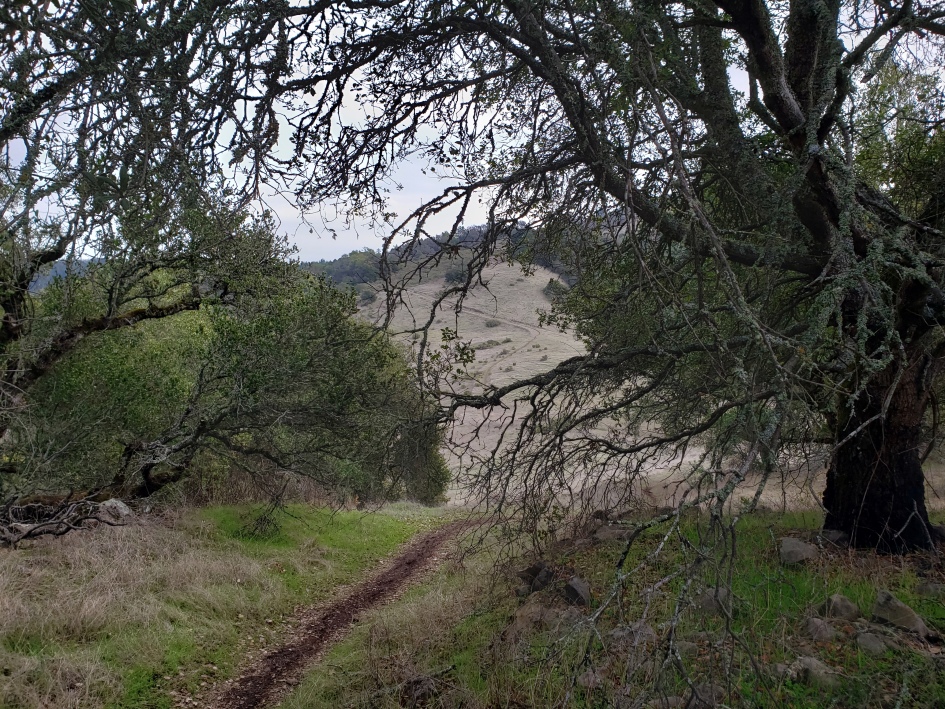 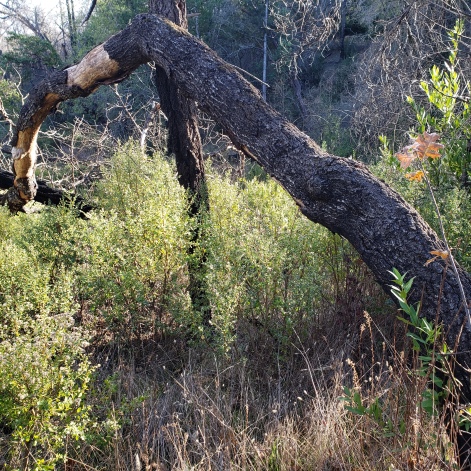 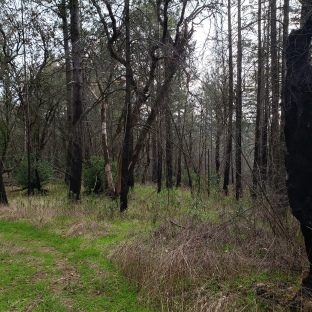 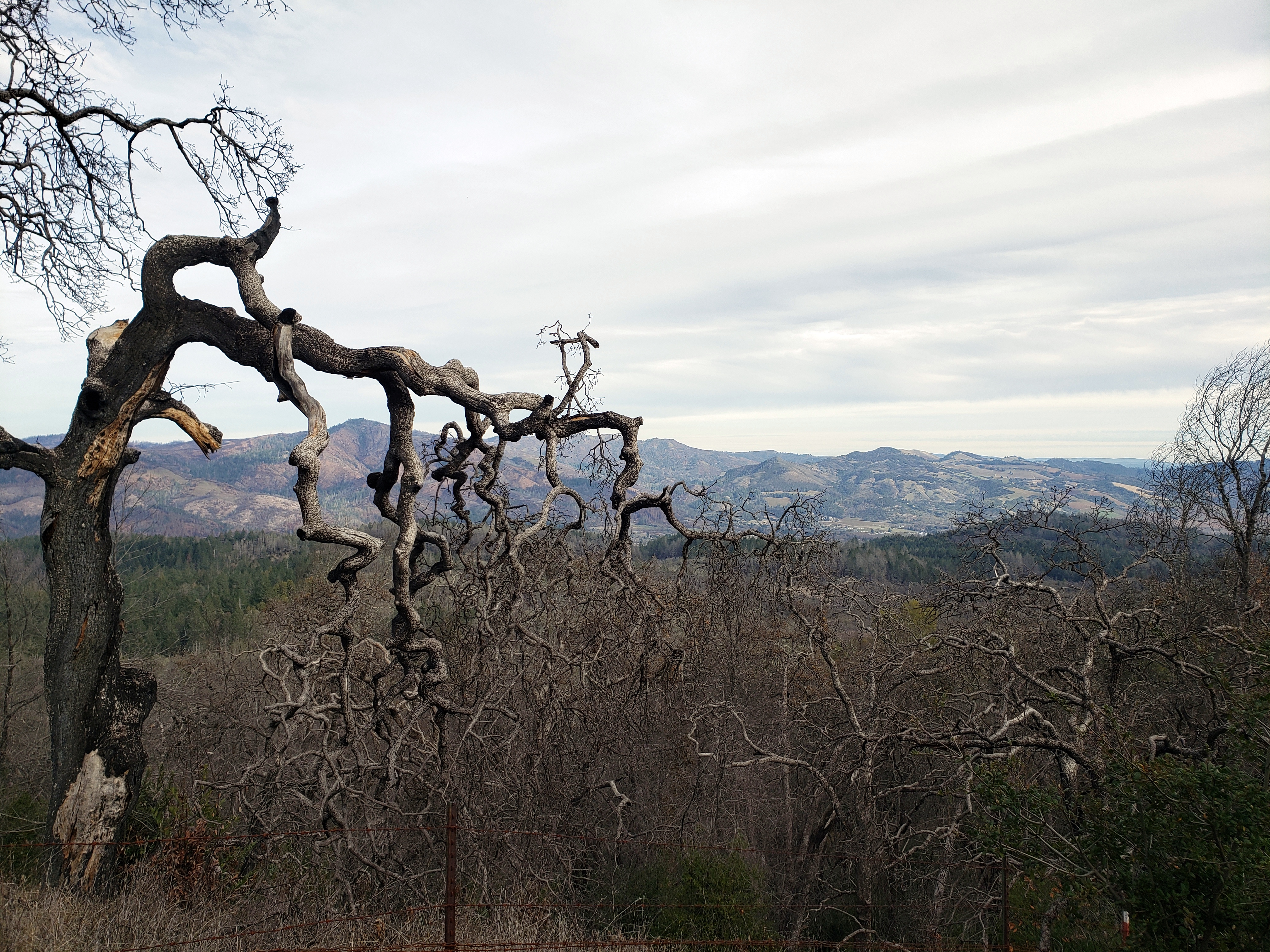 Although trees around where I stood when I took this shot *did* burn in the Nuns fire in 2017, the “burn” part of this photo is on the Mayacamas ridge in the distance – which, when I took this photo late last year, had just been burned again in the Glass Fire, after experiencing the Tubbs fire in 2017 at the same time as the south side of the valley, from which I took this photo, was burning in the Nuns fire. I remind us again that Santa Rosa hadn’t seen major immediately close forest fires for a few decades prior to 2017. Now we realize that with climate change, this is our life, and we rather desperately hope that both public and private policy and behaviors will speed their pace of change while we can still reduce the longer-term impacts on future generations and livability on the planet… 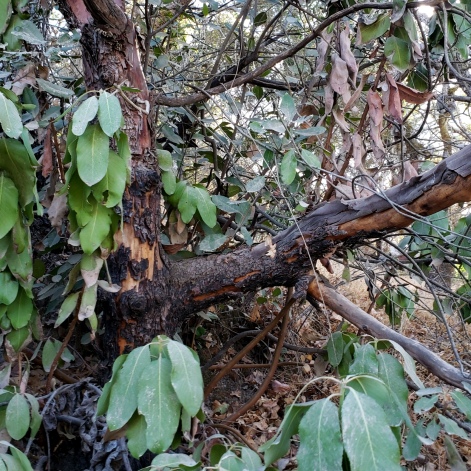 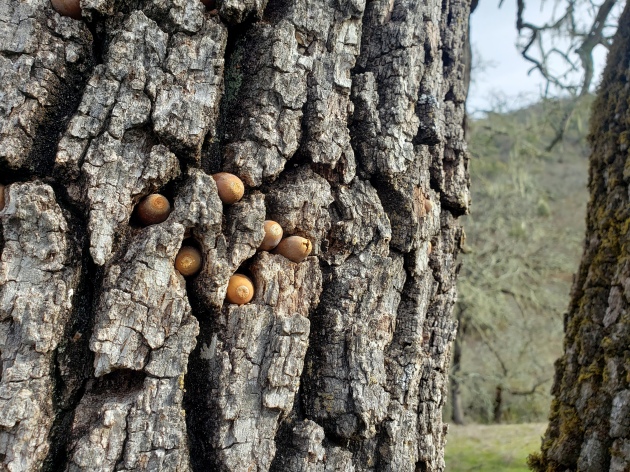 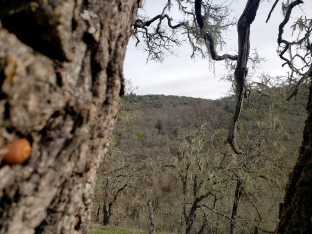 Curious how they got there? Look it up: Acorn Woodpecker :-). Who knew? 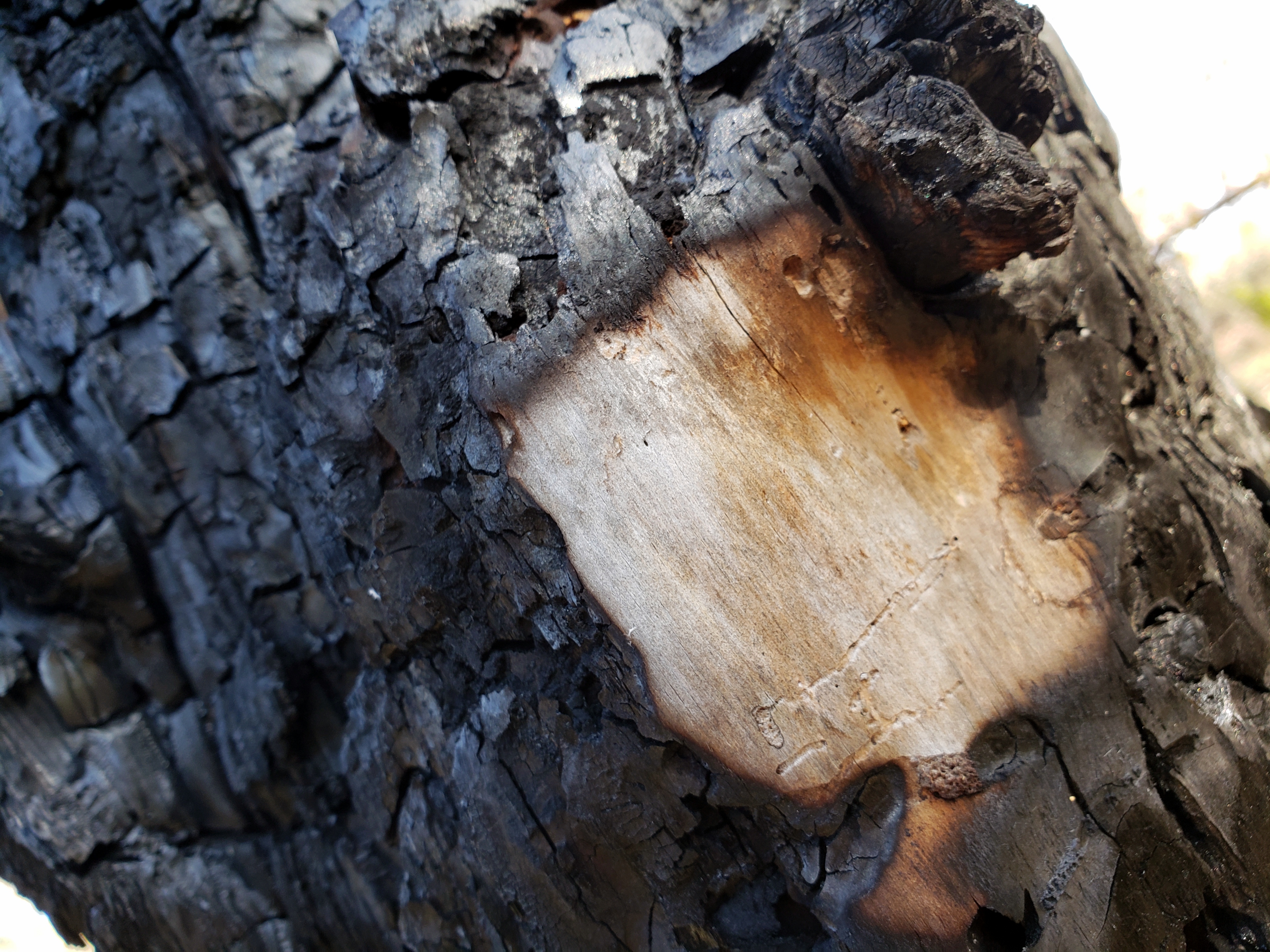 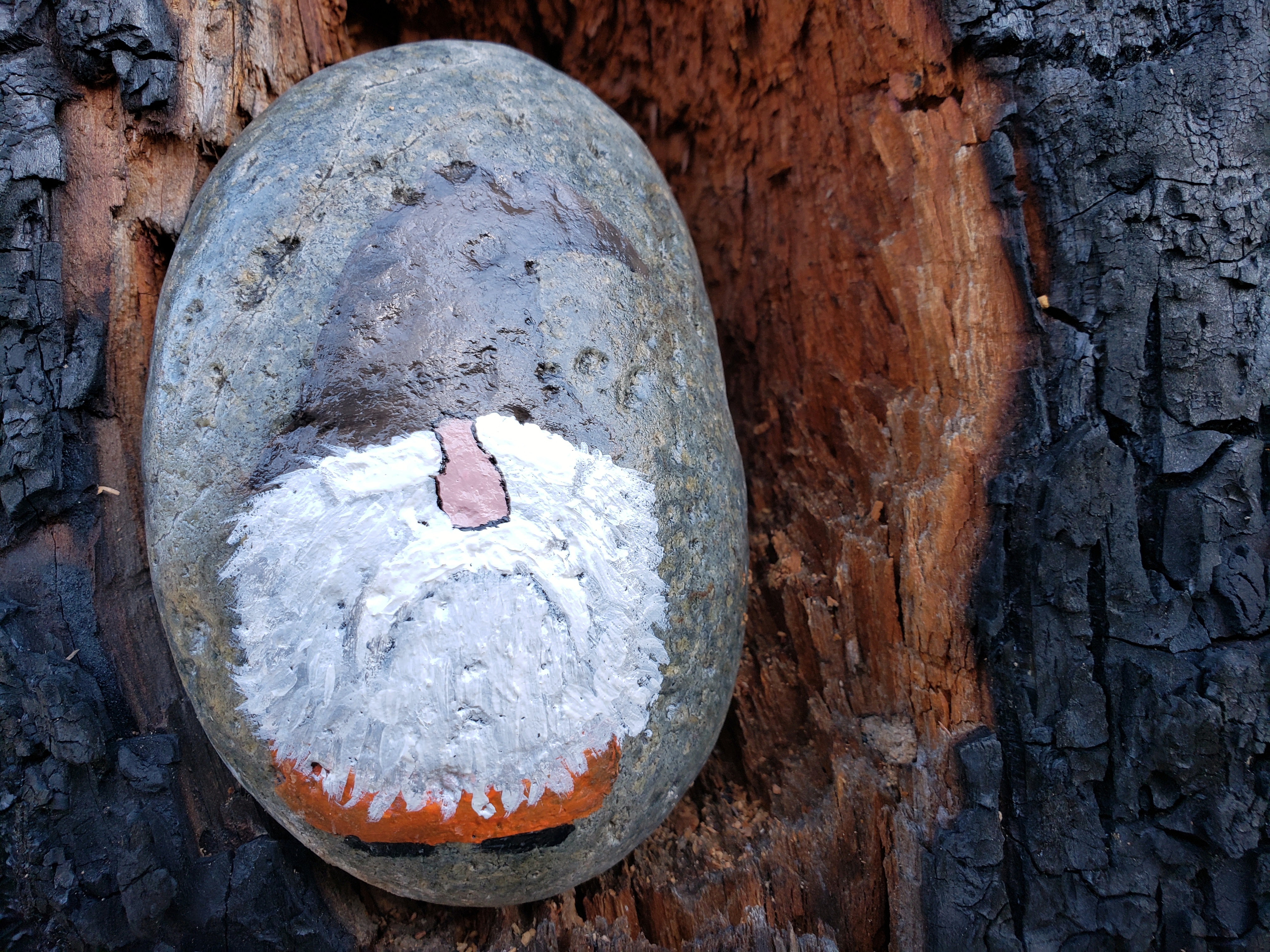 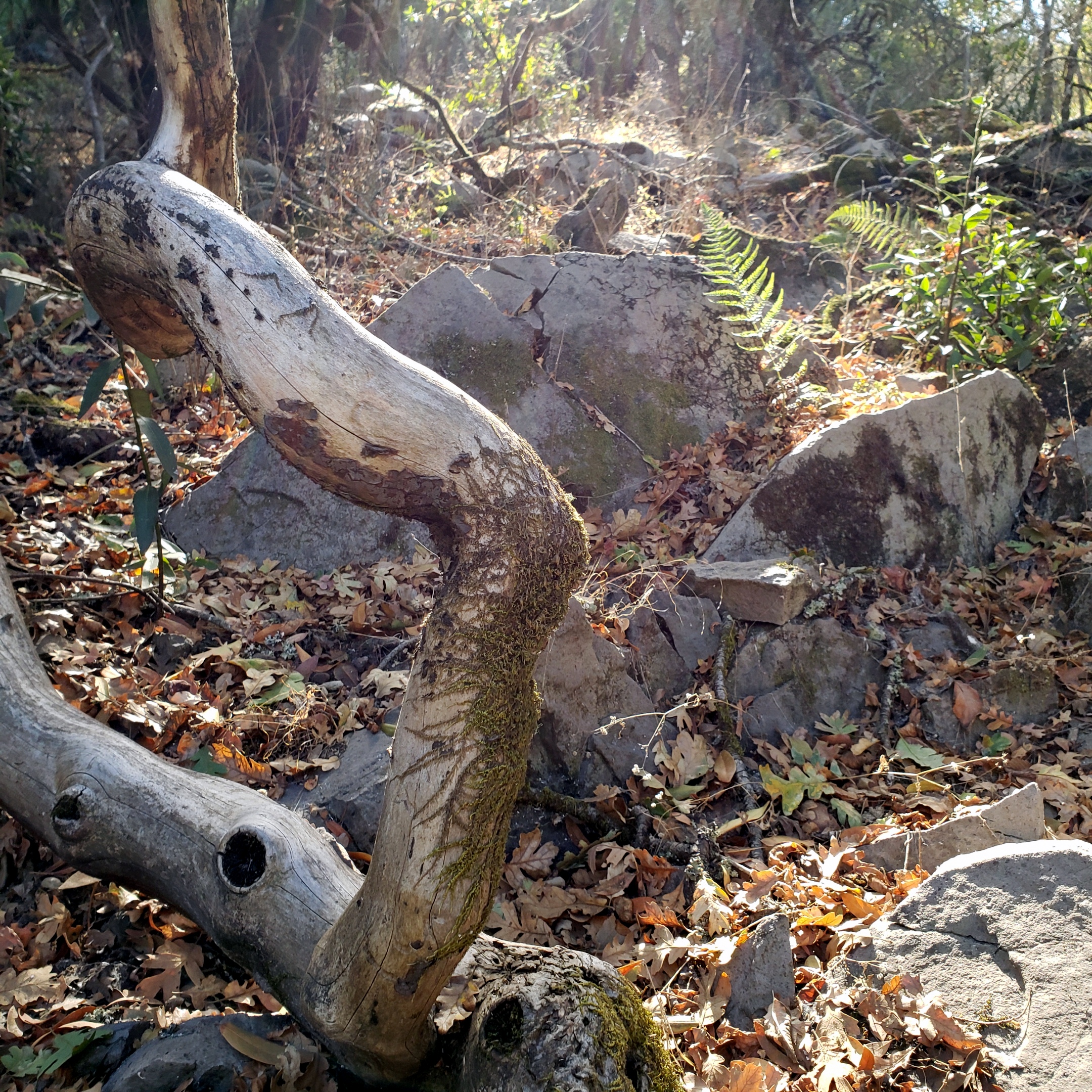 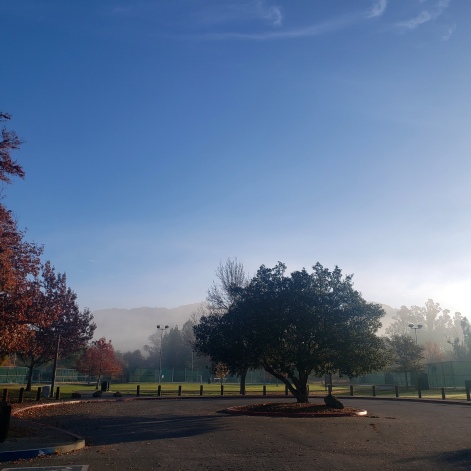 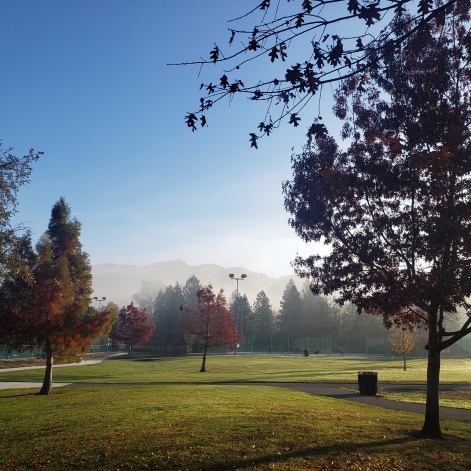 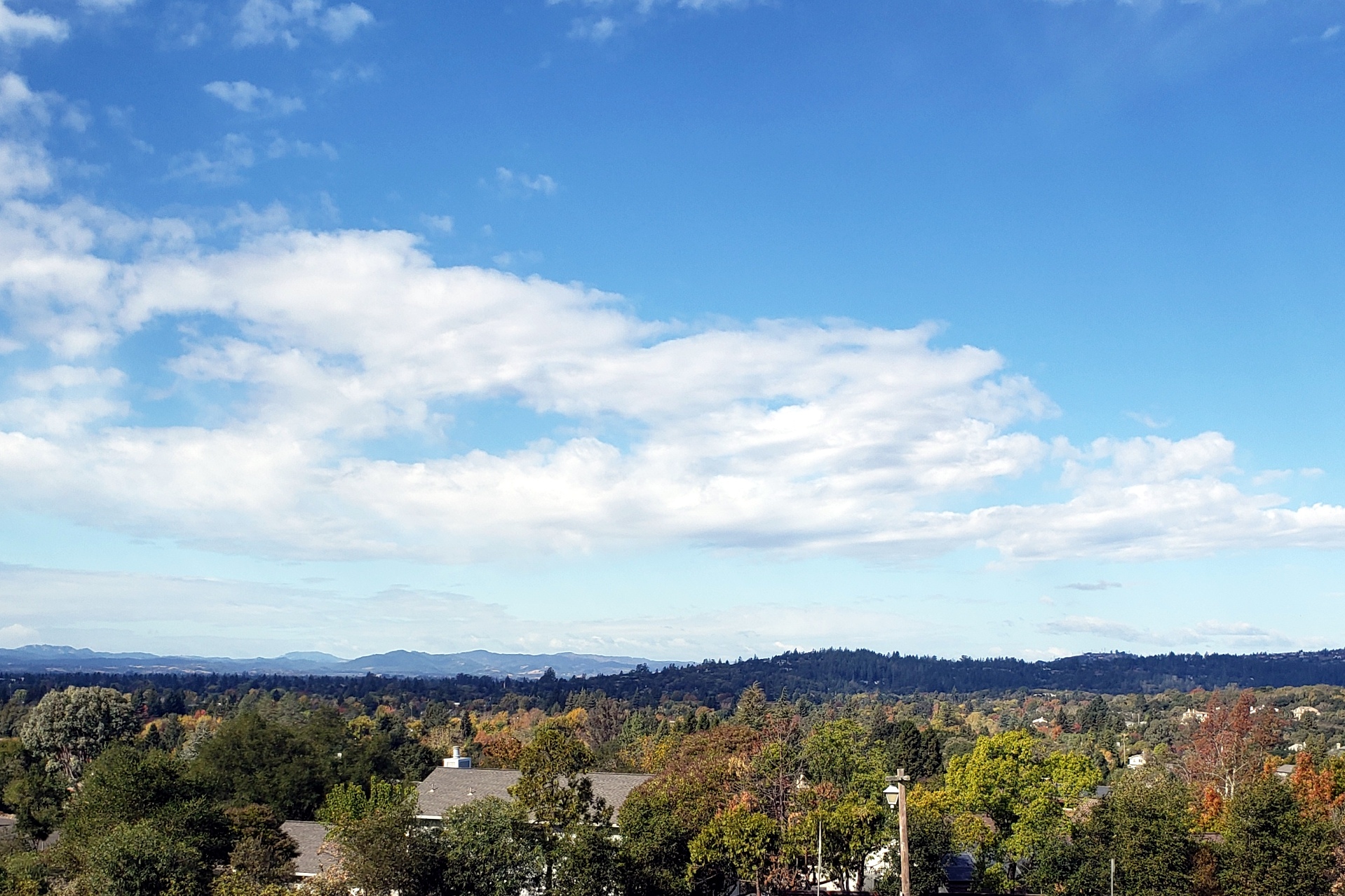 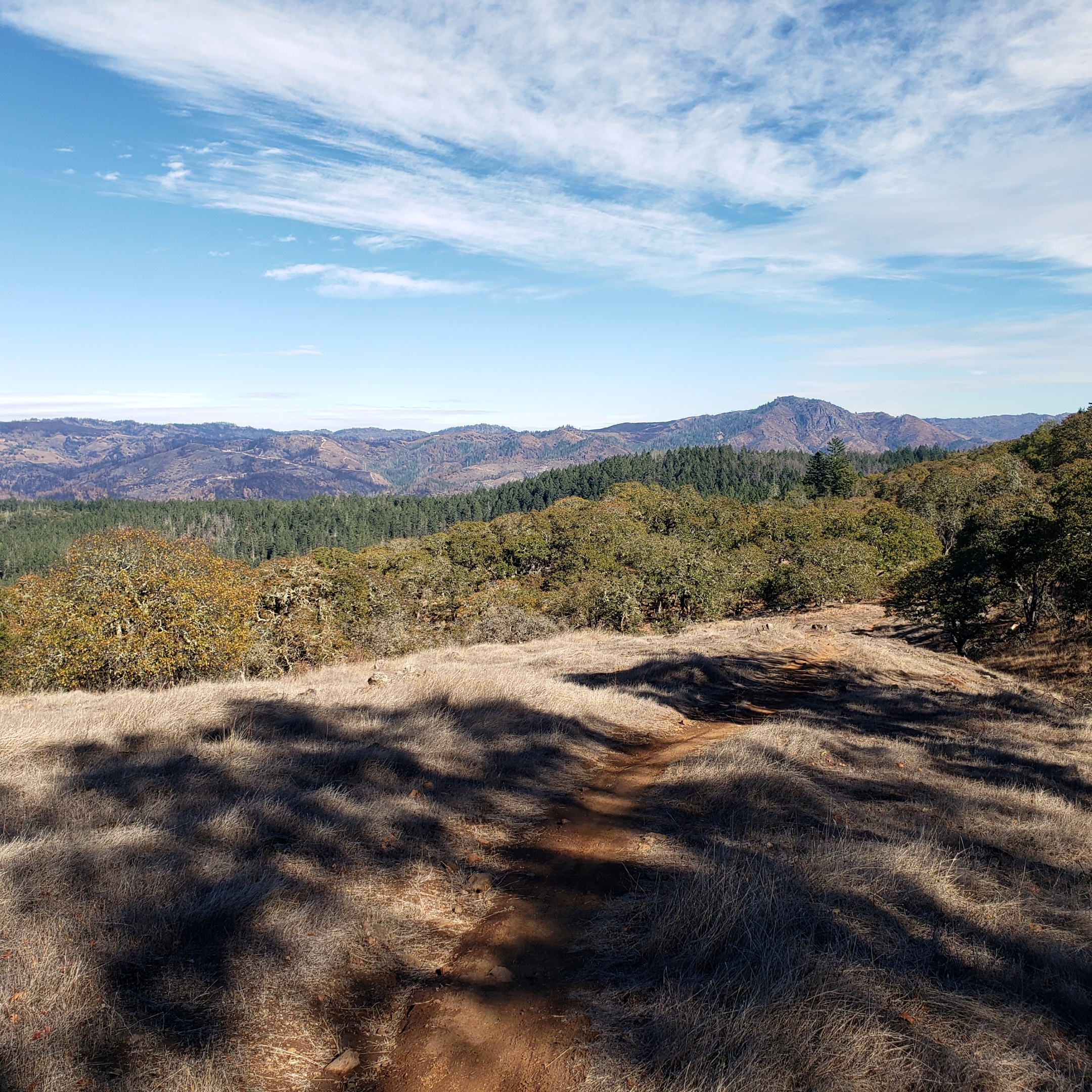 This post shows you some of the trails and views of my neighborhood state park, Annadel. All the shots were taken on two hikes, a week apart – the same two hikes from which came that comparison of the rocks & gully before and after the first rains, about a week ago. The date of the hike in question is in each photo’s title (the 8th and 14th of November). Immediately below you can see a panorama of Lake Ilsanjo, which sits in a bowl fairly high near the center of the park, and then three shots of which one was taken before and the others taken after the first rain. Sorry that I didn’t take shots that allow a better comparison of water level in thelake, but you can see more green, for sure :-). That said, we had the one inch+ nearly three weeks ago, and not a drop since. Think rainy thoughts for us, please… 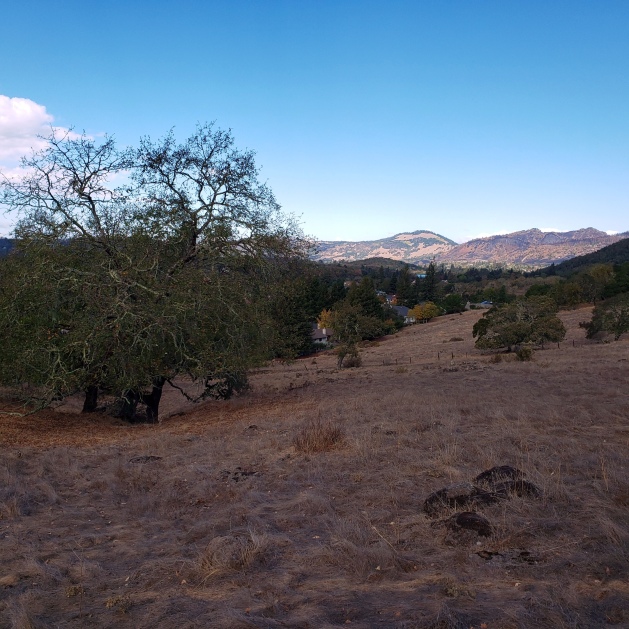 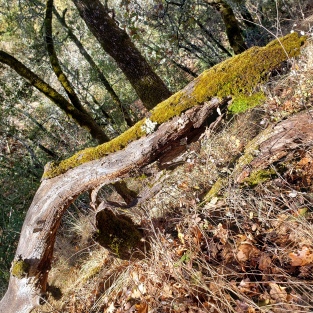 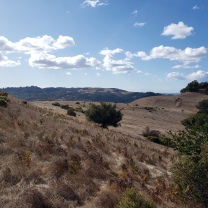 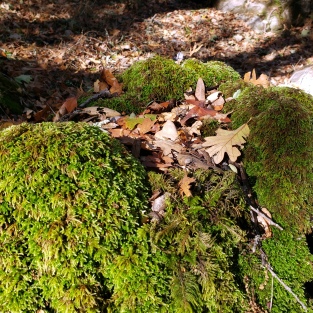