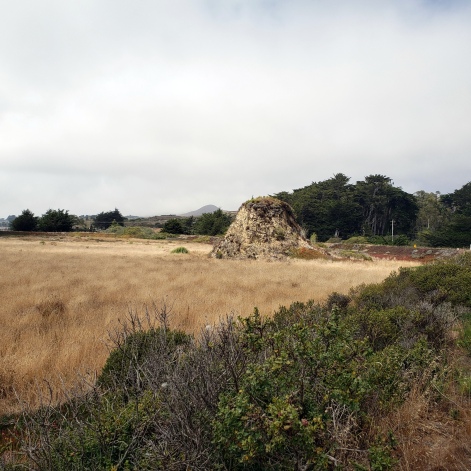 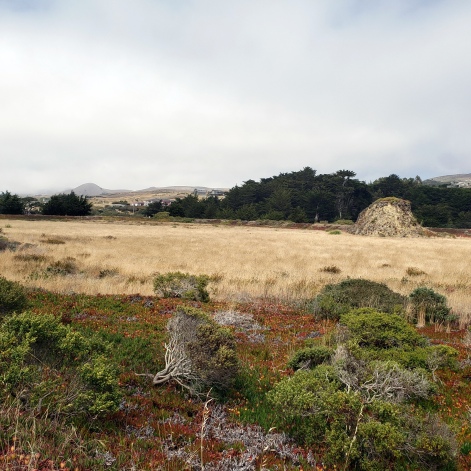 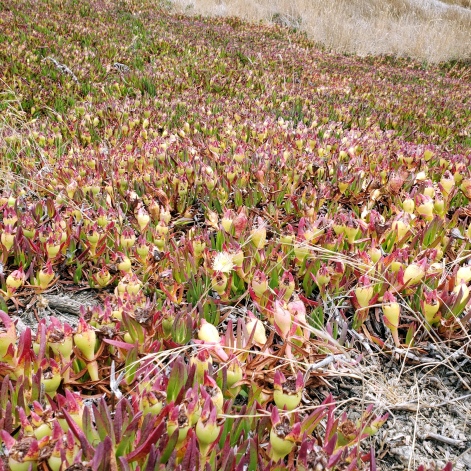 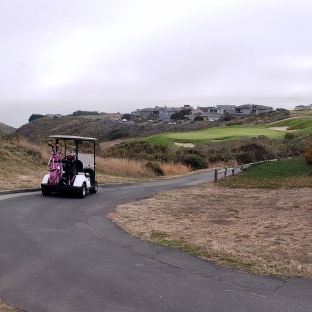 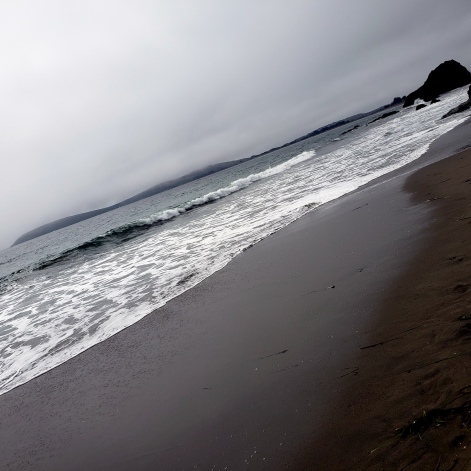 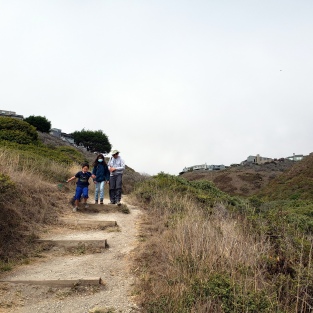 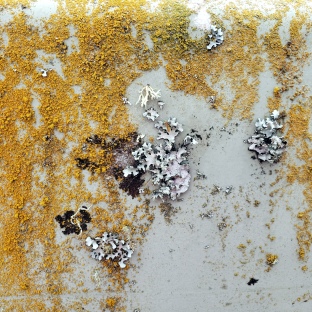 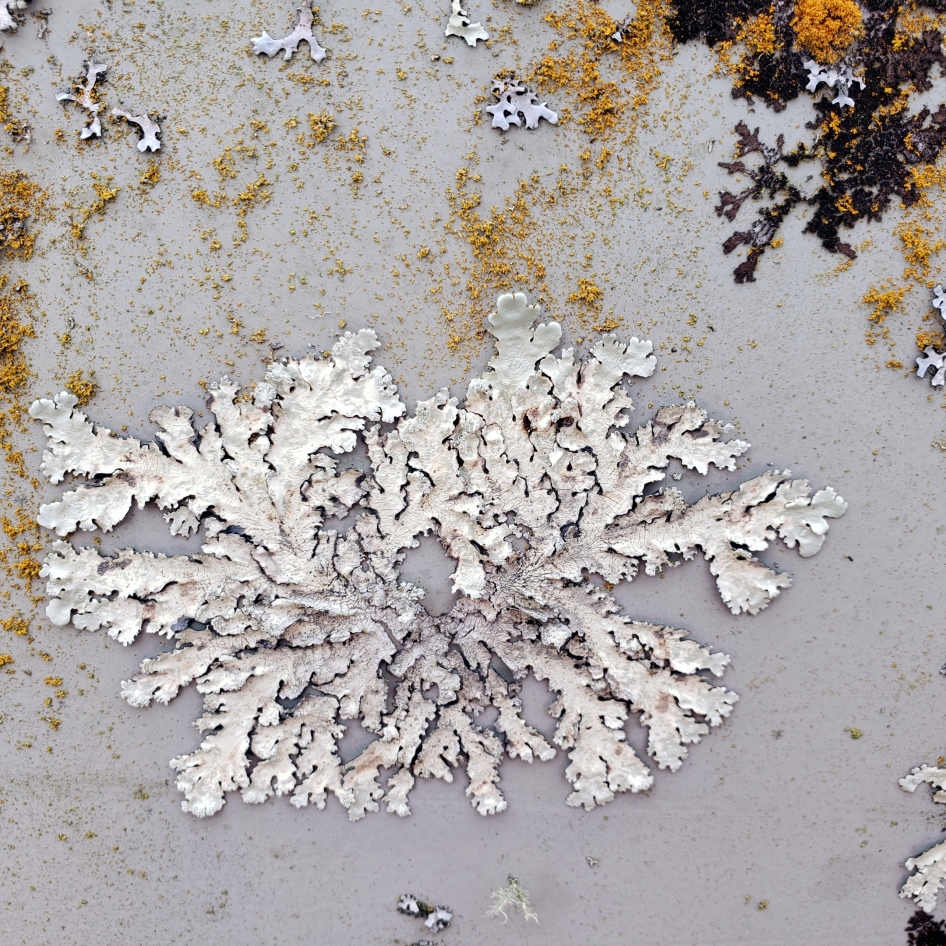 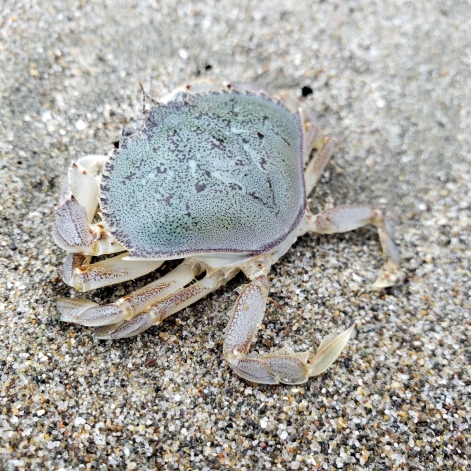 NY Harbor to SF Bay in a Day 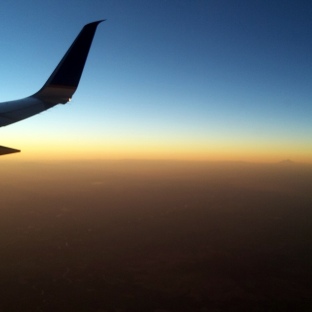 So last week I flew home to the bay area after a month with family in the NY/NJ region. I always love flying into SF from NYC: the route very frequently goes more or less directly over my home town of Santa Rosa, then cuts down along the beautiful coastline in Sonoma & Marin counties, more or less directly over the Golden Gate Bridge and then in some manner or other executes a circle in order to line up for landing at SFO. These photos were all taken in the space of one day when I’d returned from my assignment to Central African Republic last year. I landed late at night at JFK, woke up near the NYC office for my debrief meetings and a bit of a presentation to the office team, then hopped directly on trains to the plane for the flight. Since it was a clear day on both coasts, I got morning photos from a walk along the shore at Battery Park & views of the Statue of Liberty; then took photos of Santa Rosa from above, Point Reyes, San Jose & silicon valley at dusk, and the coast south of SF as the plane began its circle toward San Jose then back up to land. Air travel remains a gift which I enjoy on days when the view out the window is so spectacular, even if the in-airport experience long since stopped having any pleasant elements whatsoever :-). Enjoy! 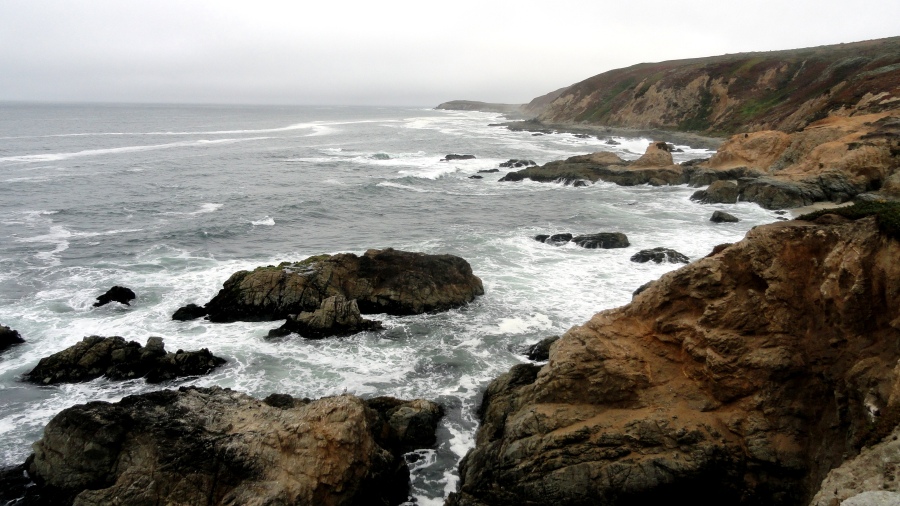 The previous post showed some of the redwoods from Armstrong Grove, maybe 10 or 15 miles inlands from the Pacific ocean, upstream along the lovely and wine-producing Russian River. In the photo immediately above, you see where the Russian river meets the Pacific – and another shot of more or less the same view after the gallery of photos below. All of these photos were taken on the same day as that redwoods outing, on a lovely coast & redwoods loop trip I took with an old high-school friend of mine who’d come up to check out the place I’ve been calling home for the past few years. Large chunks of the Sonoma County coast line are set aside for the Sonoma Coast State Park, and most of the photos in this entry come from sections of that extensive and lovely park. 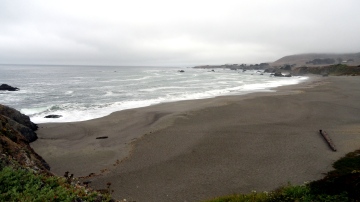 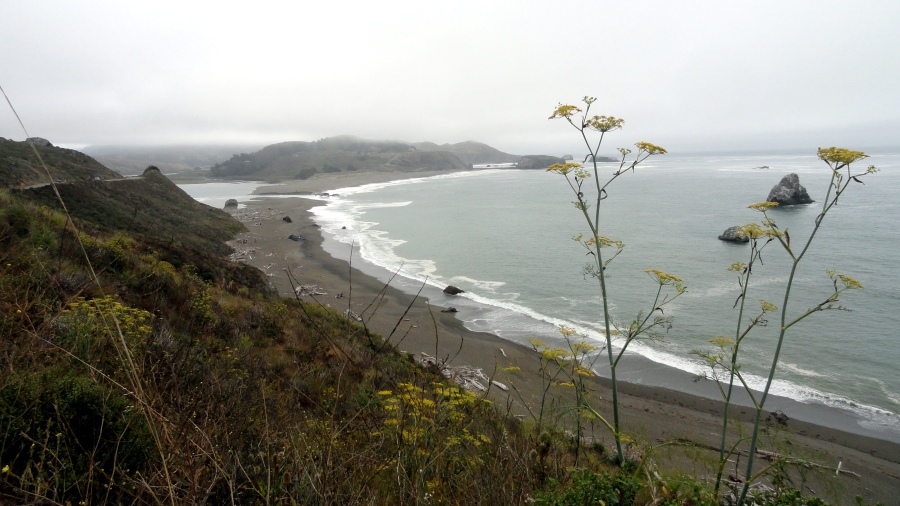 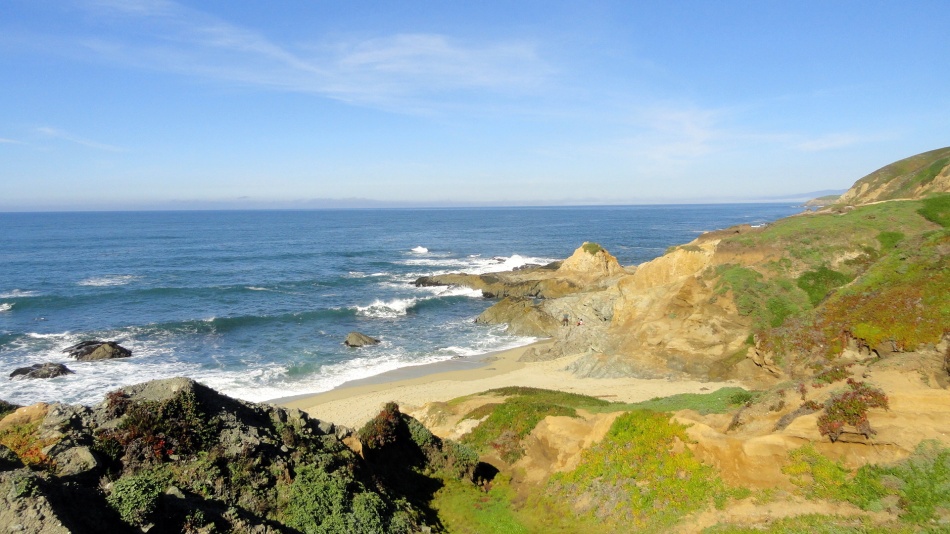 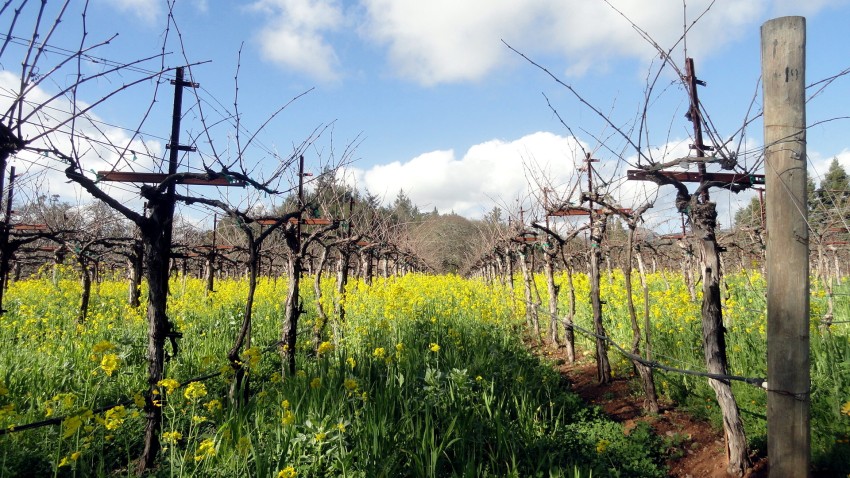 For several months now, smw slt has been calling Sonoma County, in the northern sector of California’s lovely Bay Area, home. It’s an area I’ve always loved and now hope to return to regularly in coming years…during breaks from the upcoming long assignment that’s about to begin. Yep, that’s right, after more than two glorious months of biking, hiking, cooking and quietly attending to the business of having and making friends and pursuing a relatively quiet life, I’m about to pack the bags and hit the airport circuit for more of my beloved work. But before I go, I figured I should pop a few of the scenes I’ve been enjoying these recent months up on the blog, both for myself to scan when I’m feeling homesick, and for anyone who wonders what life looks like an hour’s drive of the city of SF itself. These were all shot between January and March along the coast and in towns and spots around Sonoma County – sadly, I forgot my camera often when I went out by bike or in the car when my mother visited, so for example I have no photos of our lovely day at Fort Ross and at Jenner, where the Russian River meets the ocean. Oh well – that’s called down time for me, to forget the camera! Enjoy, and look for future  updates when I get the chance. (And for the record, the painted boot was just sitting there on the picnic table; I did not stage that one. If you don’t see it, try launching this page in a different browser.) Thanks :-). 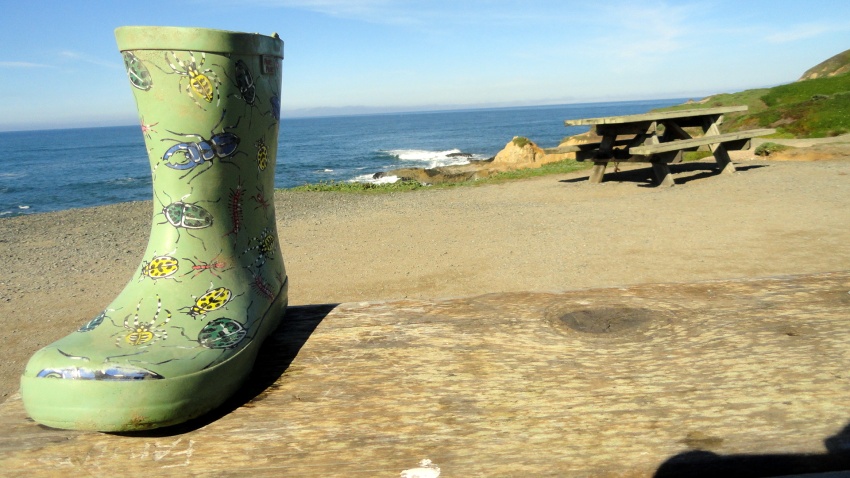 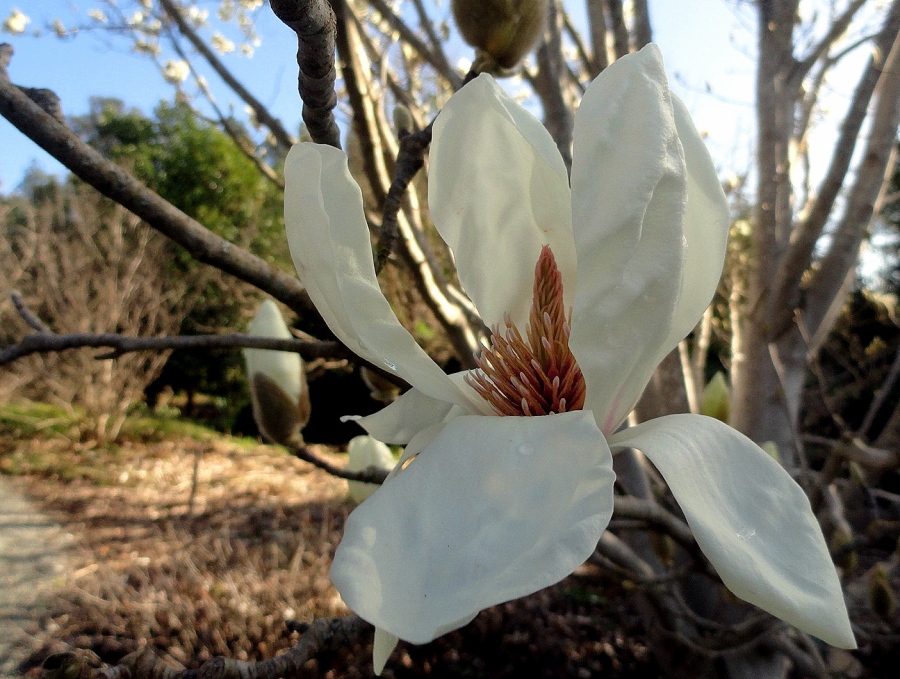 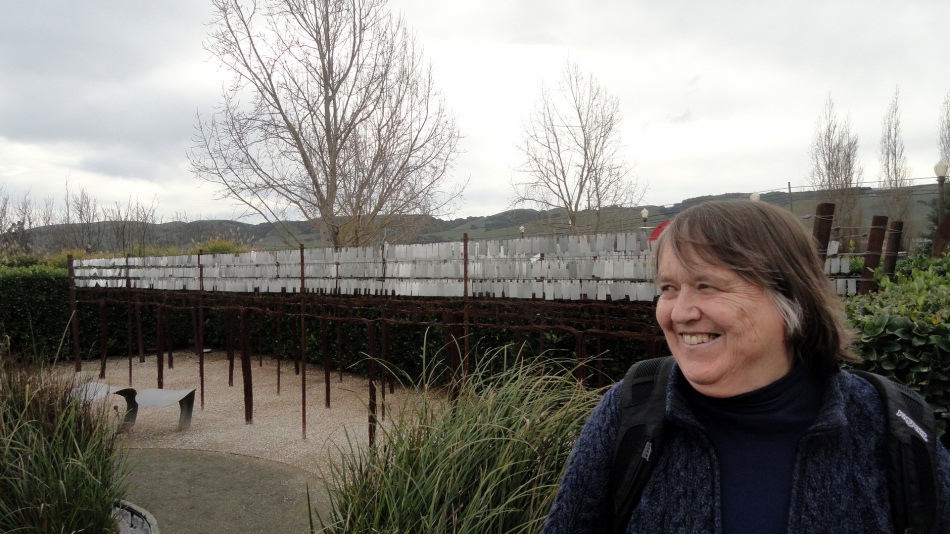 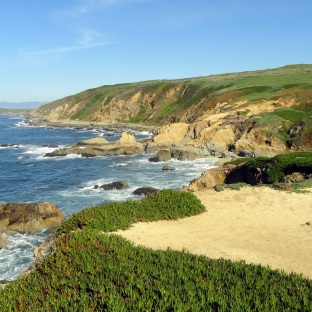 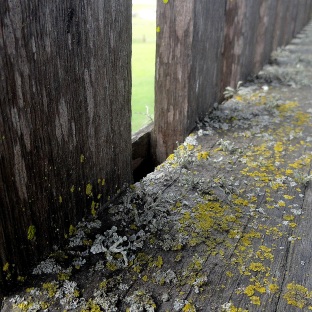 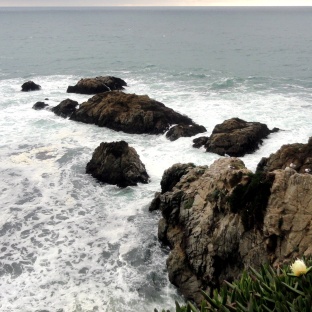 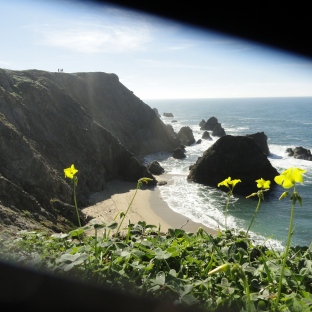 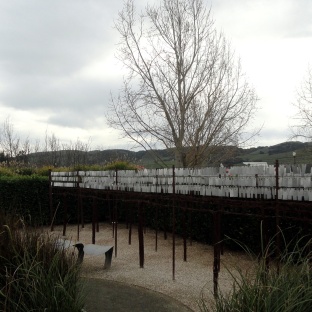 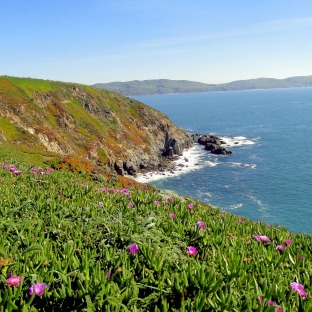 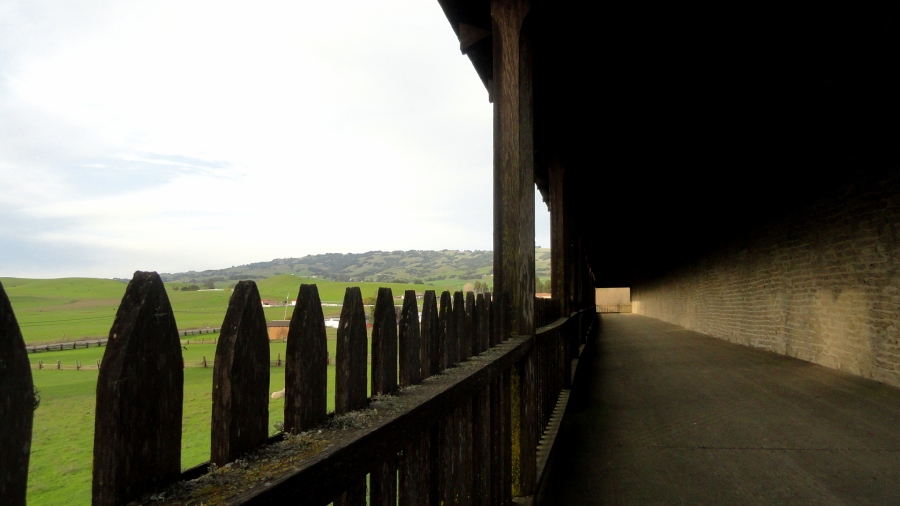 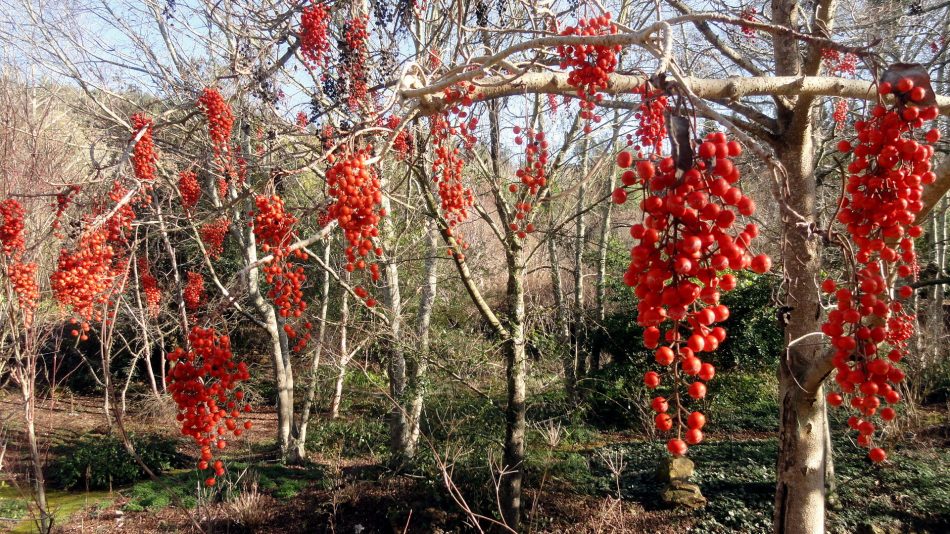