The Trouble with Trees… 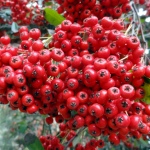 Taking pictures of them, that is. Especially when they’re 2,000 years old, enormous, and have curious and fascinating extrusions angling off in interesting directions. Or when its just grand and full, and no photo your little pocket-camera can capture could ever convey the enormity of leaning against its trunk and scanning the grey skies through its dense crown. That’s all my way of apologizing for the inadequacy of my attempts to show two of the grand heritage trees that can be found at Jack London State Historic Park, where with Steve & Mom, I spent a chunk of one of the last days of 2015. Mom and I had been before, to learn more about the man and his family and ideals and history. Really remarkable stuff, and it was clear to me that Chuck (my eldest brother) would have been good friends with the guy – seems he was quite the cut-up, aside from being quite work-driven and really a fairly original thinker in many ways. (He tried to experiment with sustainable farming in the first decades of the last century — well before the dust bowl first made obvious how badly we were over-farming the continent!) Anyhoo — here are just a bunch of shots from a hike Steve & I took to a remarkable, lone ancient redwood. I guess it’s the only old-growth redwood left, i.e. the only one that didn’t get cut down and turned into planks for housing some time between 1850 and 1980 or so. I’m fairly sure we saw new-growth redwoods coming back in various spots along the walk, which is nice to know. So many SF tourists stick with Muir Woods, which is certainly lovely but also a great deal more densely crowded than the many magnificent state parks which dot the coastal mountains both north and south of the city. If you’re interested in redwoods and considering a trip to the city, do think about ranging further afield…it’s well worth it.

That’s Steve with the ancient redwood behind him, especially the  multi-tiered burl, which may look like a fungus or problem but is apparently one way the tree can reproduce itself if it needs to. I’m not quite clear on the mechanism, but it’s clear the coast redwoods have multiples systems of reproduction. Further down there’s a shot of me & Howard & Gene at sunset on the last day of 2015, at Limantour Beach in Point Reyes National Seashore – another great bay area location well worth visiting. 🙂 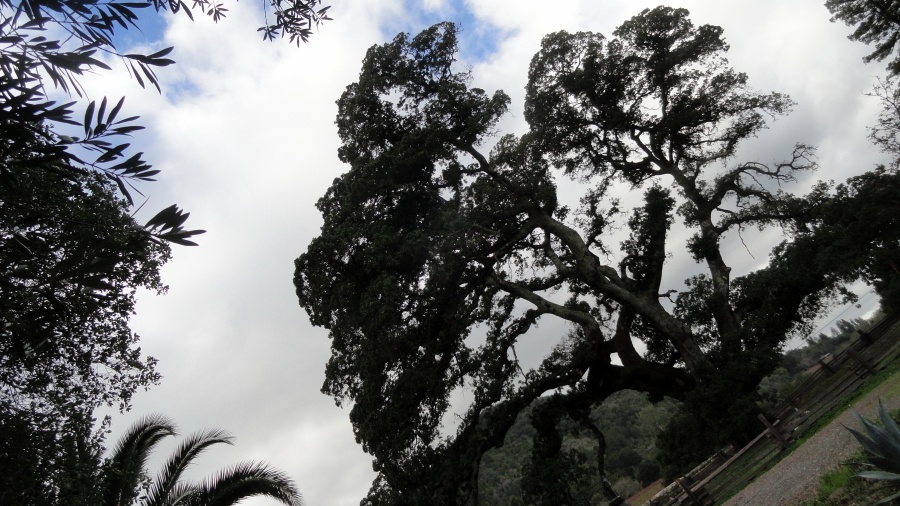 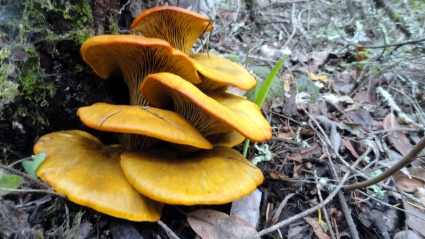