That’s Hayes Valley Grill, a dine-in, power-lunch or dinner institution near City Hall, the symphony and opera at the top of Hayes Valley. I’m told it plans to reopen, once dining indoors is again possible. Below are a bunch of shots I took during walks in various neighborhoods at the end of January. Not to be depressing, but realistic – like I said before, I think the city’s response to covid, both public and individual-behavior, has demonstrated some good models that other places might consider. But covid does cost us all, both immediately and, no doubt, in longer-terms impacts we’ll all be tracing for many years. Investing in good public health is the best way to manage such epidemics, but the influence of money and greed on the voters and politicians in the US have mostly strangled reasonable evidence-based discussions on public-policy and many other things here. Let’s hope we can nonetheless manage to build back with better opportunity and protections for as many humans as possible everywhere, despite the damage of money, greed, and the politics of division. Human ingenuity has proven in the past that we really can create rising tides which float a lot of boats, as long as we view it as collective success, rather than individual competition… 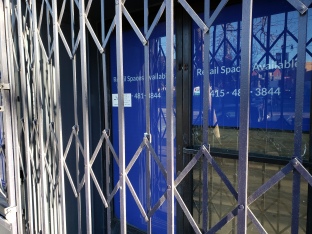 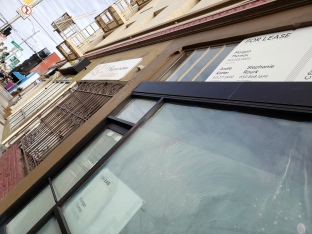 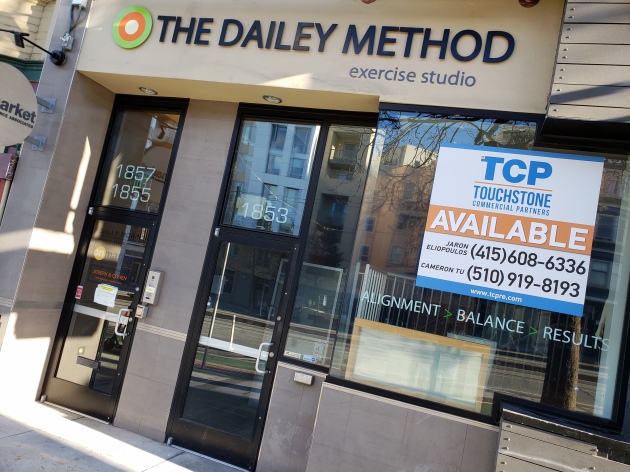 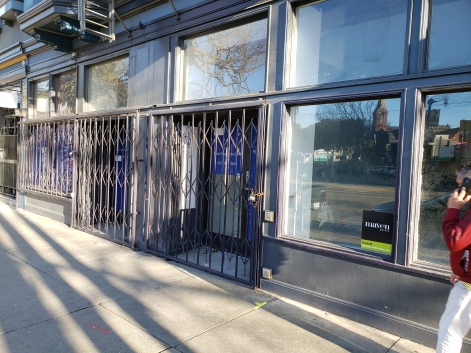 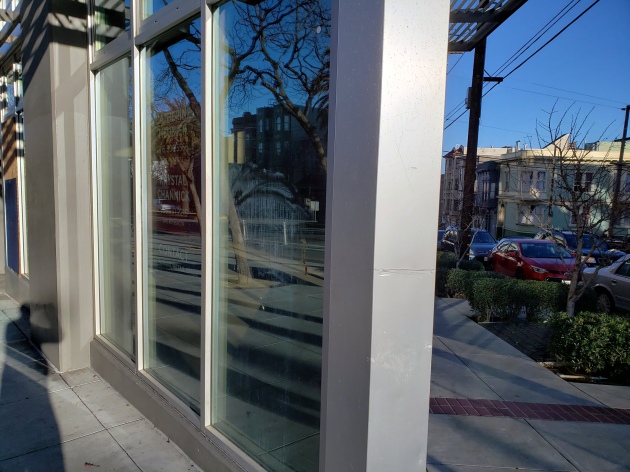 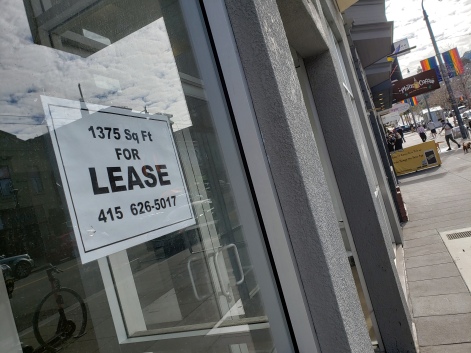 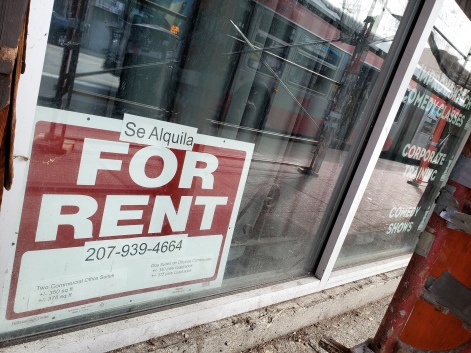 It strikes me that SF has been impressively well-organized and smart in both its public-policy and its personal-behavior response to covid. I believe this is reflected in its infection numbers per 100,000 residents. The JHU site told me it was at 3,731. This is far fewer cases per 100,000 than any of the other major US cities or counties I’ve checked. Atlanta’s DeKalb & Fulton counties, for example – home of the CDC itself – have well over 7,000 cases per 100,000 residents. NYC’s Manhattan island (New York County), is actually doing better than those two Atlanta-region counties, with 5,681 per 100,000 – despite NYC’s rough, rough start. NYC and SF also share the distinction of being among the most densely-populated urban centers in the US. Cities like Atlanta and Los Angeles tend to sprawl, and I’m quite confident that they had far lower rates of public-transit ridership than either SF or NYC, even before covid.

I don’t want to turn this into a public-health treatise, so I’ll stop there.  My goal is to share photos which highlight some of the personal behaviors and public rules which have helped keep infection rates comparatively low in SF. If we close off our ability to study and learn, even from those with whom we see ourselves as quite different, then our ability to adapt really will freeze and that will spell trouble. I was in SF for most of a week at the end of January, just as the city was reopening its outdoor-dining options, as well as personal-grooming facilities like the barbershop which you’ll see below. (Note that everyone is lining up on the sidewalk outside, not waiting indoors and sharing air with each other.) I don’t think anyone in California has eaten an indoor restaurant meal since last March – or at least, not anyone following the public-health rules. But at least now we can meet our friends for outdoor dining again, and we are. I know this is currently impossible in places with harder winters, and that fact forces more difficult choices for individuals, businesses, and public-policy-makers. There again, I’d look to the attitude we’ve mostly adopted in the bay area: we’re all in this together, and we all need to help protect each other and the most vulnerable among us. 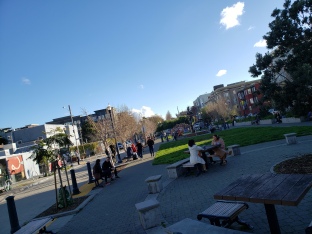 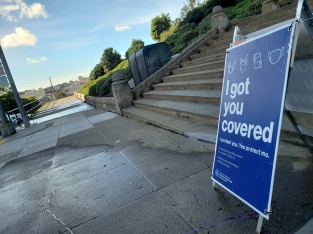 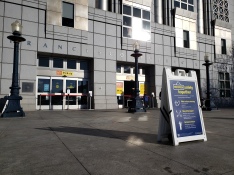 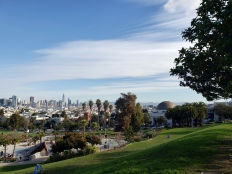 A few comments about the photos: I was happy to see that the playground at Mission Dolores Park, at the very top, was open for kids to play in – I’m not sure whether or not it was closed during the heavier restrictions, but it’s nice to see kids playing and to hear their shouts of delight. Here in Santa Rosa, most playgrounds I’ve seen have been officially closed, which makes me quite sad. SFPL is doing what our SoCo library is doing: reserve your items online, and do a touchless pickup and / or return. Returned materials are then quarantined for a few days. You’ll also see a touchless coffee pickup table for the mobile coffee truck in Alamo Square Park.

Normally I’d be in SF with friends and going to concerts or museums at least a few days every month. Such has not been the case since I returned home in July … because covid, duh. So I’ve been in the city precisely three times: when I returned from Bangladesh for a night since bus services are more limited now; and briefly in September linked to the flights to and from Wisconsin. These pics are from both trips and I’m mashing them all together to keep from falling even further behind in the backlog of photos I’ve not yet posted. Whenever travel becomes more appealing again…as you can see, SF’s a lovely city, so do think about visiting. And of the densely-crowded US cities, it’s so far done comparatively well at limiting the spread, in part due to measures you can see in a lot of these photos. The joys of a population which uses science and evidence as the foundation for its policies and politics… 🙂 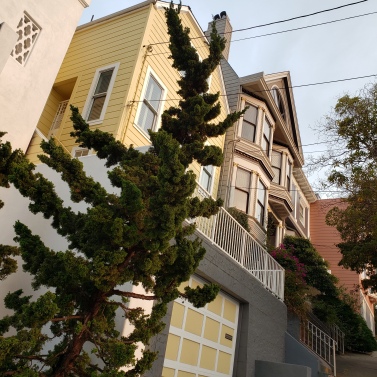