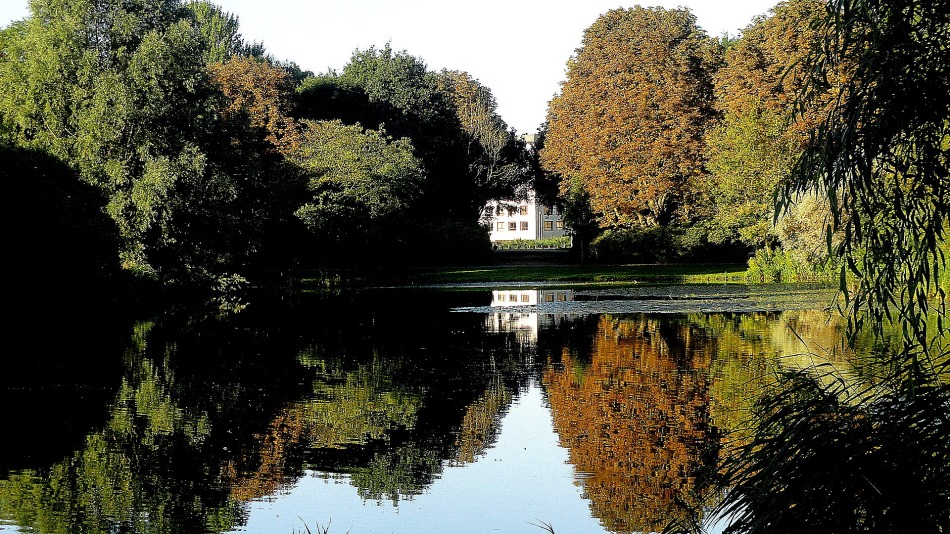 smw, slt has been back in Europe for a bit more than a week, first for a week+ of intensive, big-idea, stimluating meetings with colleagues from around the world – the kinds of meetings that renew one’s pride in the organization one works for, and one’s respect for the colleagues pursuing that work all over everywhere. Mornings I went running a few times, evenings I enjoyed the longer evening daylight to take in some concerts and enjoy the freedom to roam the streets at will. Amsterdam: a city I’ve come to know better each time I’ve visited it since starting to work with the operational centre based there, back in 2009. I’ve shown some views of it before, but this time I’m caputirng a few new areas I don’t think I’ve shown you before. Hope you enjoy. 🙂 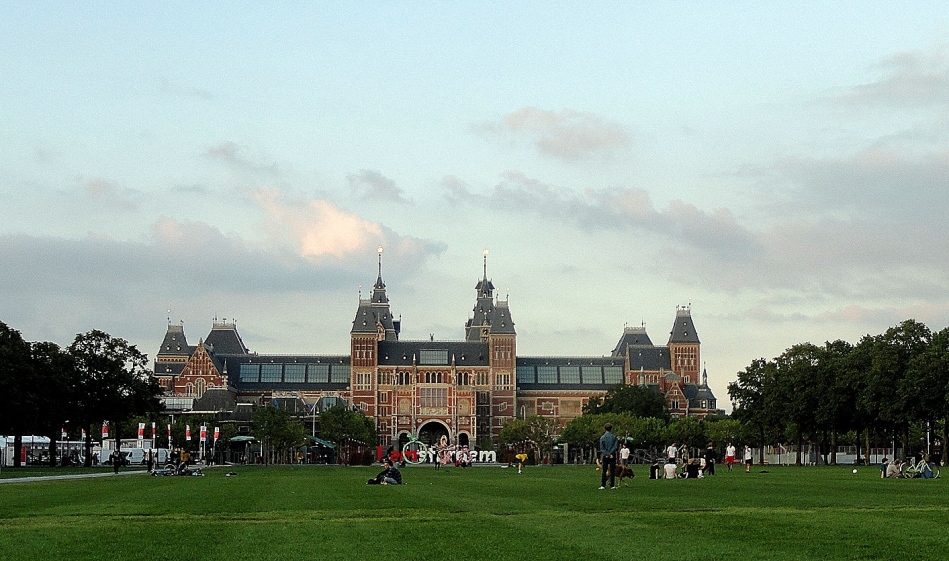 At the very top is a morning-run shot from Flevopark on the eastern edge of the main city part of Amsterdam; the others above here are of the newly-reopened (after major renovation; haven’t yet been inside…) Rijksmuseum and museum plein park of which it and the Van Gogh Museum are cornerstones. 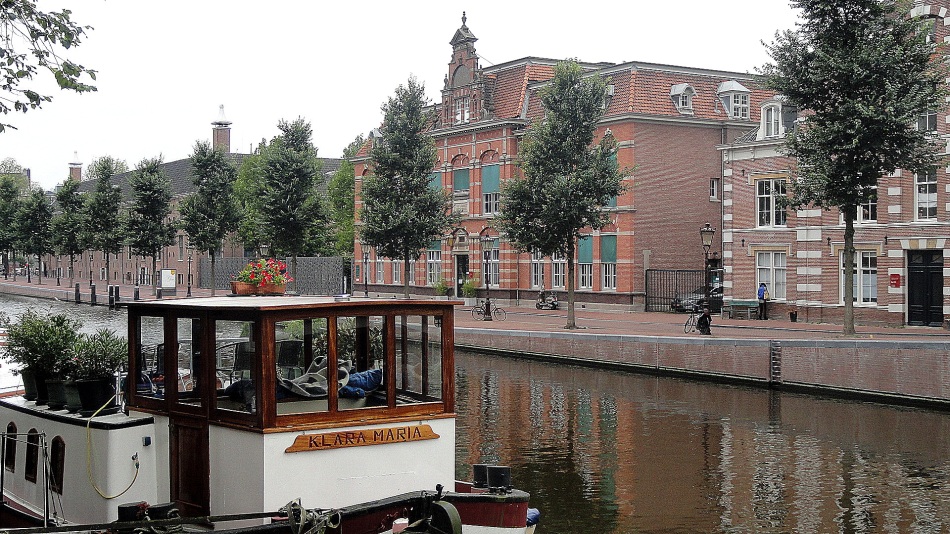 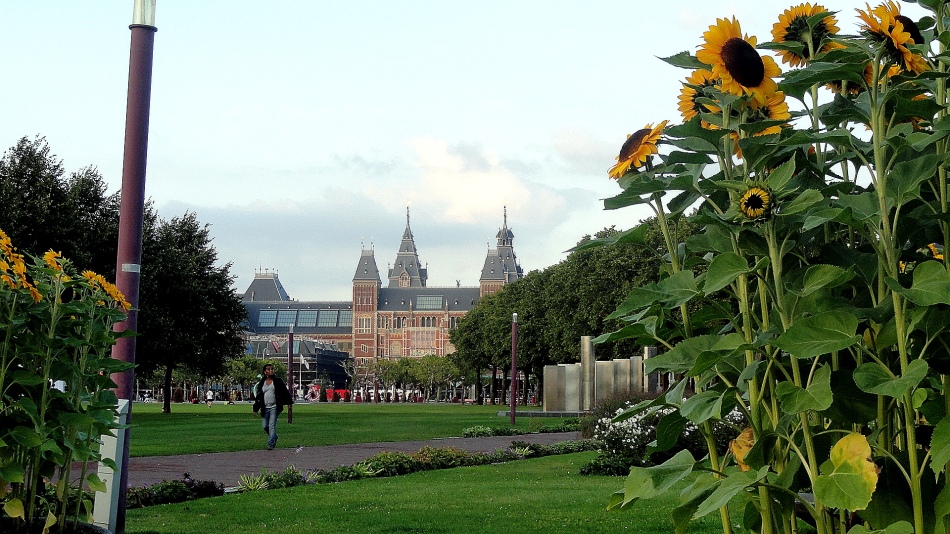 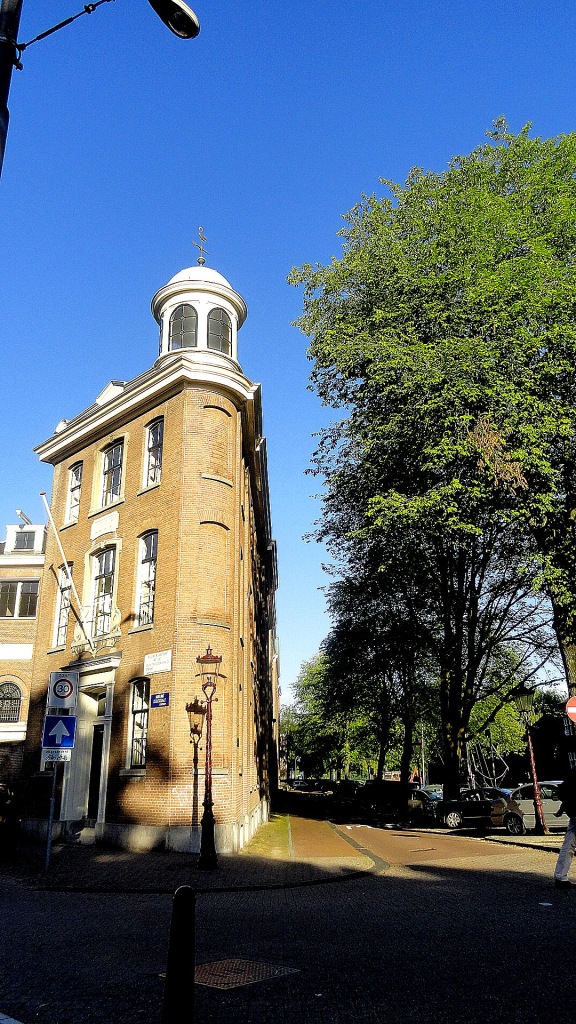 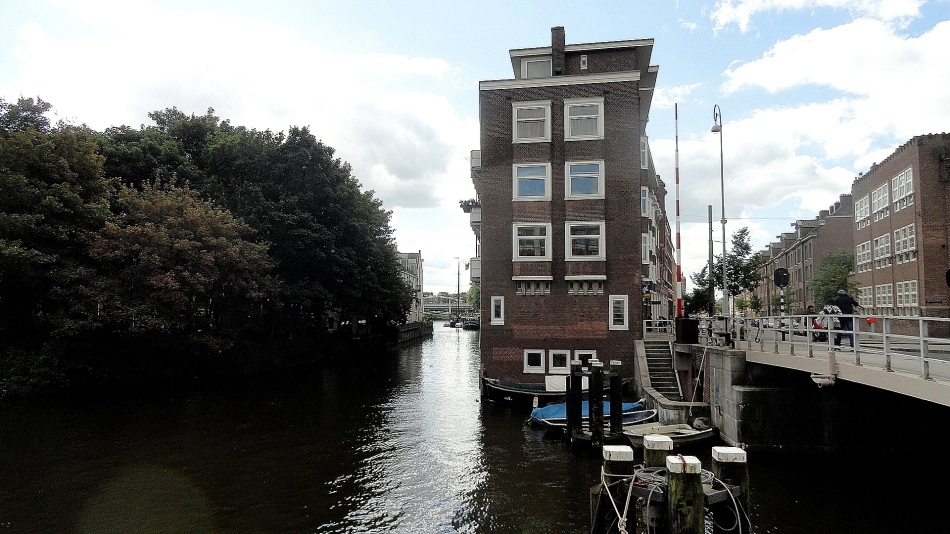 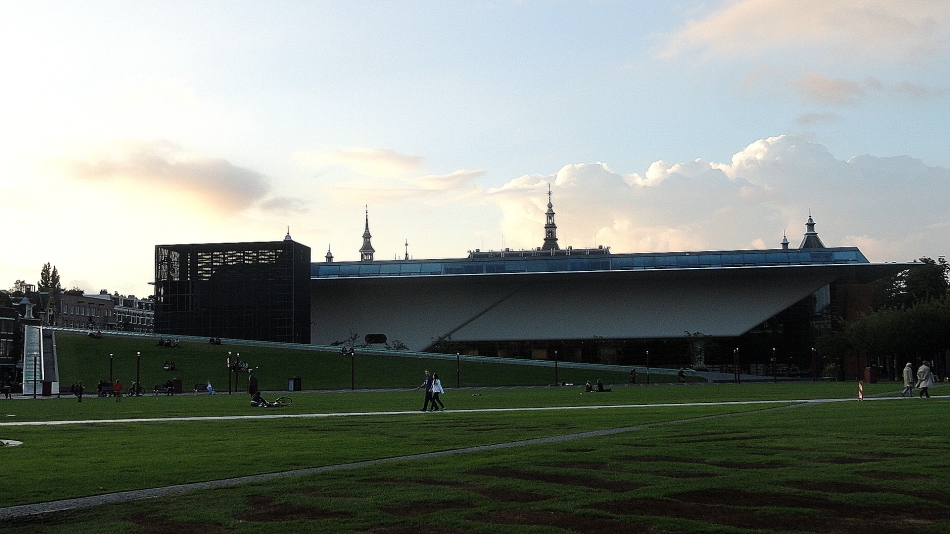 …this is the southern edge of Museum Plein, across from which is the Royal Concertgebouw about which more below. 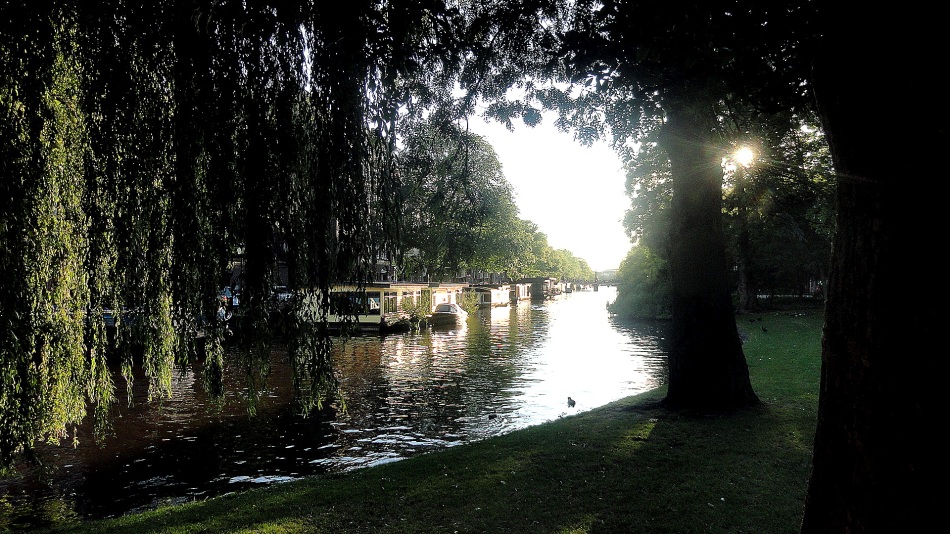 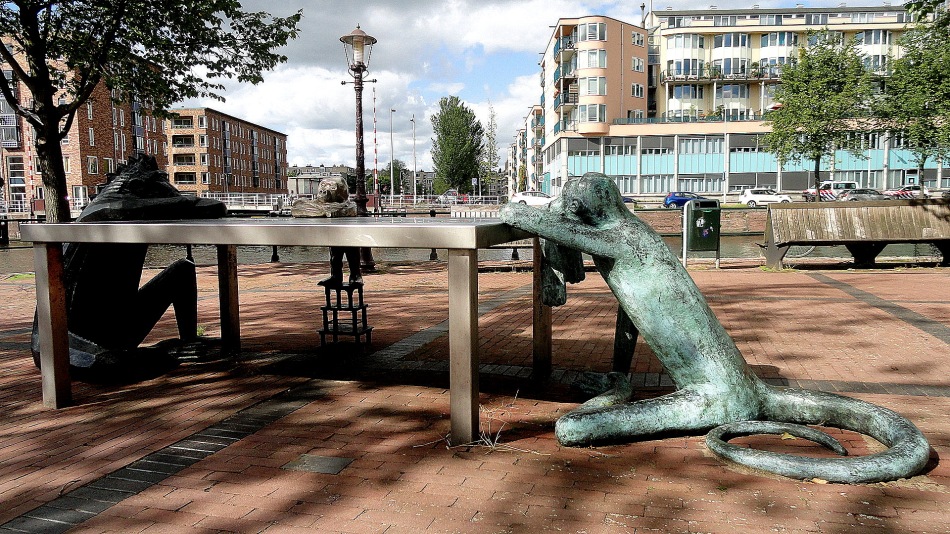 …Amsterdam can be a quirky city, from its interesting street art and sculputre scattered here and there to bikes, which its inhabitants take v e r y seriously: the bike is king in Amsterdam as the car is king in LA. 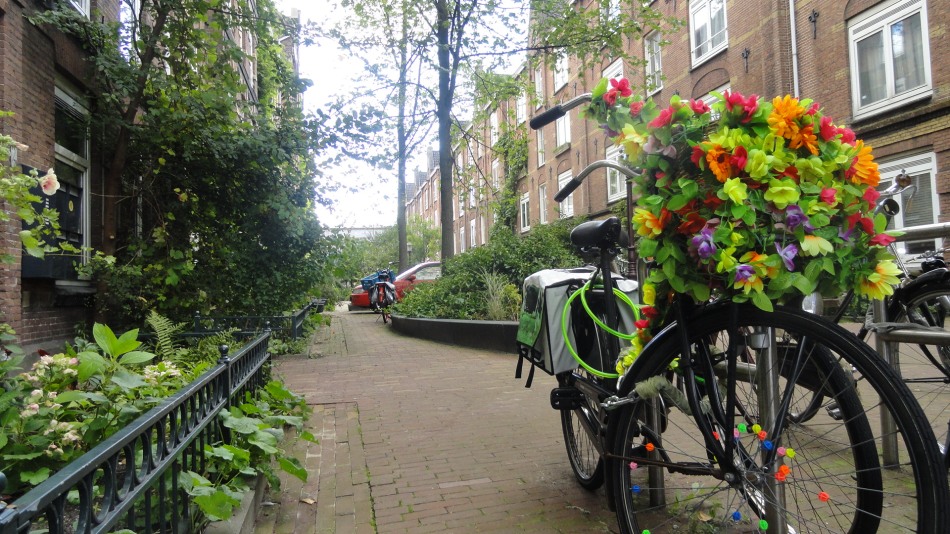 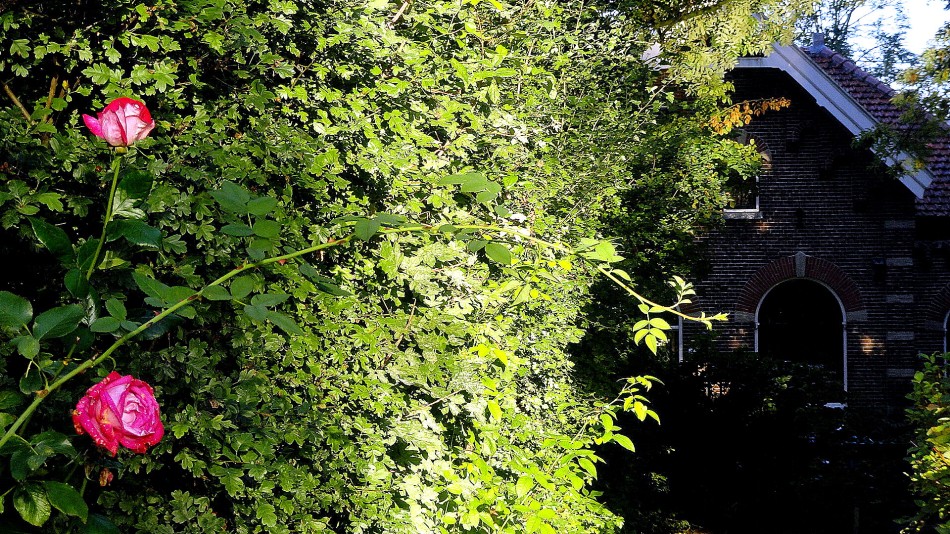 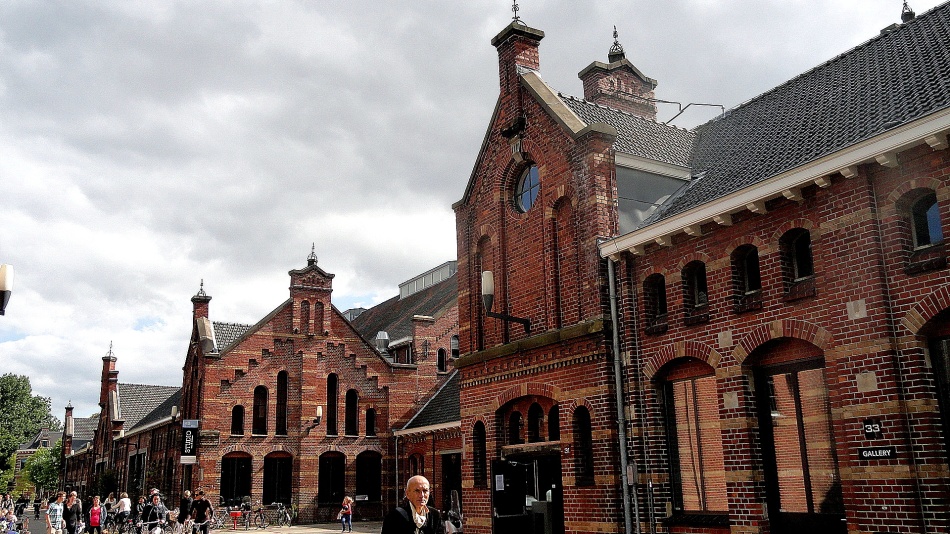 Above and below, more examples of gorgeous Dutch brick building works. (The one above is the first central prodessing facility for pressurized natural gas pipelines, if I understood correctly – i.e. the first time gas came into homes not in bottles but the way most developed-worlders know it now.) 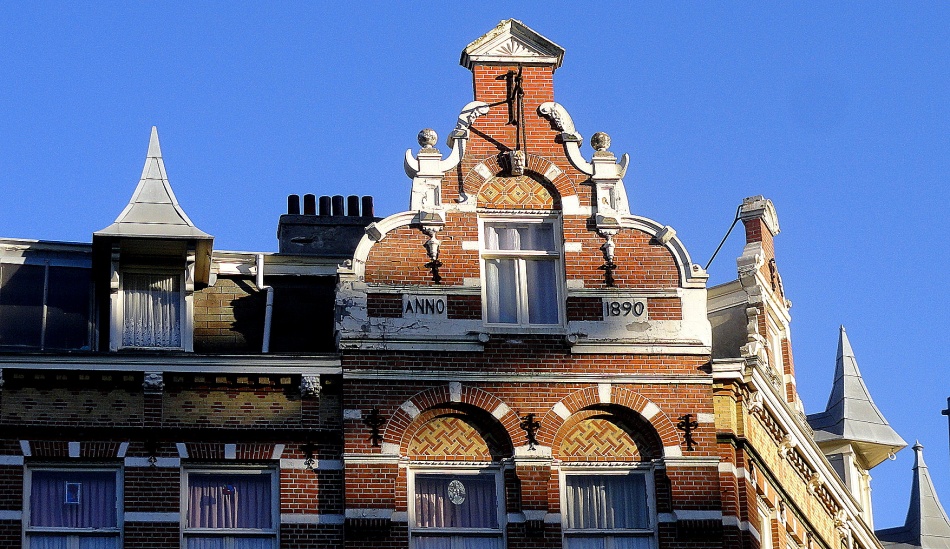 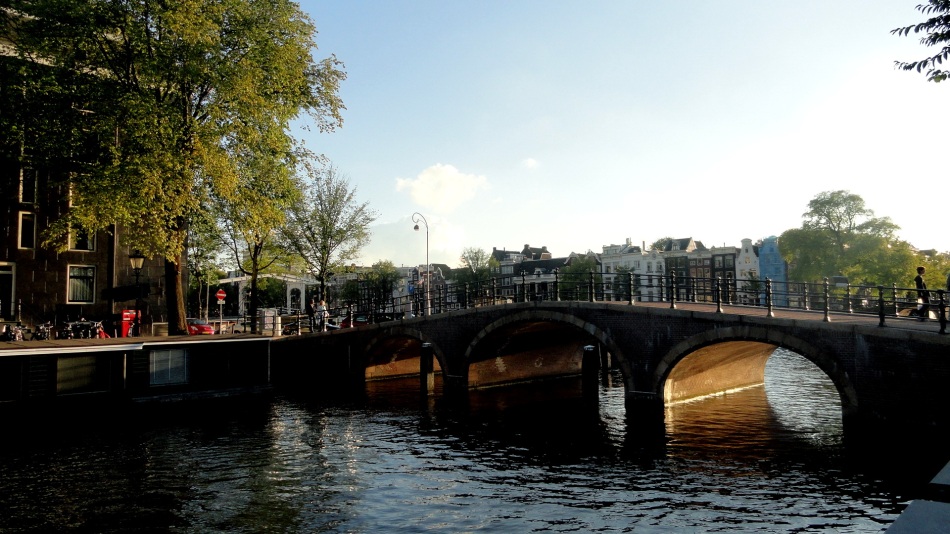 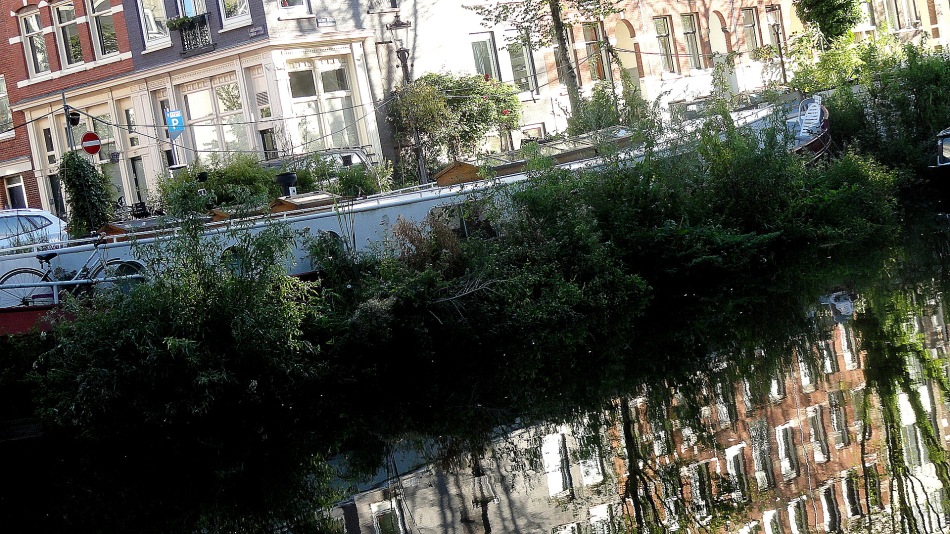 If you look closely you will note that there’s a house boat hidden behind those plants. It was hard to capture in the shot but I decided to show it anyway – I assume the plantings all around it mean it’s pretty much never moved any more but I could be dead wrong. And below, my ode to the nature that crops up surprisingly around Amsterdam. 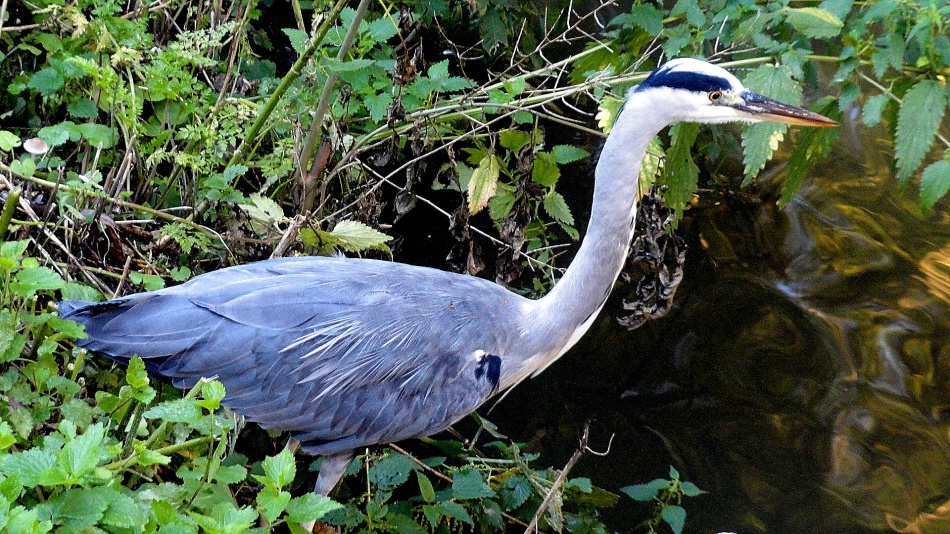 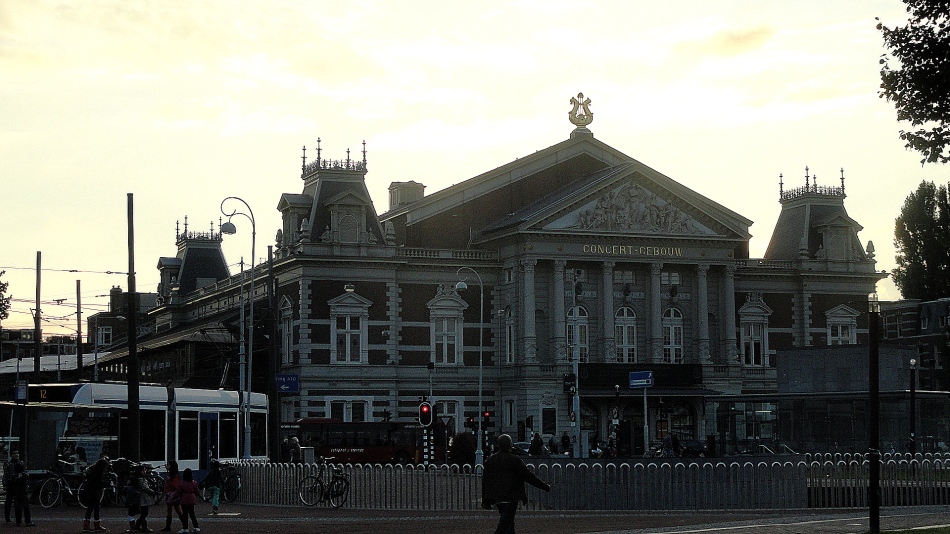 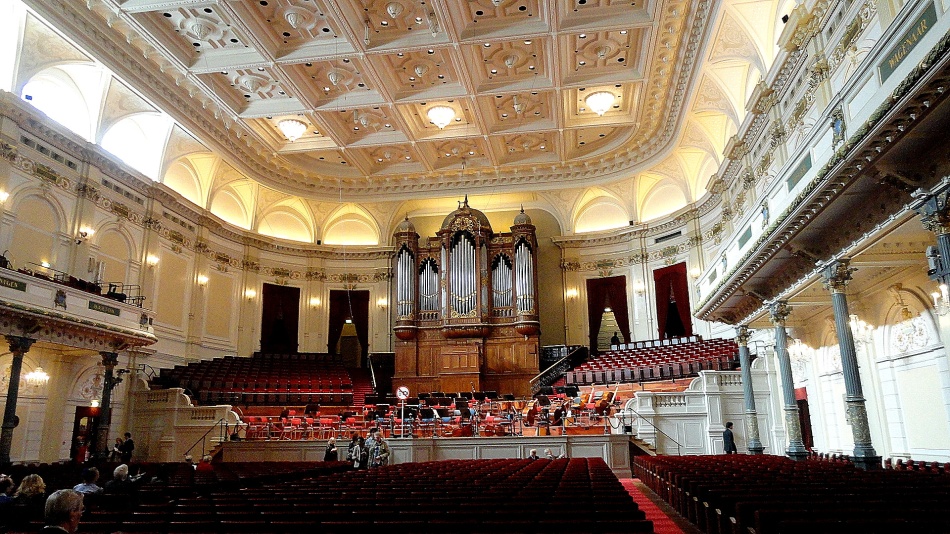 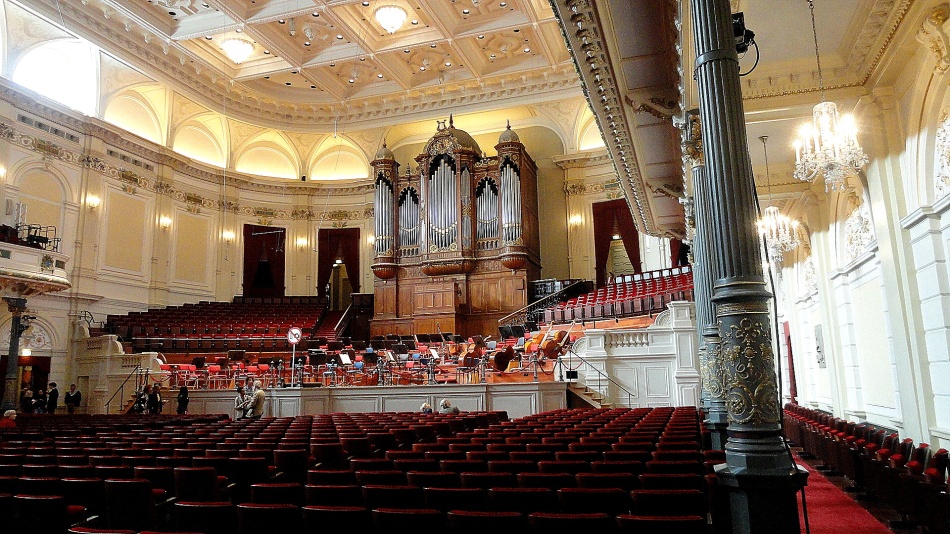 About the Concertgebouw: after college I lived in NYC and felt very grown up listening to classical music on WNYC, back when they had more music programming. For the life of me I can’t remember the lady’s name b/c Sarah Vowell of more-contemporary public-radio fame has drowned her out, but I do think it was a Sarah someone or other and she’d often play things recorded by the Royal Concertgebouw Orchestra. Hearing it on the radio and not knowing anything about Dutch I didn’t understand it just means royal concert hall…but I loved my monring radio, and had never been inside the building until this visit where I went wild with three concerts including one by the eponymous orchestra itself. It’s a lovely building so I got carried away with the shots in different weather conditions hehe. 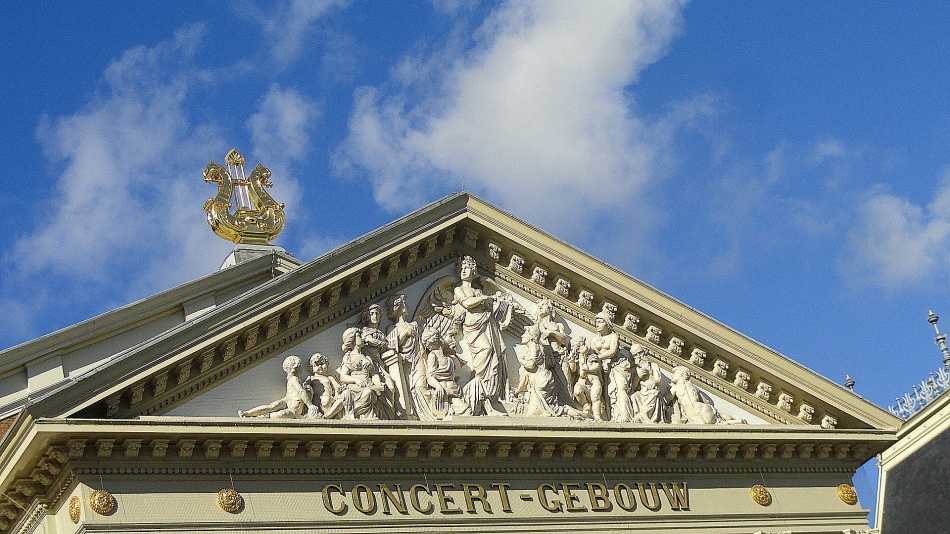 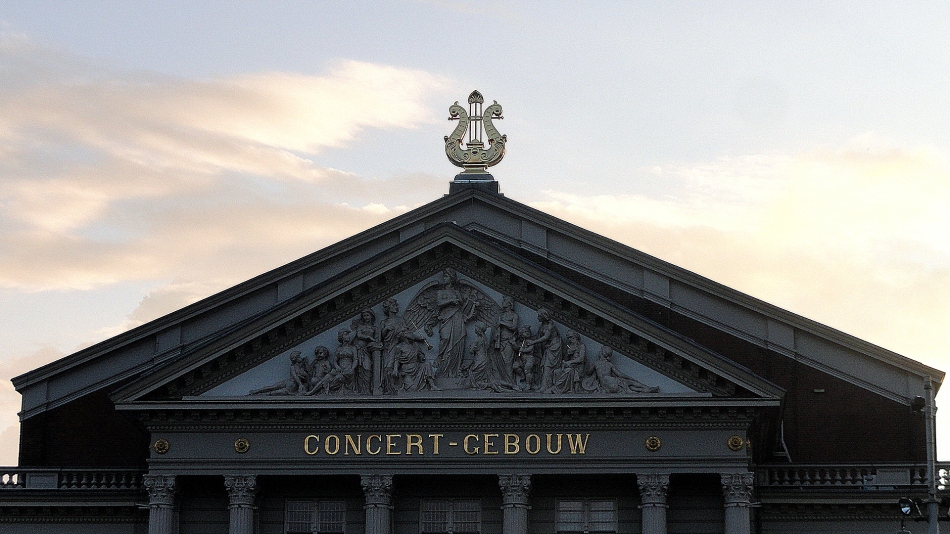